Raheem Sterling and Gary Lineker led the tributes after it was confirmed that basketball legend Kobe Bryant was killed in a helicopter crash on Sunday.

The former Los Angeles Lakers star was confirmed as one of the five people on board in the crash which occurred in Calabasas, California.

Manchester City forward Sterling tweeted, ‘Rest easy legend’, along with a photo of the 41-year-old in his prime playing years.

Tributes came from across the world of sport after news that basketball legend Kobe Bryant was killed in a helicopter crash in Calabasas, California, on Sunday morning

Former England striker and now prominent television host Lineker added: ‘Oh no. How awful. One of the greatest sportsmen of our lifetime. Utterly tragic.’

He wrote: ‘We miss you already Kobe.’

The 41-year-old former Los Angeles Lakers basketball star’s death was confirmed by TMZ. The outlet reported that Bryant was traveling with four other people in his private helicopter when it crashed, killing everyone on board. 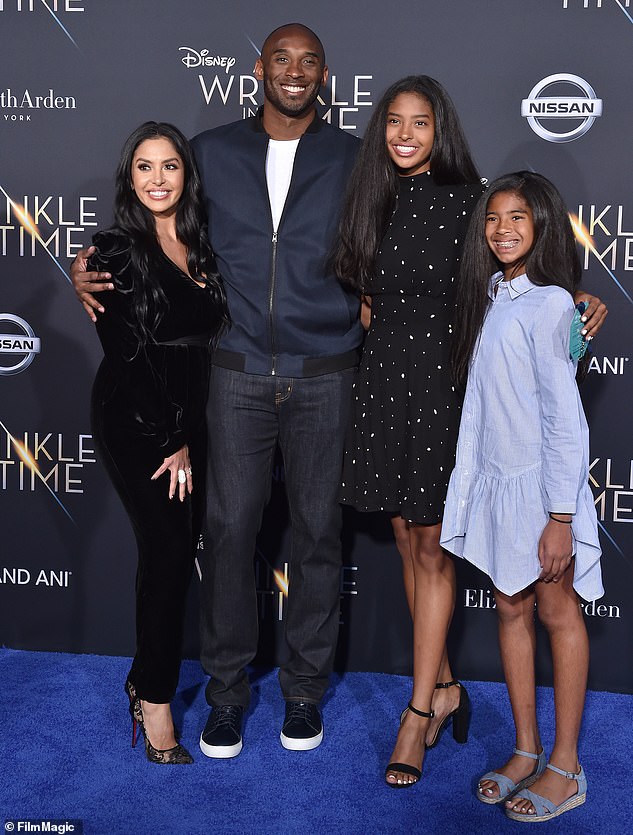 Officials with the Los Angeles County Sheriff’s Department responded to reports of the crash near Las Virgenes Rd and Willow Glen St in Calabasas at around 10am after a fire broke out.

The cause of the crash is under investigation. Witnesses reported hearing the helicopter’s engine sputtering before it went down.

Bryant established himself as one of the most transcendent sportsman in his generation and quickly became universally adored across the globe.

Paris Saint-Germain, AC Milan and a host of other top European football teams were quick to offer their condolences after the news broke on Sunday evening.

Bayern Munich defender Jerome Boateng, a keen basketball fan, was stunned by the news, writing: ‘No this can‘t be true. R.I.P. King – we will miss you all! Prayers are with the family.’