The founder of fashion label Kookai has admitted to crashing her luxury Ranger Rover into a home and fleeing the scene while drink driving.

Danielle Vagner, who co-founded fashion brand and is worth an estimated $100million, appeared in the Melbourne Magistrates Court on Wednesday, where she pleaded guilty to seven driving-related charges.

The 53-year-old was twice the legal limit when she crashed into the front of a house in South Yarra and was later filmed driving her mangled car down a Melbourne alleyway on June 12 last year.

Vagner had taken three Valium tablets the night before the incident to help cope with tooth pain, the court heard.

Danielle Vagner, who co-founded the $100 million chic fashion brand in Australia, appeared in the Melbourne Magistrates Court on Wednesday, where she pleaded guilty to seven charges

The next day she drank three glasses of rosé at lunch before heading to her dentist appointment, the court heard.

A note from the dentist, which was submitted by defence lawyer Robert Galbally, said Vagner did not seem ‘all there’ , which the dentist attributed to the Valium, The Herald Sun reported.

‘Her behaviour cannot be explained solely by reference to alcohol,’ Mr Galbally told the court.

Vagner’s driving behaviour was out of character and was probably the result of the medication combined with sleep deprivation, Mr Gallbally said.

He said she could not comprehend what was happening around her when she slammed the vehicle into the front of a South Yarra home.

Police prosecutor Kai Shulz told the court Protective Service Officers chased Vagner on foot as she fled the scene of the crash. 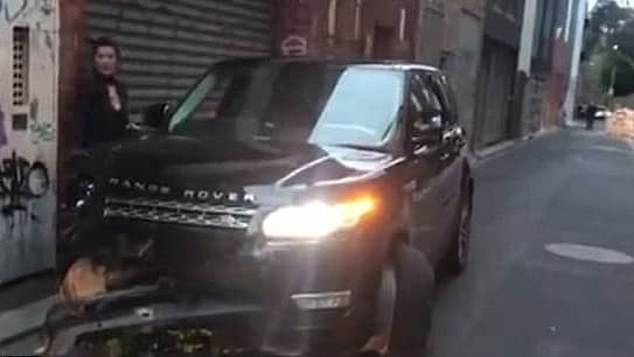 Vagner had managed to drive through multiple streets and laneways with both airbags deployed and with a front tyre missing – forcing her to drive on the rims before she was stopped.

When she finally came to a stop, police were called.

When asked by police why she fled the scene of the crash she said: ‘I didn’t think it was big deal’.

Vanger later admitted herself to Malvern Private Hospital and banned herself from driving. She also paid the homeowners an undisclosed amount of money for the damage she caused.

Vagner will be sentenced on March 6.

In the meantime, Vagner will be assessed for a community-based order. 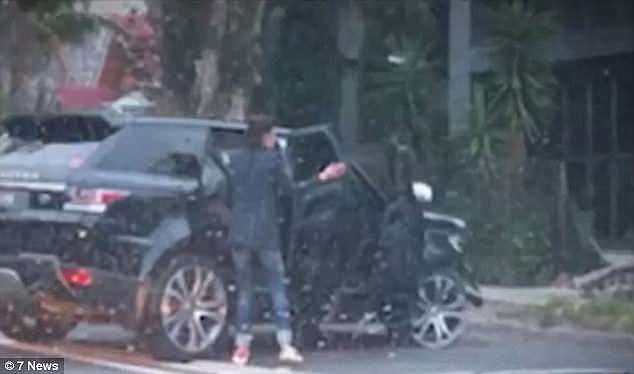