Korea agrees to peace but unification and denuclearization not settled

After the extraordinary meeting between Kim Jong-un and Moon Jae-in, the two leaders issued a statement outlining measures to improve relations between the two countries.

The Panmunjom Declaration for Peace, Prosperity and Unification on the Korean Peninsula, commits the two countries to denuclearization and talks to formally end the Korea War, 65 years after hostilities ended.

But the declaration, named after the village in the Demilitarized Zone (DMZ) between the two countries, contains many aspirations and appears to be short on detail about what has actually been agreed.

The two sides have been negotiating on and off since 1972 and much of what has been agreed between Kim and Moon Jae-in has been said before. So what tangible measures have agreed at the meeting? 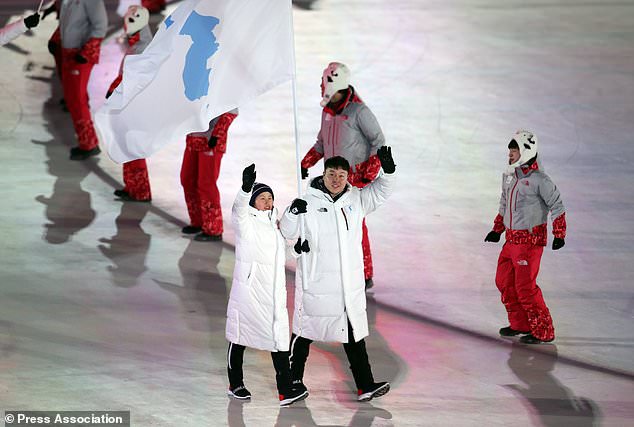 Following the Winter Olympics, when the two Koreas marched together at the opening ceremony and had a joint ice-hockey team, the two countries have agreed to send joint teams to future events such as the 2018 Asian Games.

The leaders also agreed to address the highly emotive issue of reunions between families divided by the war and the border, and to resurrect family visits, which were ended in 2015 as relations on the Korean peninsula deteriorated.

The two sides agreed to hold ‘reunion programmes’ on August 15, the day both Koreas celebrate their independence from Japanese colonisation.

After Moon took office last May, his administration quickly asked that the visits resume, but North Korea never officially responded. 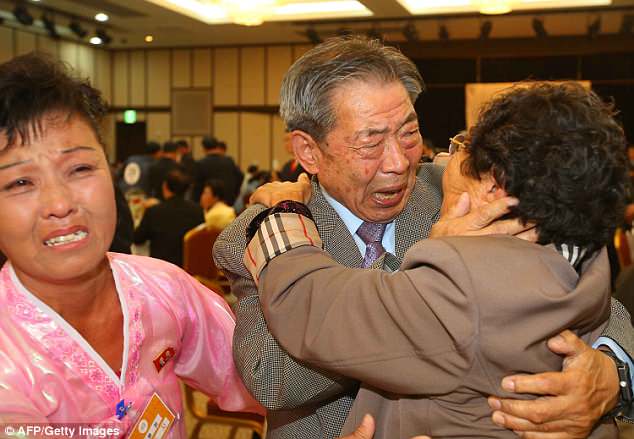 North Korean state media implied that the programme could be resumed if South Korea sent back a dozen North Korean waitresses who defected to the South after working at a restaurant in China, but that demand appears to have been dropped.

In order to build on the breakthrough in relations achieved at Panmunjon, the two sides have agree to establish joint liaison office with resident representatives of both sides in the Kaesong industrial zone on their border.

Currently, the two Koreas have respective liaison offices on each side of the border and use phones and fax machines for communication.

Officials will from both sides will be based at the office, located in an area where North Korean workers are employed by South Korean companies, with the aim of smoothing communications between the two countries.

De-escalating tension in the Demilitarized Zone

As well as agreeing to begin moves to formally end the Korean War, the two leaders also agreed measures to east tension the Demilitarised Zone.

The DMZ, which is 2.5 miles wide and snakes for 150 miles along the 38th parallel, was drawn in the 1953 armistice that ended three years of bitter fighting.

Over the years, it has not just been a physical frontier but a potent symbol of the tensions between the two Koreas, who blare out propaganda messages across their borders using enormous loudspeakers. 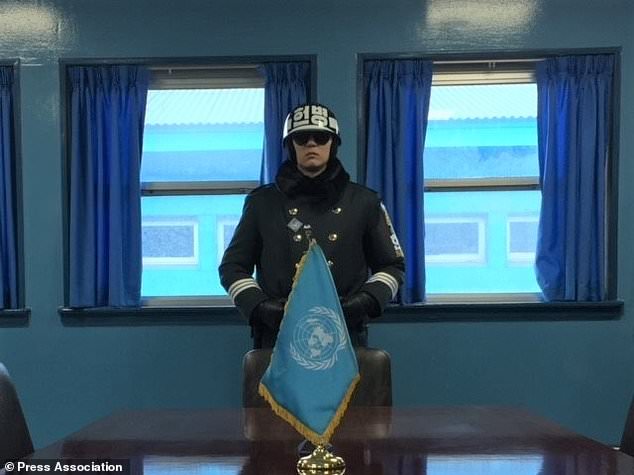 A South Korean guard straddles the demarcation line: the right half of the table is in North Korea

There has also been a bizarre rivalry over flagpole sizes which started during the 1980s, when the South Korean government built one 321.5-foot tall, prompting the North Korea to responded by building a 525-foot one.

But North and South Korea have agreed to turn it into a peace zone as of May 1 with both sides agreeing to end ‘hostile acts’ including the broadcasts and the distribution of propaganda leaflets.

They have also agreed to hold frequent defence ministerial and working-level meetings in a bid to immediately discuss and solve military issues, with the first military talks to be held in May at the rank of general.

Details of that would be achieved was not made clear and many analysts remain sceptical about the North’s apparent conversion to a nuclear free peninsula.

Major uncertainty still surrounds North Korea’s commitment to ‘denuclearize’ and what it would demand in return.

Starting in the early 1990s, the North has built up a nuclear arsenal as a deterrent against a U.S. invasion and as a safeguard for the continuance of its totalitarian regime. 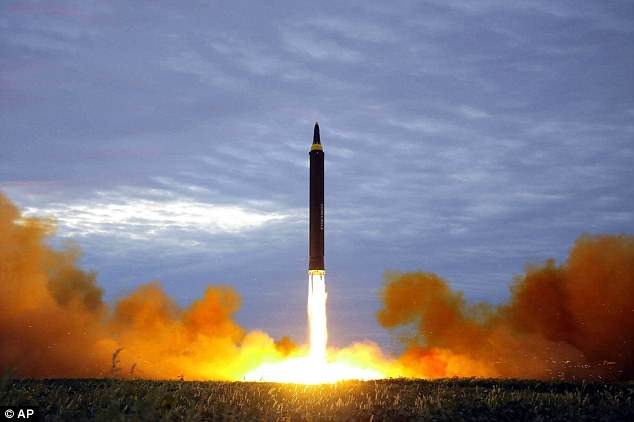 Christopher Hill, who was the lead U.S. negotiator with North Korea under the George W. Bush administration, said the onus would be on the Trump administration to work out the details of a deal.

Key hurdles would be to establish a timetable for denuclearization and to overcome North Korean reluctance to allow a verification process.

‘I’m guided by my experience which was they said all the right things but they gave us a declaration that was not complete and not entirely accurate, and they also failed to give us any kind of verification protocol,’ Hill said.

As for unification, the idea remains a distant dream, though one brought a small step nearer by the agreement to end the war, a precondition for talks both sides have long held.

The first priority, according to South Korea’s Unification Ministry, is to develop a sustainable relationship and resolve the issue of North Korea’s development of nuclear weapons.

South Korea wants to then develop trust and cooperation to the point where a sort of national consensus has been achieved.

After a transitional commonwealth period, the next step would be the formation of a single market on the Korean Peninsula ‘to create new growth engines and create an inter-Korean economic community of coexistence and co-prosperity.’