Kosovan legislators have approved the border demarcation deal with Montenegro despite the opposition’s use of tear gas in a bid to stop the vote.

The gas was released in Kosovo’s parliament by opposition MP’s to stop the controversial land-deal vote going ahead with Montenegro.

MP’s were expected to vote on the controversial agreement when the Self-Determination Movement party threw tear gas canisters in the assembly as the vote on the long-pending land-deal was about to start.

Footage from inside the building shows members of the 120-seat parliament covering their mouths and making their way towards the exit as the containers are hurled across the room.

The building was evacuated after the incident which happened earlier today.

The proposed land deal is a precondition set by the EU to give Kosovans the ability to travel visa-free and the eventual membership to the European Union. 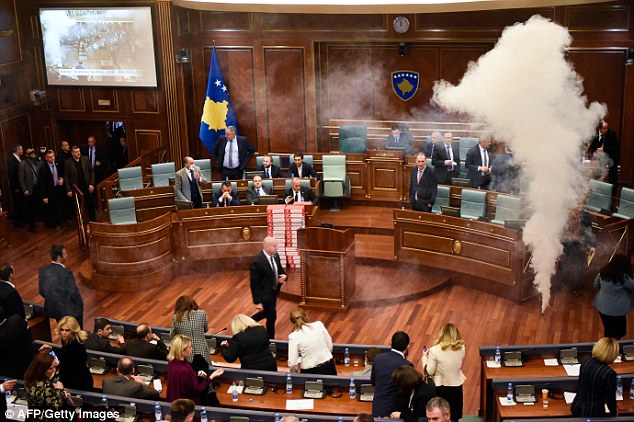 Montenegro has already approved the deal but the movement opposes the deal claiming that Kosovo lose 20,000 acres of it’s land to it’s neighbours under the border agreement that was reached in 2015.

Responding to the attack,  Nataliya Apostolova, the European Union’s ambassador, said on : ‘Appalled by tear gas release in Kosovo Assembly! Shocked that members of a parliament in Europe are resorting to dangerous tactics pulling Kosovo backwards. 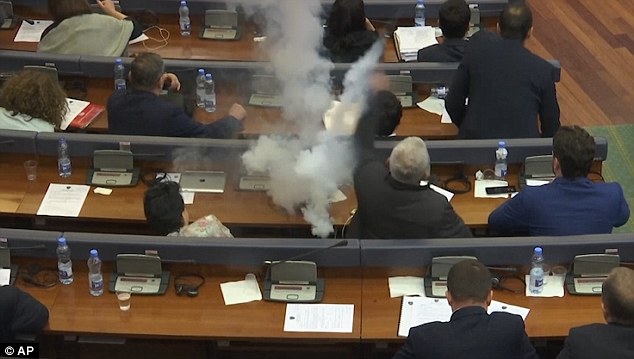 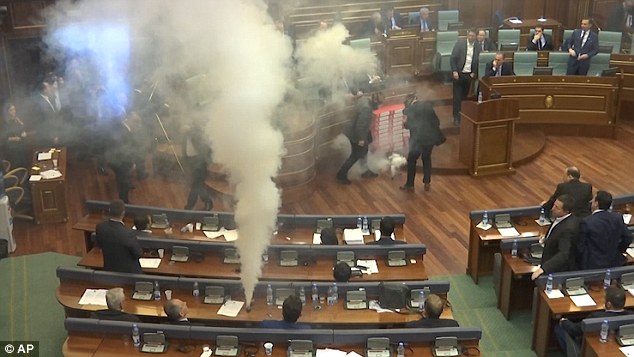 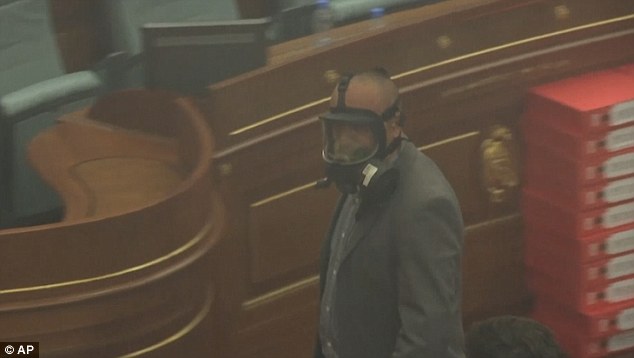 US ambassador to Kosovo, Greg Delawie, condemned the ‘violence’ as a ‘political tool’ with ‘no place’ in the country and urged people to vote regardless.

Kosovo declared independence from Serbia in 2008 and most EU countries have recognised it as an independent country. However, international reaction has been mixed with some countries believing that it stands for the self-determination of secessionist movements.

Opposition leader Albin Kurti complained that the vote was passed because most of the party’s lawmakers were barred or taken away by police for questioning after the tear gas was set off. 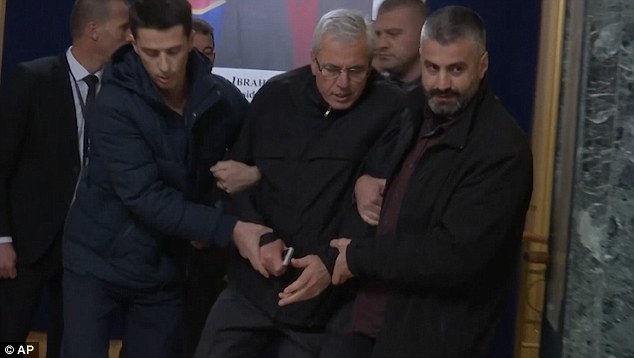 A man is seen being taken out of the building after the tear gas is thrown. The building was evacuated after the incident