Checking into the same hotel earlier in the day doesn’t seem to have been a coincidence.

Kourtney Kardashian and Scott Disick were spotted out and about together in New York City on Saturday afternoon.

The exes enjoyed a stroll downtown after grabbing lunch at Bar Pitti.

Friendly exes: Kourtney Kardashian and Scott Disick were spotted out and about together in New York City on Saturday 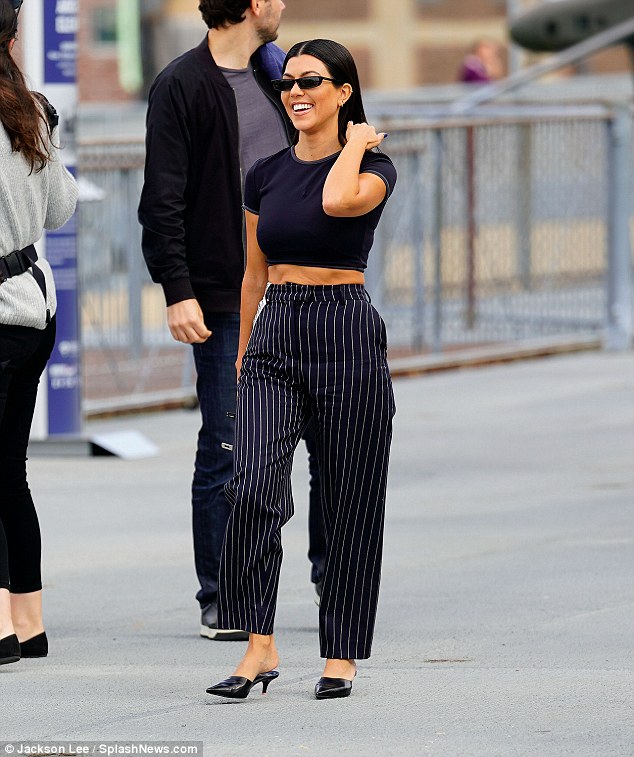 In a good place: The petite diva seemed to be in excellent spirits as she smiled

They were accompanied by middle child and only daughter, six-year-old Penelope.

Kourtney, 39, looked smashing in a pair of navy pin stripe trousers with some killer navy heels to match.

Up top she wore a tight navy crop top that flashed a hint of her toned midriff, finishing the look off in stylish shades and the cutest black purse.

Scott meanwhile, rocking his new shorter and much tidier hairdo, dressed casual in jeans and a dark green hoodie. 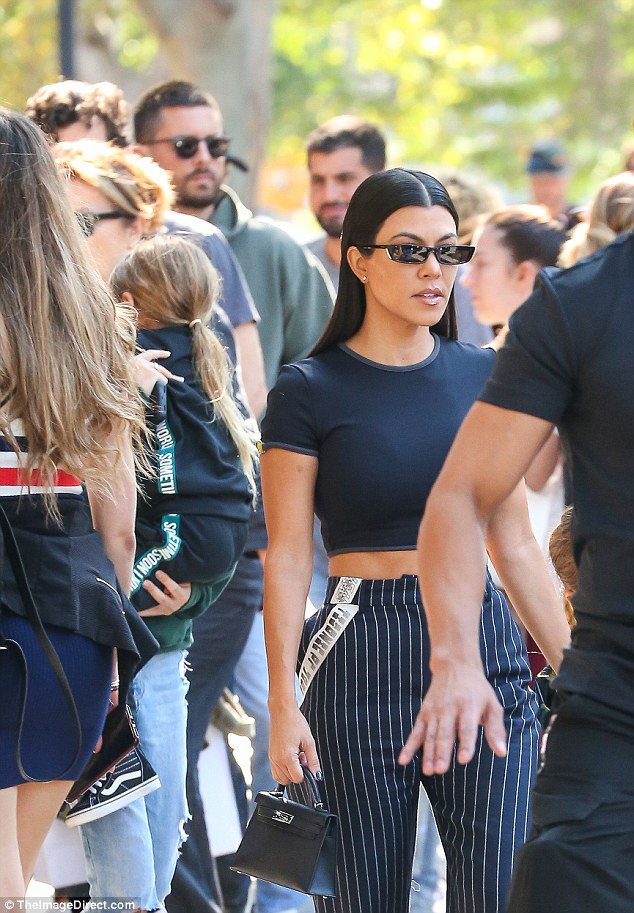 Safe distance: While the former couple were technically out ‘together’, Scott did remain a good few paces behind his babymomma 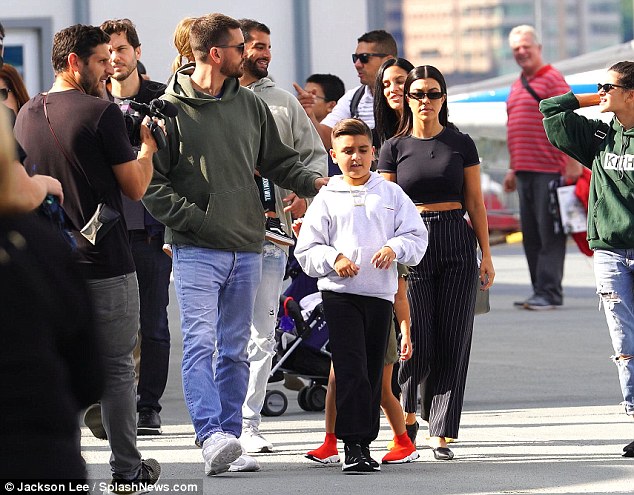 Penelope matched her mom in the style stakes with an eye-caching floral patterned raincoat and bright red trainers.

While the former couple were technically out ‘together’, Scott did remain a good few paces behind his babymomma.

Earlier in the day, the whole family checked into the same NYC hotel, albeit through different doors.

Scott arrived to the front of the hotel with Penelope and eight-year-old mason, while Kourtney instead used the rear entrance, carrying three-year-old Reign.

The family appear to be in town to film some episodes of Keeping Up With The Kardashians; while Kourtney’s brother-in-law is set to perform on the season premiere of SNL. 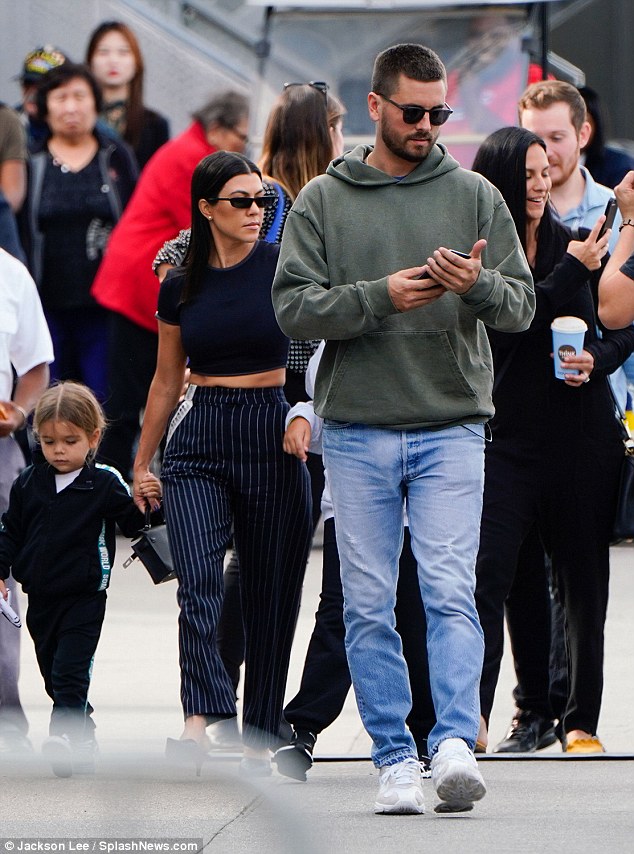 Never far from each other: Scott looked at him phone – maybe Sofia called? – as Kourtney trailed behind

The family outing comes after Kim hinted at a reunion between her sister and former brother-in-law during a teaser for Sunday night’s KUWTK.

‘So Scott just texts me that he wants to have another baby with Kourtney,’ Kim, 37, tells family friend Larsa Pippen during the episode.

‘If they both want to have more kids, why not have them together? Their kids are gorgeous. 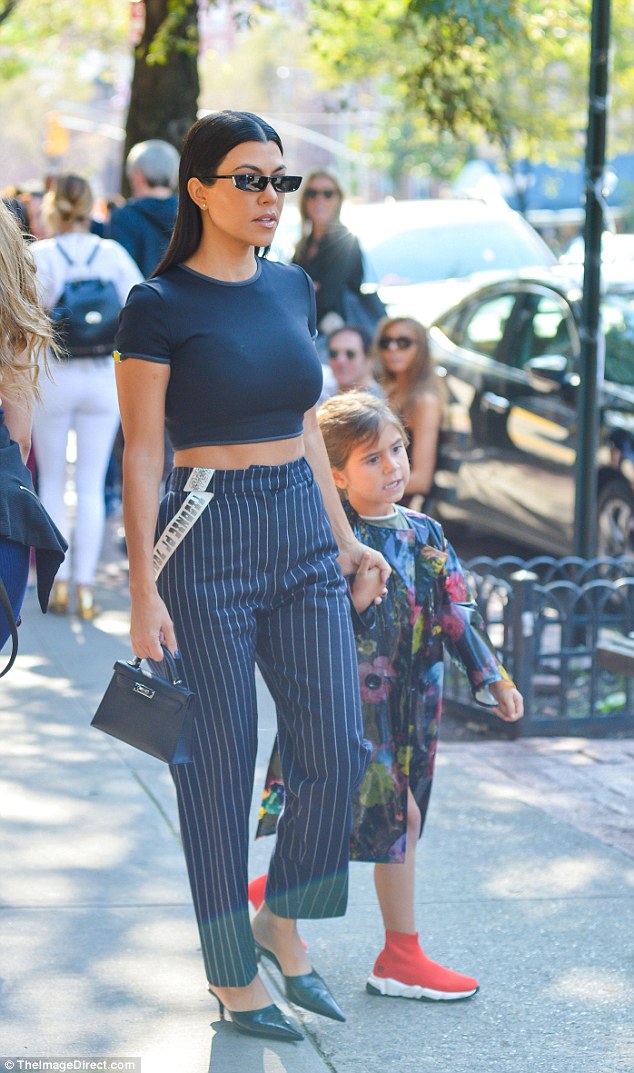 Hot mama: Kourtney, 39, looked smashing in a pair of navy pin stripe trousers with some killer navy heels to match 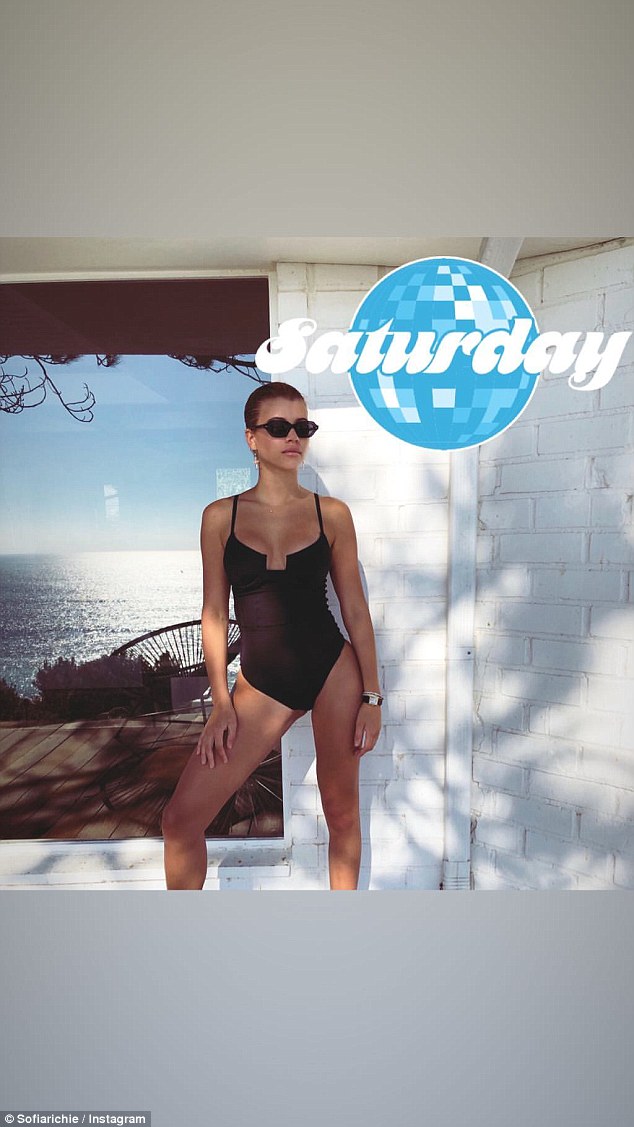 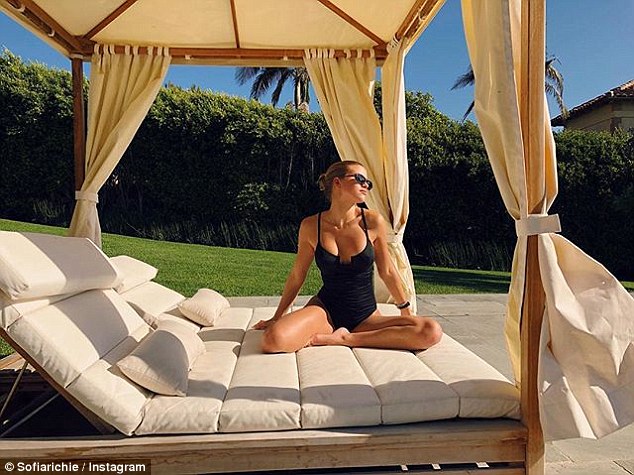 Sun-kissed: The blonde beauty soaked in some rays far away from Disick’s side