She has been busy making her new Hulu series with her family.

But Kourtney Kardashian stole the spotlight as she seemingly continued shooting the new show on Thursday.

The reality star, 42, shared a snap of herself putting on a busty display in a fitted white tank top in a series of Instagram shots captioned ‘Day 1 of filming.’

The slideshow began with a photo of Kourtney tilting her head while showcasing her envy-inducing lashes fluttering above her brown eyes.

She rocked an array of edgy necklaces, ranging from one of a cross and crossbones to several crosses.

A second photo put Kourtney’s fabulous legs on display as the reality star shared a full-length image for fans. 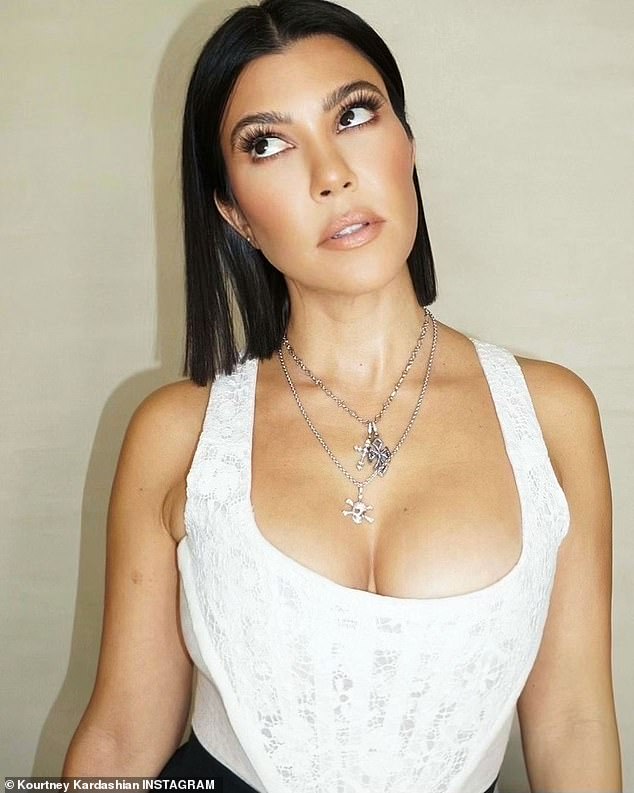 Side eye! The slideshow began with a photo of Kourtney tilting her head while showcasing her envy-inducing lashes fluttering above her brown eyes

The Poosh founder pouted her lips while rocking an edgy pair of shades.

Kourtney appeared to be referring to her new Hulu series in her caption, however she has been seen filming the show with her sisters previously.

It was first reported in December last year that the Kar-Jenner family were joining with Hulu to create ‘new global content’ under a multi-year deal to stream exclusively with the company. It will be streaming internationally on Star. 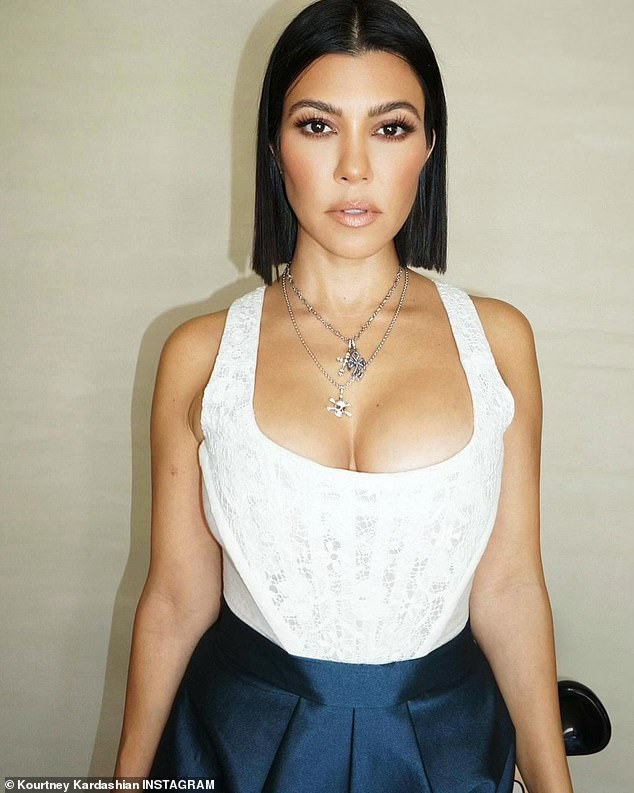 Selfie queen: A third image showed Kourtney looking every inch the model as she posed directly for the camera

It was said at the time that the new show – featuring Kris, Kim, Kourtney, Khloe, Kendall and Kylie – would be arriving to the streamer by the end of 2021, and it seems as though filming is already well under way.

There will certainly be lots to discuss on the new show as well, particularly Kim’s most recent outfit choices and exactly what is going on between herself and Kanye, amid rumors of a reconciliation.

Yet, viewers maybe more eager to check in on Kourtney, whose whirlwind romance with Blink 182 drummer Barker has caught many headlines. 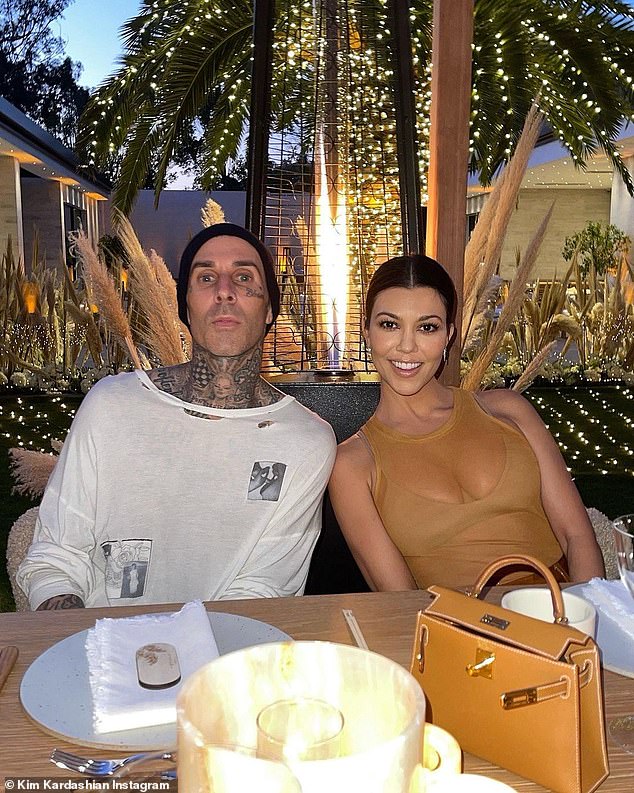 He makes her heart beat! Kourtney has been dating Blink-182 drummer Travis Barker this past year

Khloe has also had continued drama in her love life, answering back to social media critics who have been asked whether or not she will be getting back with her love cheat ex Tristan Thompson.

And if it seems like that the family haven’t really been gone for long – it’s because they haven’t.

Fans only said goodbye to them on TV in June this year, when after 14 years, 20 seasons, and 268 episodes, the Kardashian-Jenner gang bid a bittersweet farewell to their fans on the E! incarnation of their show.

The episode titled ‘The End P.2’ showed the famous family taking one last trip for the series to Lake Tahoe, staying at a lush 15-acre estate, costing $6,000 a night, which took place before Christmas last year.

In the final show, Kim confessed that she has turned to a therapist to deal with her martial problems with now-estranged husband Kanye West, while Khloe presided over a future in Boston with on-again boyfriend Tristan Thompson.

Now fans won’t have to guess too hard about which topics the three ladies will have discussed on their most recent Malibu excursions.

The Kardashians’ Hulu show is expected to debut later this year. 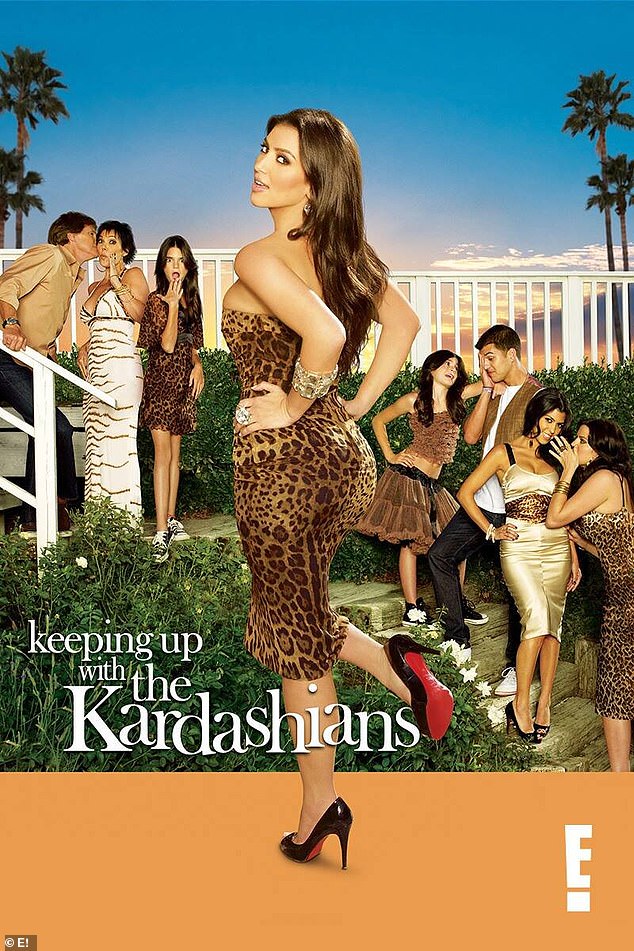 Iconic series: Fans said goodbye to KUWTK on TV in June this year, when after 14 years, 20 seasons, and 268 episodes, the Kardashian-Jenner gang bid a bittersweet farewell to their fans on the E! incarnation of their show