She helped financially rescue a Los Angeles community center this year when it was on the verge of shutting down.

And Kourtney Kardashian, 39, brought her daughter Penelope, six, to the Watts Empowerment Center this Wednesday.

Kourtney shared a sweet Instagram photo of herself hugging a little girl at the location, whose website gives ‘youth, young adults and families’ as its target audience.

Kourtney Kardashian (middle), 39, brought her daughter Penelope, six (right), to the Watts Empowerment Center this Wednesday, where the little girl ‘made a new friend’ (left)

Penelope stood beside her seated mother, who had a radiant smile on her face as she held the other little girl in her arms.

‘Blessed to have had another little angel come into our lives. P made a new friend,’ wrote Kourtney in the caption to the snapshot.

She tagged Justin Mayo’s charity Red Eye, which operates the Watts Empowerment Center, saying ‘the work you do is contagious and straight from your heart.’

Kourtney had been glimpsed Wednesday strolling over to the center with both Penelope and the latter’s eight-year-old brother Mason. 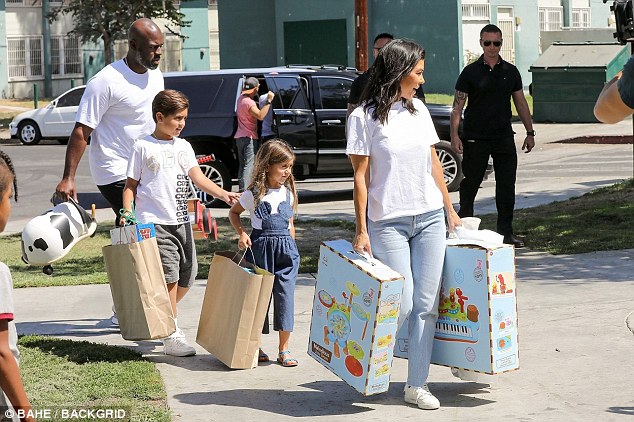 Family outing: Kourtney had been glimpsed Wednesday strolling over to the center with both Penelope and the latter’s eight-year-old brother Mason

All three of them were carrying huge bags of toys, presumably to donate to the Watts Empowerment Center so the children there could enjoy them.

On account of cuts to its public funding, the center was so strapped for cash earlier this year that it was on the verge of dissolving itself.

But the Kardashian-Jenner clan leaped into the fray, keeping the place in operation with a donation north of $100,000, TMZ reported this March. 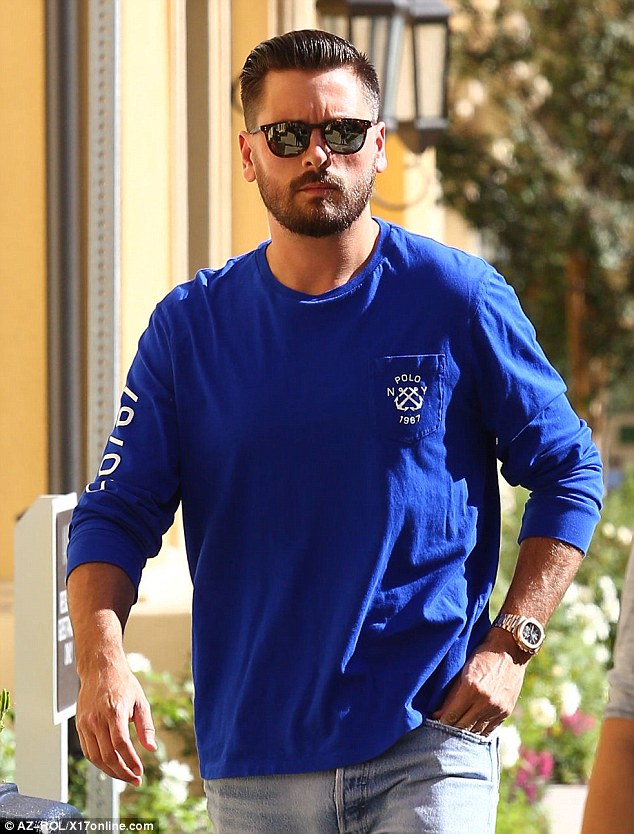 Along with Penelope and Mason, Kourtney shares a three-year-old son called Reign with her 35-year-old ex Scott Disick. He is pictured out in Calabasas on Friday after getting a hair cut

At the ribbon-cutting in March, Kim said to residents of the South Los Angeles area: ‘Thank you guys all so much for welcoming us into your community, and we’re so proud that you guys get to see all the amazing things my mom and Corey have done to set up this center. I hope you guys enjoy it,’ per Entertainment Tonight.

Before that, he was briefly the youth communications director at the original Sydney chapter of the megachurch Hillsong, which has branches all over the world and has lately attracted a flurry of high-profile celebs to its services, including Kourtney. 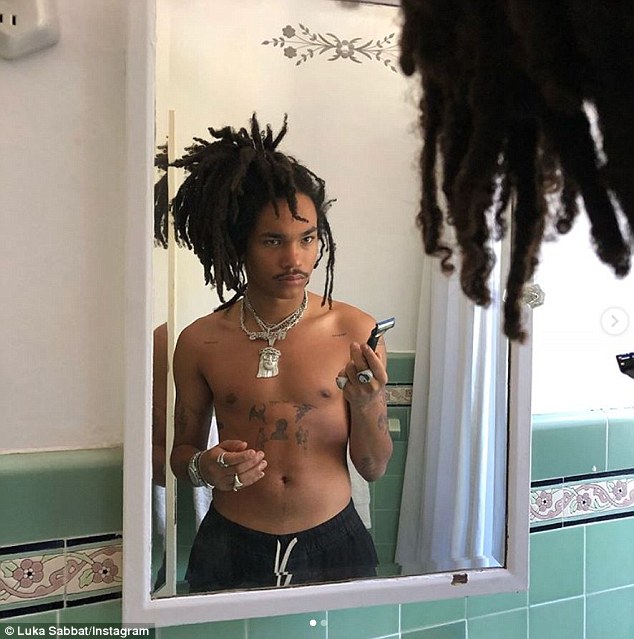 New man?: Kourtney is being linked to 20-year-old model Luka Sabbat (pictured), but a source insisted to Entertainment Tonight they are ‘100 percent not dating’

Along with Penelope and Mason, Kourtney shares a three-year-old son called Reign with her delectable 35-year-old ex Scott Disick.

After recently breaking up with her 25-year-old toyboy, Algerian model Younes Bendjima, Kourtney was linked to 20-year-old model Luka Sabbat.

But an insider insisted to Entertainment Tonight this week: ‘Kourtney is 100 percent not dating Luka. They have some friends in common and have become friends, but it’s nothing more than that. Any reports that state otherwise are completely bogus.’

‘Kourtney is very happily single, she is not dating anyone at the moment,’ the source continued. ‘Her focus, as always, continues to be her children and her family.’