The risk of war in the Arctic involving Russia and NATO is rising, claimed a top Kremlin commander.

He pointed to an alleged significant increase in NATO’s presence in polar waters warning that military exercises by Britain and the US along with other Western countries have doubled in five years.

This comes as Vladimir Putin has ordered the reopening and modernisation of military bases along Russia’s 15,000 miles of Arctic coastline as the Kremlin taps vast offshore oil and gas reserves.

A military drill in the Sea of Okhotsk. Vladimir Putin has ordered the reopening and modernisation of military bases along Russia’s 15,000 miles of Arctic coastline 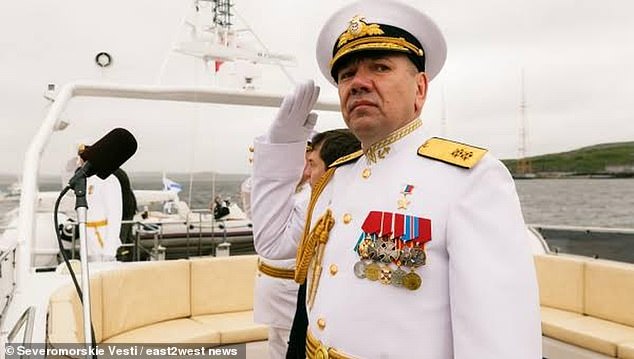 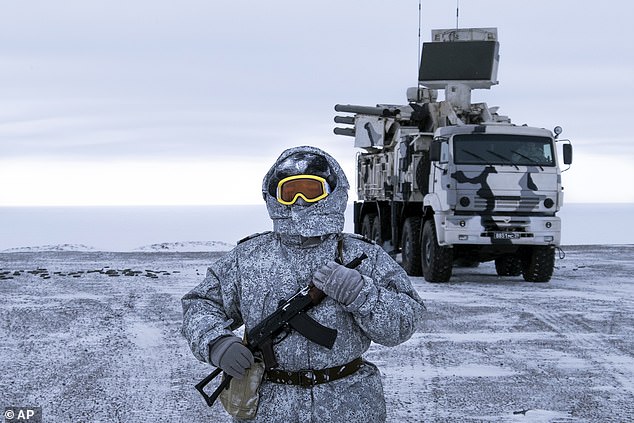 A Russian solder standing guard at the Pansyr-S1 air defence system on the Kotelny Island. Russia recently opened a Arctic military base on the remote island

‘In the near future, we should expect a further increase in the military presence of the combined armed forces and, as a result, an increase in the likelihood of conflict,’ said Moiseev, urging NATO to keep out of what Moscow sees as its mineral-rich polar backyard.

‘In recent years, the joint armed forces of the alliance’s member states have carried out dozens of exercises in the close proximity of our northern borders.

‘The drills were different in size and involved various weaponry, ranging from nuclear submarines, carrier battle groups and other units, including special operations forces.’

The northern fleet commander accused the West of seeking to pressure Russia with sanctions and politicise multilateral cooperation in the Arctic.

He accused NATO countries of failing to recognise Russian national interests and a readiness to use military force as a means to achieve political goals. 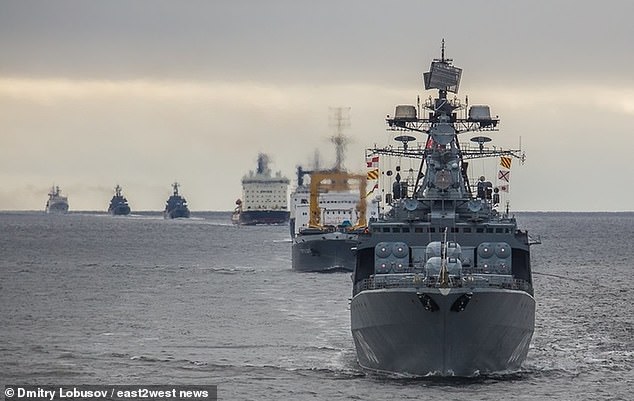 Russia’s Northern Navy on patrol in the Arctic. Northern fleet commander,Alexander Moiseev, accused the West of seeking to pressure Russia with sanctions and politicise multilateral cooperation in the Arctic 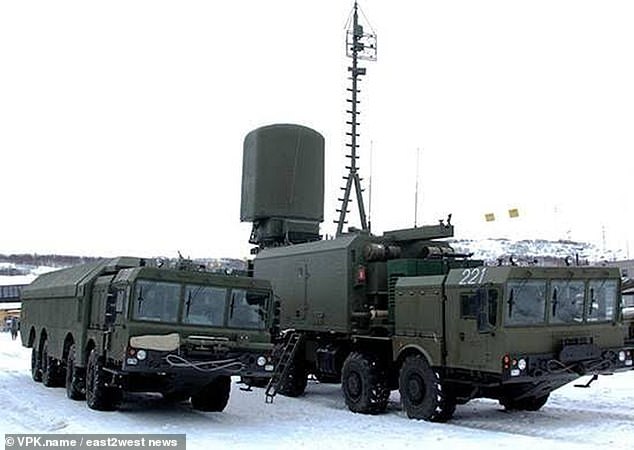 The Russian Bastion Missile Complex in the Arctic. The Kremlin has increased its war games in pristine Arctic waters recently 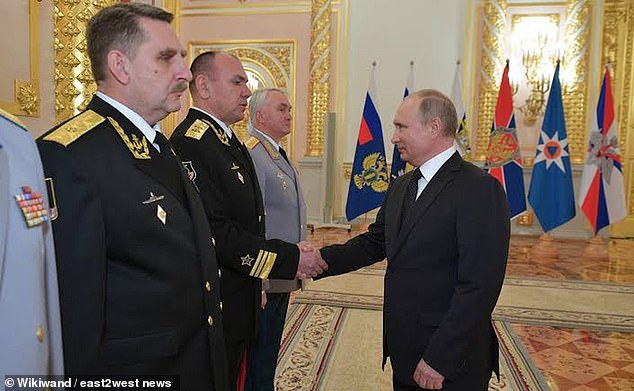 And he claimed non-NATO countries Sweden and Finland were increasing their Arctic military interests – along with countries which do not have polar territory.

‘The military formations of non-aligned states are becoming increasingly involved in military exercises and exercises in the region, first of all, Sweden and Finland, which are actively participating now,’ he said.

‘Countries that do not have direct access to the polar regions, more and more actively try to gain access to the resources of the Arctic, [and] its transport communications.’

Moiseev claimed ‘there are no challenges in the Arctic requiring military solutions, I draw attention to this’.

Despite this, he insisted: ‘The Russian Federation nevertheless considers building up its military potential in the Arctic zone as a necessary measure to counter possible threats and create favourable conditions for protecting national interests.’ 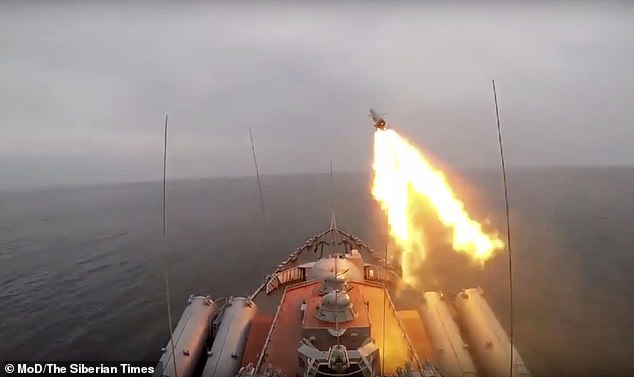 A Russian drill in the Sea of Okhotsk pictured (above). Russia recently launched its first ‘combat icebreaker’ to boost its military presence in the Arctic 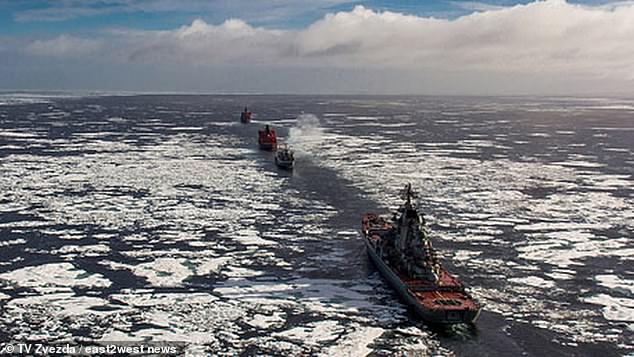 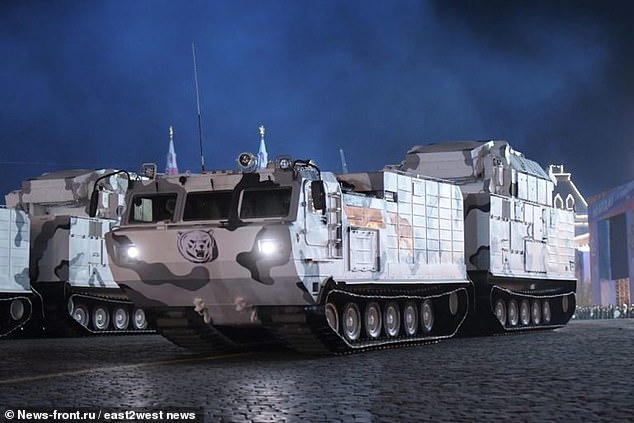 Russia’s TOR Arctic Missile Complex pictured (above). Moiseev accused the West of having a readiness to use military force as a means to achieve political goals

The Kremlin has also increased its war games in pristine Arctic waters.

Russia recently launched its first ‘combat icebreaker’ to boost its military presence in the Arctic, and is well underway with opening Arctic military bases for example on remote Kotelny island.

The Ivan Papanin can cut through almost 5ft thick ice and uniquely is heavily armed with Kalibr cruise missiles and a 76.2mm gun.

It will act as the base to a Ka-27 anti-submarine helicopter and two Raptor-class speedboats.

The 8,500-tonne vessel, launched in St Petersburg, is the lead vessel of a new class of ice-countering warships in the Russian navy.

Moscow is seeking UN approval for its claim that underwater ridges mean its continental shelf should be expanded, increasing its right to exploit the untapped reserves.

Moiseev was speaking at the ninth international forum Arctic: Present and Future, held in St Petersburg. 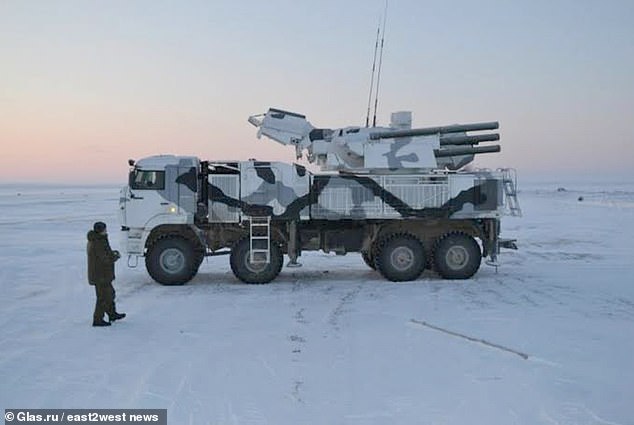 Russia’s Pantsyr-S Missile Complex in the Arctic. Moiseev said the joint armed forces of NATO members have carried out dozens of exercises in the close proximity of Russian Arctic borders