Kroger to introduce self-driving cars at two of its Houston stores, allowing groceries to be taken to homes WITHOUT a driver after thousands of successful deliveries in Arizona trial

Kroger is to introduce self-driving cars at two of its Houston stores, allowing grocery orders to be delivered to homes without a driver following thousands of successful deliveries in a trial in Arizona.

The Cincinatti-based supermarket chain has teamed up with Nuro, a Silicon Valley startup founded in in 2016 by two engineers who worked on self-driving cars at Google.

Supermarket chain Kroger is to introduce self-driving cars made by Silicon Valley startup Nuro at two of its Houston stores, allowing grocery orders to be placed online and delivered to homes without a driver

The firms first worked with each other in a 2018 trial in Scottsdale, Arizona, in which more than 2,000 grocery deliveries were made.

Nuro now aims to roll out the unmanned driverless vehicle, the R1, in Texas within the next few weeks.

The fully electric R1 is a ‘Level Four’ fully autonomous vehicle, meaning it does not require human instruction for most situations, relying instead on high-definition mapping.

It navigates the roads using self-driving sensors including cameras, radars, and a spinning ‘lidar’ unit on its roof.

Co-founder and president of the company Dave Ferguson said that the deliveries would initially be made with self-driving Toyota Prius vehicles, with safety drivers on board. 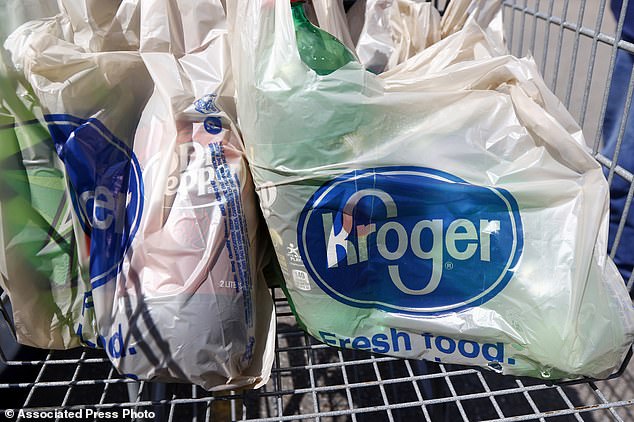 The move comes following a successful trial in Arizona, which was started in 2018. It has reportedly seen thousands of deliveries made already 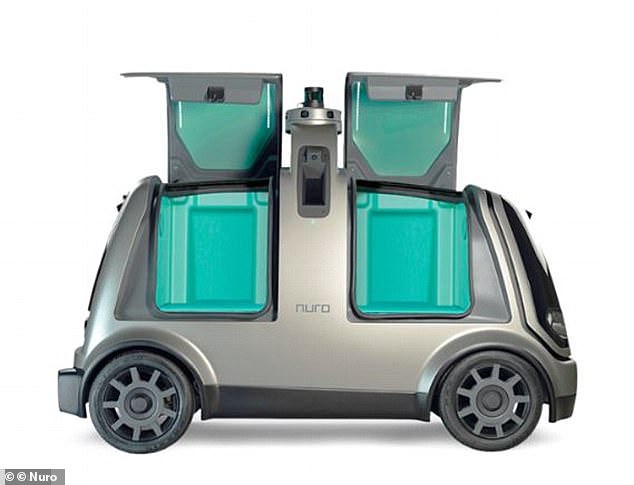 Co-founder and president of the company Dave Ferguson said that the deliveries would initially be made with self-driving Toyota Prius vehicles, with safety drivers on board

‘These are passenger vehicles just like regular Priuses that we’ve added sensing and computing to so they can drive themselves,’ he said.

‘It was very cool to see it pull up. It was a lot smaller than I thought it would be,’ Baggett said.

‘I told my husband, “We just got our groceries delivered by a robot,”‘ she added

But other residents said they’re not ready for the change. 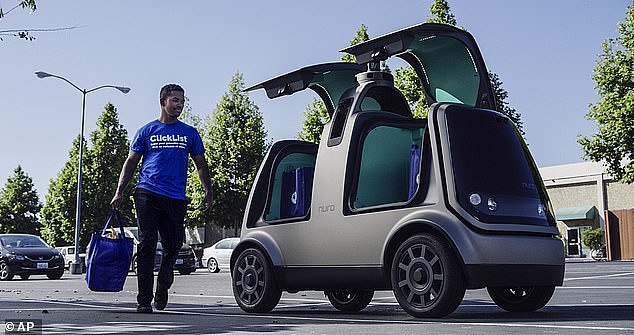 Last year’s trial run received praise from Arizona resident Shannon Baggett. ‘It was very cool to see it pull up. It was a lot smaller than I thought it would be,’ Baggett said. She added: ‘I told my husband, “We just got our groceries delivered by a robot”‘

‘I just don’t think we are there yet to have a driverless car,’ local resident John Jones said to ABC13.

Customers can place orders from the markets’ website or app for a $5.95 fee.

Nuro will expand the number of cars fitted with self-driving hardware and software to about 50, according to Verge. It will operate in California, Arizona, and Texas with safety drivers behind the wheel.