An aspiring NRL player is ‘ecstatic’ after being found not guilty of raping a woman at his house after sex with her friend upstairs.

After a wrenching sixteen day trial, a Sydney jury on Thursday found Kurt De Luis, 24, not guilty of all sexual intercourse without consent and attempted rape charges.

The jury spent about four hours deliberating before dismissing the case against the former Blacktown Sea Eagles Canterbury Cup player in its entirety.

The case against Mr De Luis, as described in court, involved a wild night at his sharehouse in Oatlands, in Sydney’s west last July. 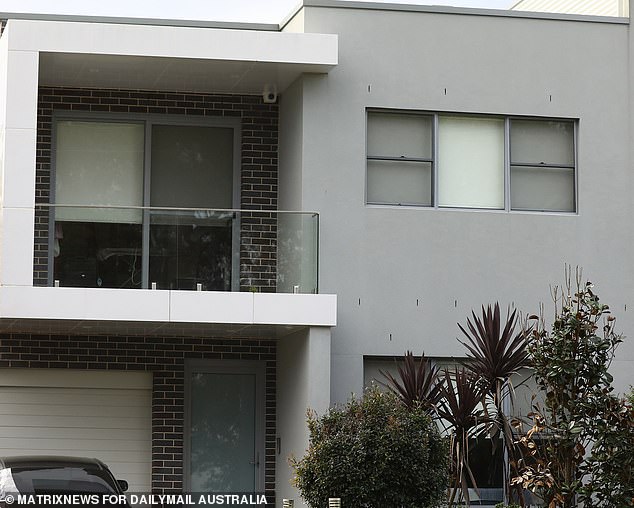 The incident had been alleged to have happened in the ‘smallest bathroom in the world’ in the above sharehouse in Oatlands, in Sydney’s west, in July 2019 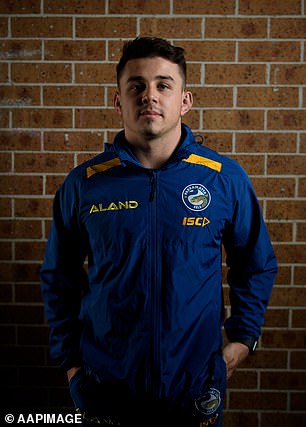 Eels player Reed Mahoney (left) was a witness at the trial, with the court hearing he told the alleged victim on the driveway: ‘You’re only upset because your mate caught you being a wh**e.’ In a further twist, the court heard De Luis had sex with his first companion in his housemate Jamie Lee Price’s bedroom as she was away at the time

After a big night out in Parramatta, the court heard Mr De Luis had sex with a woman upstairs in his netballer housemate’s bedroom.

The jury were told he failed to ‘finish’, then came downstairs and had sex with a young woman, 18, in the bathroom – which led to him be wrongly accused of rape.

But their encounter, which Mr De Luis insisted was consensual, ended when his previous sexual partner barged in on them.

The jury heard Mr De Luis’s bathroom companion then ran out and told Jacob Esau, who she had previously been kissing in the same room, ‘I thought it was you!’

That sparked a police investigation, charges being laid and a year-long ordeal that cratered the young man’s career and only ended this afternoon.

Solicitor Michael Bowe told Daily Mail Australia that his client had lost his job and been unable to play football as a result of the charges.

‘He’s ecstatic, he can get back on with his life, get back to rugby league and get back to work as well,’ Mr Bowe said.

‘It’s been a truly harrowing experience for him … He lost his job, he lost his ability to play football.’ 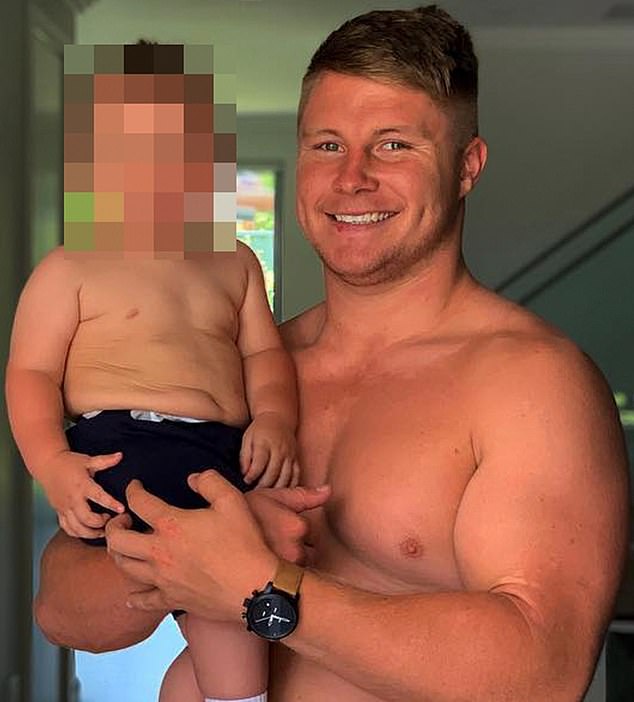 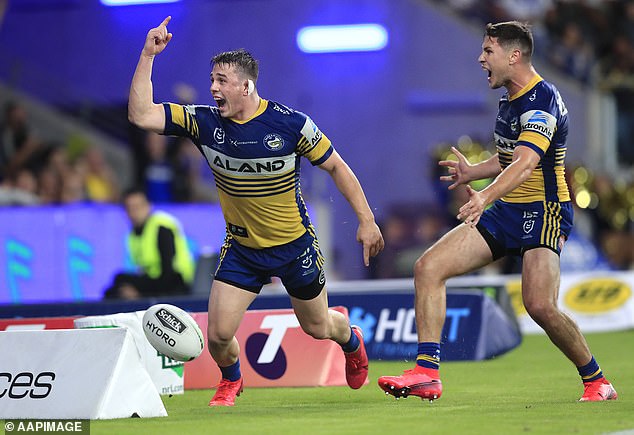 What the court heard about Mahoney drew headlines.

After the bathroom incident, Mr Mahoney told the alleged victim: ‘You’re only upset because your mate caught you being a whore,’ the court heard.

Crown Prosecutor John Sfinas had told the jury that the alleged victim had mistakenly believed that she was getting intimate with Mr Esau. 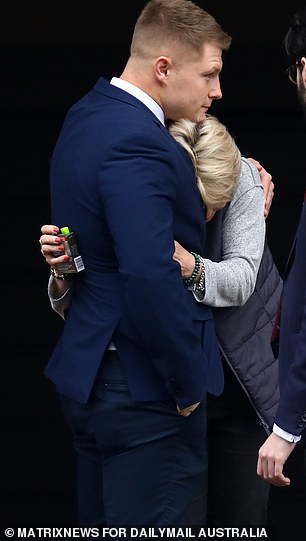 De Luis and his mother embrace outside court

The court heard she had been kissing Mr Esau in the bathroom before Mr De Luis walked in, allegedly in a ‘pitch black’ room.

But Mr De Luis had told the jury a very different version of events, which was seemingly accepted by them on Thursday.

He said the woman had ‘smirked’ when he entered the room and said words to the effect of ‘you should have asked, cheeky’.

The defence argued the light had been on in the bathroom the whole time and that Mr Esau had seen the pair ‘hooking up’ as he awkwardly left the room.

Barrister Michael Smith said the alleged victim hadn’t been distressed ‘until she was sprung, sprung by her friend.’

‘(De Luis) left the girl upstairs on the promise to return and was caught downstairs with a different one … literally in the act,’ he said.

He was supported in court by family members, with his mother flying in from Western Australia – and now facing the prospect of returning home with a lengthy stint in hotel quarantine.