By Patrick Tooher For The Daily Mail

Kwasi Kwarteng is smack in the centre of the row over the future of satellite firm One Web, which is in danger of being swal – lowed by French rival Eutelsat.

The Business Secretary is being accused of a conflict of interest over the controversial deal by the chairman of Parliament’s business committee, Darren Jones.

Jones said Kwarteng is ‘clearly conflicted’ because the Cabinet minister is responsible for approving the merger and in charge of the Government’s stake in One Web.

Kwasi Kwarteng is smack in the centre of the row over the future of satellite firm One Web, which is in danger of being swal – lowed by French rival Eutelsat

Kwarteng has overseen legislation meant to prevent firms important for our national security being sold to foreign buyers. But One Web risks being the latest firm on his watch to be sold to an overseas predator, raising fears over our tech and defence sectors.

This matters, and not just because of the security sensitivities. For Kwarteng is widely tipped to be the next Chancellor of the Exchequer if Liz Truss becomes prime minister in September.

The deal between One Web and Eutel sat is billed a ‘merger of equals’. The UK and French governments will hold similar stakes if it goes ahead, and any subsequent sale of the merged business could be blocked by Britain.

Ultimately, however, there is no get – ting round the fact One Web would be swallowed by the Paris-listed Eutelsat group. Worse, taxpayers are already out of pocket as the UK government agreed to sell its 18pc stake in One Web in return for shares in Eutelsat, which have tanked since the deal was announced last week.

Kwarteng, 47, last month cleared the way for two foreign takeovers of British defence firms. He was ‘minded to accept’ the £6.3bn acquisition of Coventry-based Meggitt by U S conglomerate Parker Hannifin.

He also supported the £2.6bn takeover of Ultra Electronics by US private equity group Advent International, which bought defence group Cobham in 2020 for £4bn. Other takeovers have seen satellite company Inmarsat being gobbled up by America’s Viasat – a deal being probed by the competition watchdog – and Welsh chip maker Newport Wafer Fab bought by a Chinese-backed Dutch firm. 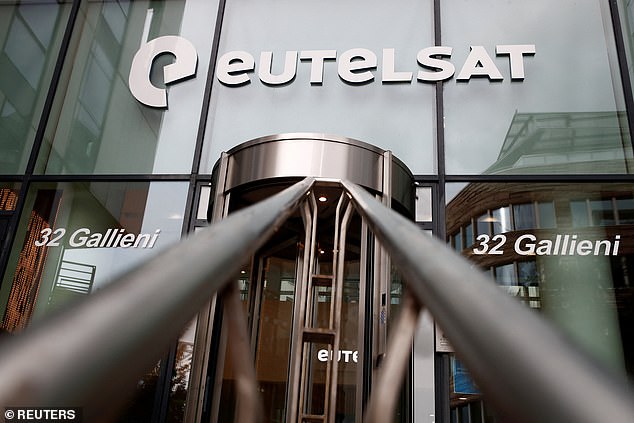 The latter is facing a national security review. City sources who have seen him recently say Kwarteng speaks as if his elevation to Chancellor is a foregone conclusion. He and Truss go back a long way.

Both entered Parliament in 2010, and together wrote a pamphlet advocating free mar – ket reform of the economy. As well as championing her tax-cutting agenda, he tweeted that Truss had ‘consistently led from the front in Cabinet when it comes to warning of the threat from hostile international actors and measures needed to safeguard strategic British assets.

Born in London, Kwarteng won a scholarship to Eton and studied history and classics at Trinity College, Cambridge. There he made headlines when – as part of a winning University Challenge team on TV – he audibly muttered ‘oh f***’ while try – ing to remember an answer.

He was a columnist for the Daily Telegraph and has worked for banks in the City. Kwarteng is married to solicitor Harriet Edwards, and they have a baby daughter. In 2018 he became a junior minister in the Department for Exiting the European Union, and then Business Secretary two years later. 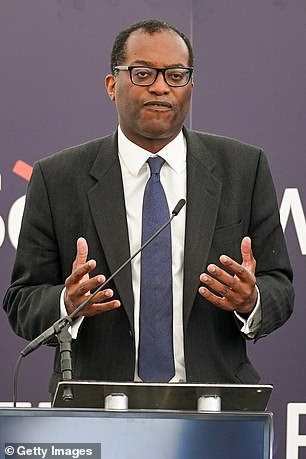 Critics say his free-market instincts get the better of him. ‘We will never grow an innovation economy if we keep selling our best companies to our competitors,’ former science minister George Freeman said last week. He fears the One Web deal will ‘hand another key UK industrial asset to our competitors’.

Allies reject the charge. ‘Any suggestion [he] is not prepared to step in to block takeovers that threaten our national security is absolutely ridiculous,’ a spokesperson said.

‘Under his watch we passed legislation to bring in a greatly strengthened investment screening regime, giving the Government far greater powers to scrutinise and intervene in deals. We will not hesitate to step in where necessary to protect national security. The deal between One Web and Eutelsat will be subject to UK and inter – national regulatory approvals.’