Kygrios jokes with the umpire, praises his opponent and mock’s Rafael Nadal at the Australian Open

Tennis star Nick Kyrgios had all but hidden his bad boy antics in the opening of his second round match of the Australian Open, before lashing out at the end of third set in an extraordinary meltdown that threatened his hold on the match.

The Australian 23rd seed dominated the first two sets of his encounter with Frenchman Gilles Simon, with a jovial Kyrgios putting on a show for the Melbourne Arena crowd.

Kyrgios joked with the chair umpire, praised Simon’s winners and even gave his opponent a point after an incorrect call from officials.

But when the Australian lost the third set, he unleashed on his coaches box – seemingly unhappy with their words of support.

‘Out of all the things you could say: ”Stay tough.” Thanks, man. Thanks.

‘This is all too familiar… meltdown,’ he said.

‘This had all the makings of a rout and now we’re about to go to a fourth set. He must be a magician in his spare time, this guy, Simon.’ 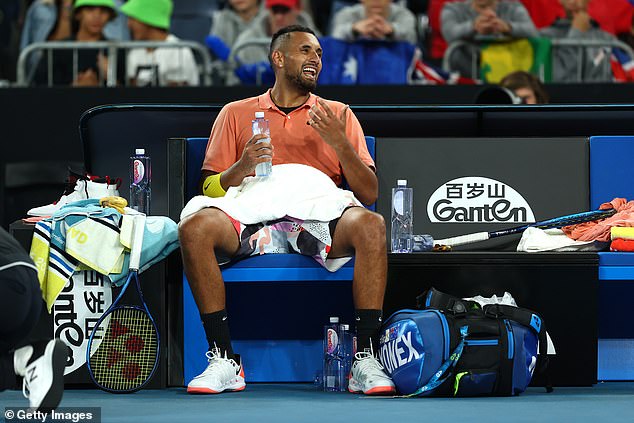 Kyrgios took the first set in just 27 minutes, before speeding through the second and going up a service break in the third, earning deserved praise from commentators.

‘This may be the best match hes played in here,’ Jim Courier said.

At 4-2 up in the third, Courier left the commentary box to meet Kyrgios on court for his post match interview, thinking the match would be over soon. 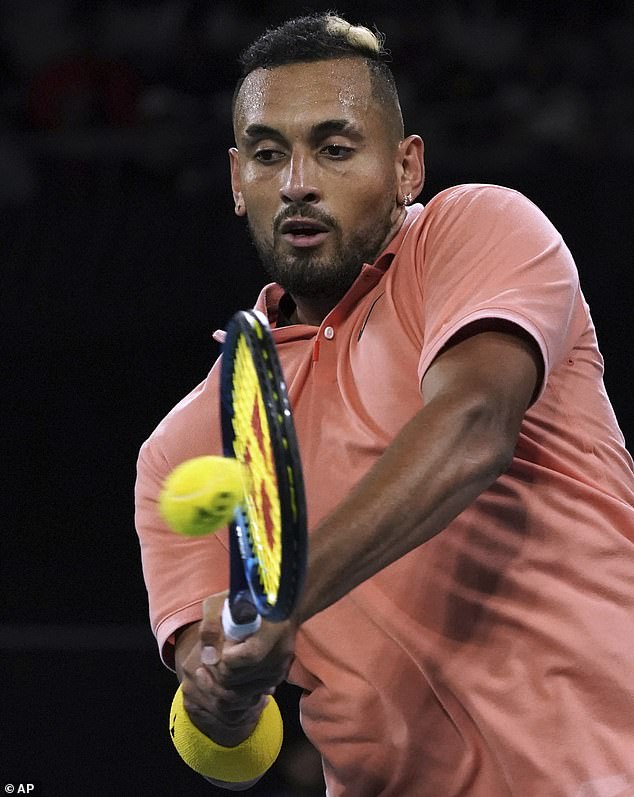 But then the wheels fell off for Kyrgios, missing shots he had been cruising through in the first two sets, with Simon rallying to win four straight games and take the third set 6-4.

The Australian took out the fourth 7-5 in an eventful second-round clash.