Busted! Kyle and Jackie O catch a listener ‘cheating’ during a live segment – and you won’t believe his excuse

Radio presenter Jackie ‘O’ Henderson called out a listener on Tuesday who she suspected was cheating during a phone-in competition.

A man named Dean was taking part in a quiz called Tradie vs. Lady, which takes place before 7am every day on The Kyle and Jackie O Show.

The segment involves a tradesman answering female-skewed questions about topics such as makeup and fashion.

Busted! Radio presenter Jackie ‘O’ Henderson (pictured) called out a listener on Tuesday who she suspected was cheating during a phone-in competition

A female listener must then answer male-skewed questions, and the winner is the one who answers the most correctly.

Dean got off to a bad start by not knowing what kitten heels were, and it appeared as though he was willing to go the extra mile to answer question two.

Jackie asked him: ‘If I was using BB Cream, where would you be applying it?’

BB Cream is a light foundation substitute, which also acts as a moisturiser and is applied to the face. 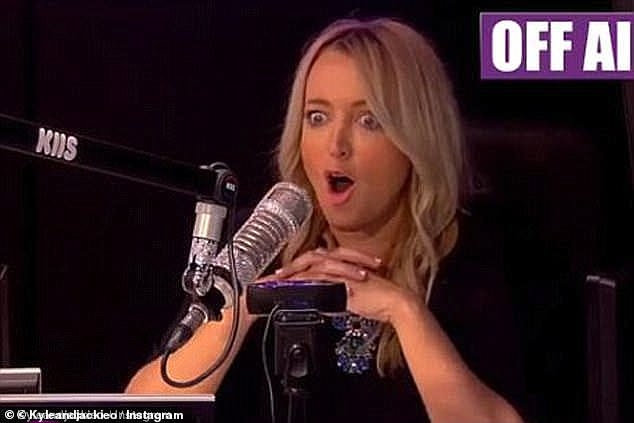 ‘Oh my god, I can hear you typing!’ During the Tradie vs. Lady quiz segment, Jackie suspected the listener was Googling the answers after hearing the sound of typing in the background

At that moment, Jackie heard the sound of typing in the background.

‘Oh my god, I can hear you typing, Dean!’ she said, but the listener insisted he was just ‘hitting the pedal’ on his vehicle.

Jackie remained unconvinced, and asked Dean why he was hitting the pedal repeatedly like a keyboard. 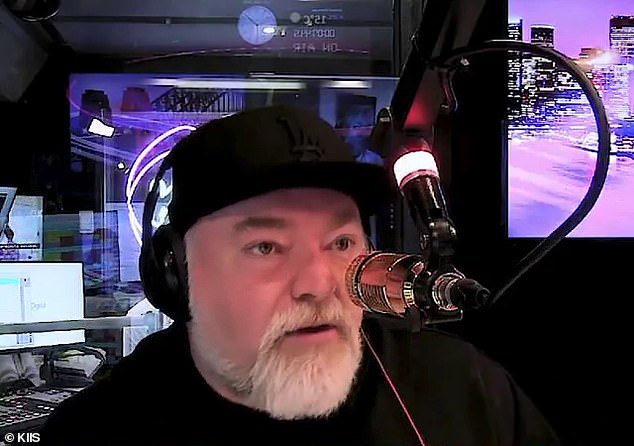 Are the boys in cahoots? The listener named Dean insisted he was just ‘hitting the pedal’ on his vehicle, and Kyle Sandilands (pictured) backed him up

Kyle was firmly on Dean’s side, perhaps because he was rooting for the tradie to win, saying: ‘Yes, I can hear it’s a pedal.’

But despite Kyle’s support, Dean was unable to answer the question for the second time in a row – perhaps because he wasn’t able to Google fast enough.

The Kyle and Jackie O Show airs weekdays from 6am on KIIS 106.5 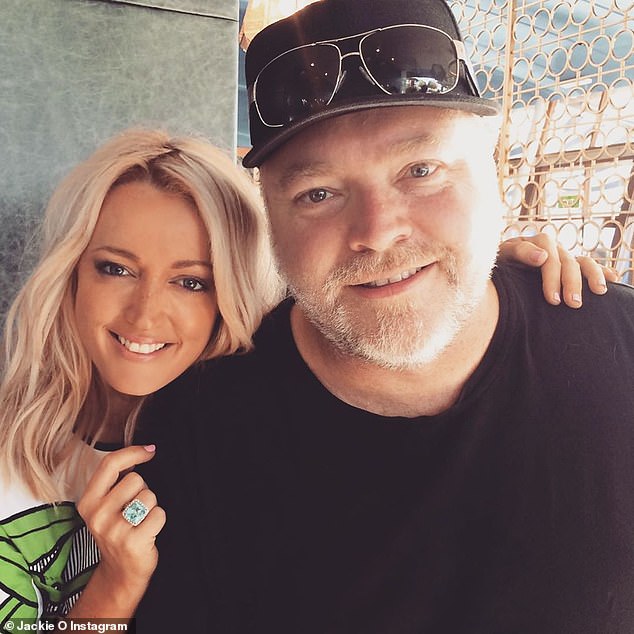 Don’t miss it! The Kyle and Jackie O Show airs weekdays from 6am on KIIS 106.5