Champion swimmer Kyle Chalmers was all smiles arriving home from a successful Commonwealth Games, looking to put the ‘love triangle’ drama that almost derailed his campaign in the rear-vision mirror.

Chalmers was met by his mother at Adelaide airport and appeared in good spirits.

He donned a black hoodie with a pair of Australian swim team tracksuit pants.

The Commonwealth Games gold medalist beamed at waiting media as he wheeled his luggage through the airport alongside his mother. 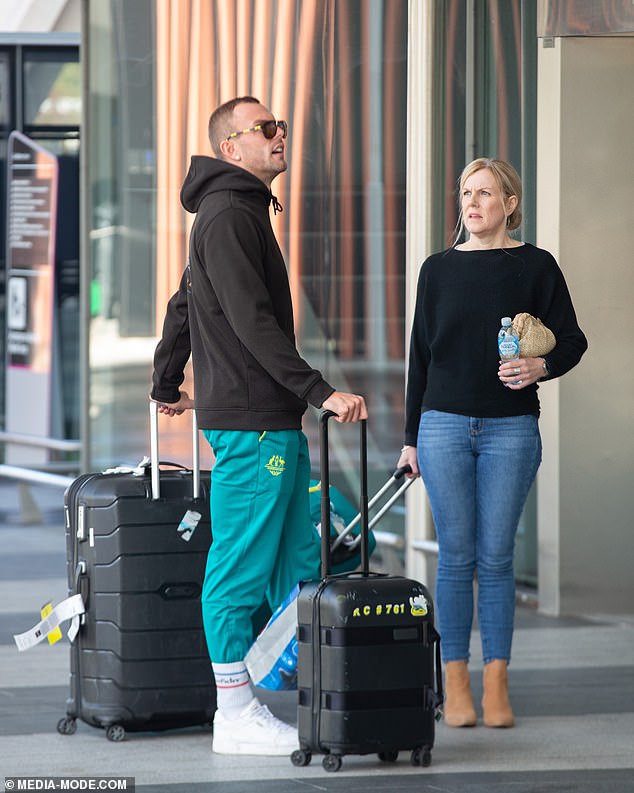 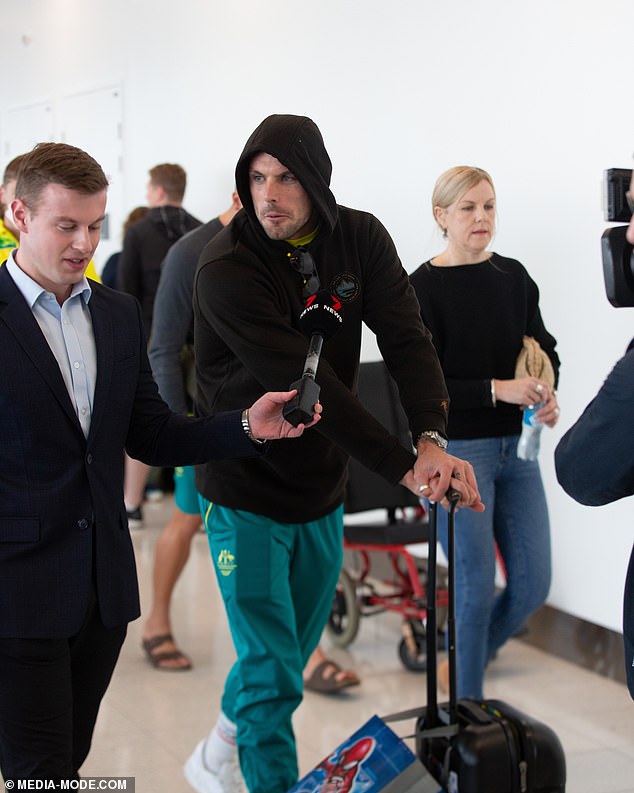 Chalmers left Birmingham with three gold medals and one silver.

During the game he said he was considering quitting the sport after the drama surrounding the reported swimming ‘love triangle’ between himself, former girlfriend Emma McKeon and her new beau Cody Simpson. 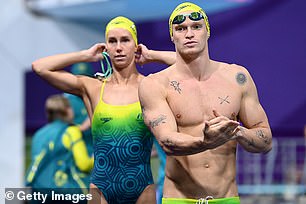 The drama made headlines when the 4×100 mixed relay team won gold on the opening night but the celebrations appeared tinged by awkwardness as McKeon and Chalmers did not shake hands after securing victory.

Speaking at a press conference in Birmingham, Chalmers threatened to quit swimming altogether if ‘false news’ continued to circulate that he was in a feud with McKeon and Simpson.

After taking gold in the 100m freestyle on Tuesday, Chalmers put his fingers to his lips in a gesture that suggested he was silencing his critics after taking gold.

He had also said there were moments he had felt like he ‘could not continue on’ and said he hoped his latest win was ‘a learning point for everybody’ – including the media. 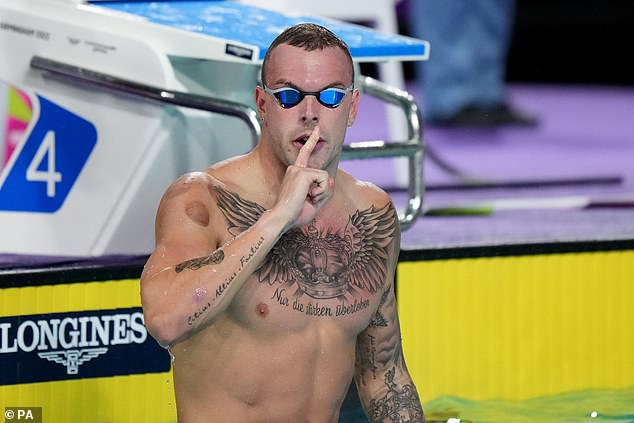 Kyle Chalmers has found himself in the headlines more often than not this Commonwealth Games, including a ‘shush’ to the media after winning gold in the 100m freestyle

Chalmers also rubbished reports of a rift in the team, saying after his last race at the Games he was ‘relieved’ it was now over.

‘There’s so many things to be grateful for: being part of the team, it’s special,’ he told Channel 7 after swimming the anchor leg for Australia in their 4x100m mixed medley.

‘And we are all so close and it’s been a very, very successful week in the pool for us and, hopefully, we’re able to celebrate a little bit tonight as a team and, obviously, we all depart tomorrow.’