The sizeable contingent of Liverpool fans who play or work at the elite level of British tennis adjourned to a Parisian bar on Saturday for an evening that was to end in sorrow.

There was, however, no sign of any hangover on Tuesday as they rebounded from the disappointment to book their places in the second round of the French Open.

Not only did British number one and LFC supporter Kyle Edmund ease through, but native Liverpudlian brothers Ken and Neal Skupski claimed a notable scalp in the doubles, defeating all-time great Mike Bryan and his partner Sam Querrey 7-5 6-4. 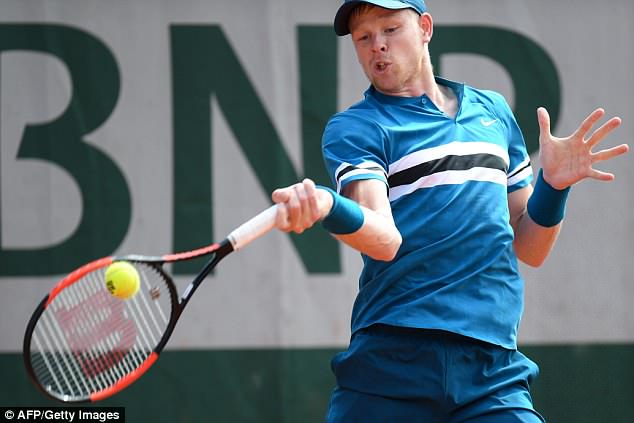 Edmund, trying a repeat of a his surprise surge to the semi-finals of the Australian Open, encouraged hopes that it might just be possible with a 6-2 6-4 6-3 victory over much-touted young Australian Alex de Minaur.

He now faces former Wimbledon junior champion, Hungary’s Marton Fucsovics, with no sign that his consistent clay court form of this Spring is abating.

The older Skupski brother was the ringleader of Saturday night’s Champions League Final excursion, which also included in its number Aljaz Bedene, the British citizen who has reverted to playing for Slovenia.

‘Ken mainly organised it and got people together, there were quite a few players there,’ said Edmund. ‘It was sad to lose and the nature of it was annoying, with two easy goals in that fashion, and also Salah going off pretty early after what I would say was a good start from Liverpool. 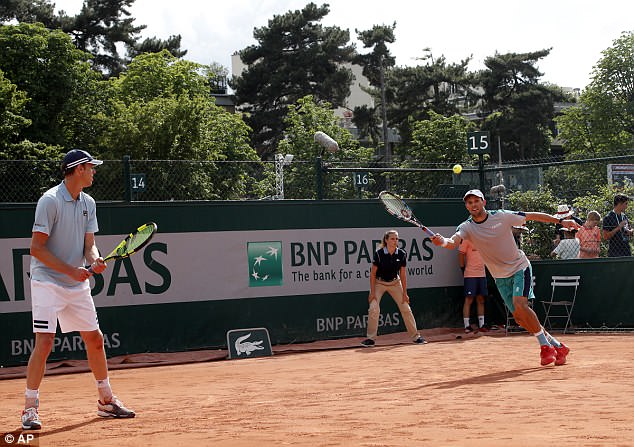 ‘It was just a bit of a bad taste to lose and not get beat properly. You’ll probably never see something like that in a long time.’

Edmund may struggle to emulate what he did in Melbourne, and even if he did so Rafael Nadal theoretically lies in wait in the last four, having finished off Simone Bolelli 6-4 6-3 7-6 in a match suspended from overnight.

Yet the strength of the British number one’s serving, combined with his sledgehammer forehand and hugely improved backhand, suggests he will not be giving anyone a free pass for the next fortnight.

This was his eleventh win on the clay since the middle of the clay – he also won a doubles title – which is evidence of how comfortable he is on the surface. De Minaur is only 19, but much of his tennis upbringing happened in Spain, so he can play on it as well. 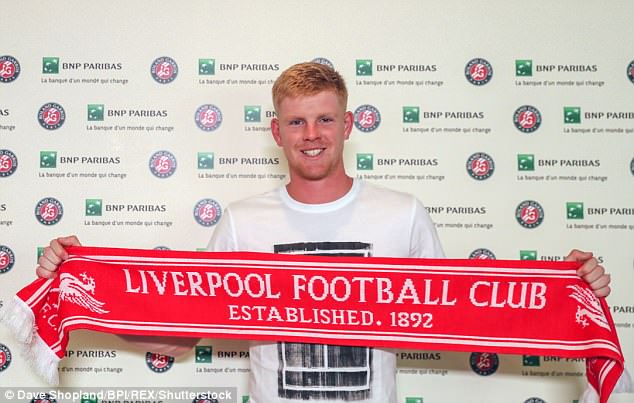 Aside from a brief spell in the second set there never appeared any danger that the player seen as a big hope in Australia would cause a problem. ‘I played pretty well today. I was happy with how I came out. I have been here practicing a week so it was good to execute your game well,’ said Edmund.

His win was one of three in the first round singles for British players, not a bad count in the absence of Andy Murray.

On Wednesday, Cameron Norrie is set for an educational experience as he tackles French number one and fifteenth seed Lucas Pouille on the main Court Philippe Chatrier.