Kyle Edmund will face Marin Cilic in his first Australian Open semi-final after Rafael Nadal was forced to retire in his quarter-final tie against the Croatian.

Edmund sailed through to the last-four of the competition after beating world No 3 Grigor Dimitrov in his own quarter-final earlier on Tuesday.

The win meant the Brit was set to face the winner of Cilic and Nadal and with the former 2-0 up in the deciding set, the Spaniard pulled up with an injury which rendered him unable to continue. 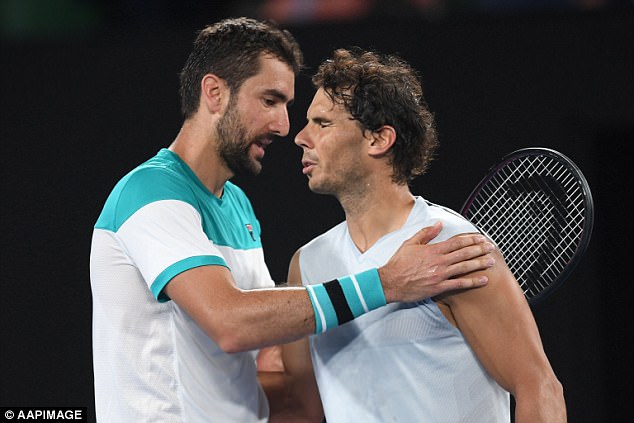 Cilic made it through to the semis after his opponent, Rafael Nadal, retired hurt 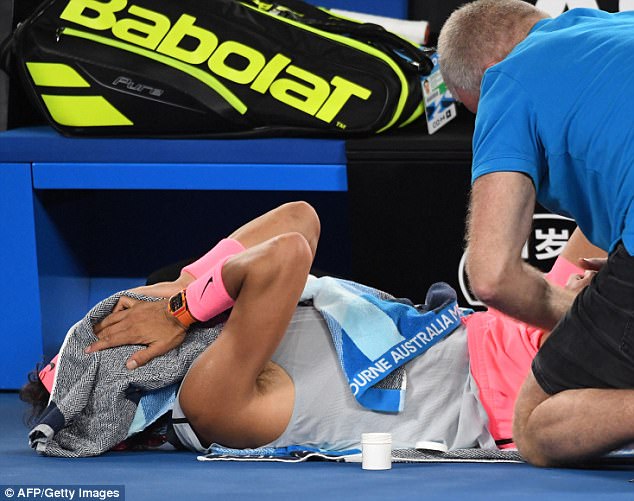 ‘He had an amazing run at this tournament a few tough battles and a great match today,’ said Cilic of Edmund.

‘Congratulations to him, I have to keep on with my game as he has a great serve and forehand, I have to deal with my side of the court.’

He added that playing a stricken Nadal had not been easy: ‘It came back into my mind the Wimbledon match.

‘Sometimes when you are wounded you are a little bit looser. I had to keep my intensity and not look across the net. I think Rafa was struggling to retrieve my serve and I was playing better and better as it went on.’ 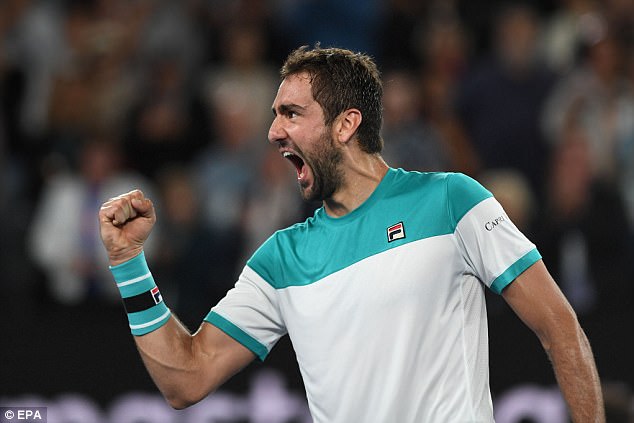 ‘He had an amazing run at this tournament and a great match today,’ said Cilic of Edmund 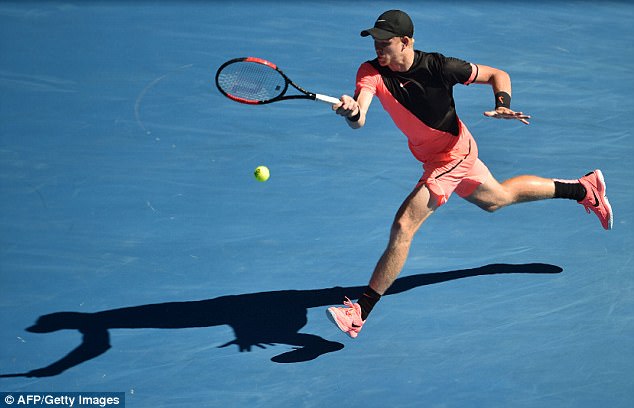 The Brit thoroughly outplayed Dimitrov earlier in the day, his forehand especially was on fire 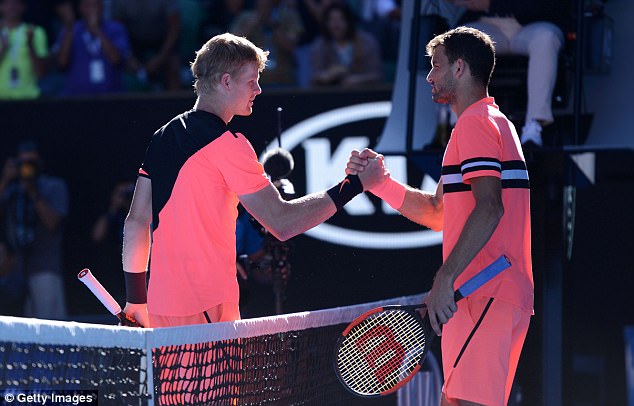 Dimitrov claimed the second set against Edmund, but the underdog only needed four sets

Earlier, Edmund become the first British man since Tim Henman in 2004 not called Murray to make a Major semi-final after his shock win against Dimitrov.

‘Its an amazing feeling, very happy, with these things you are so emotionally engaged you don’t really take it in,’ said the Brit. ‘I’m just trying to enjoy the moment. It was my first match on this court, very special.

‘Grigor has played hard matches and played a high level I had a drop in the second set, it was poor tennis at some points, I managed to break him at the end, held my nerve and prayed that last ball was out.

‘It’s great, thinking about it I will be proud at some point. Reaching the last stages of one of the biggest tournaments is very pleasing but I want to go further. It comes with the territory, the better you do the more attention you get. There’s been more attention on me, you take it in your stride but it’s a good problem to have.’ 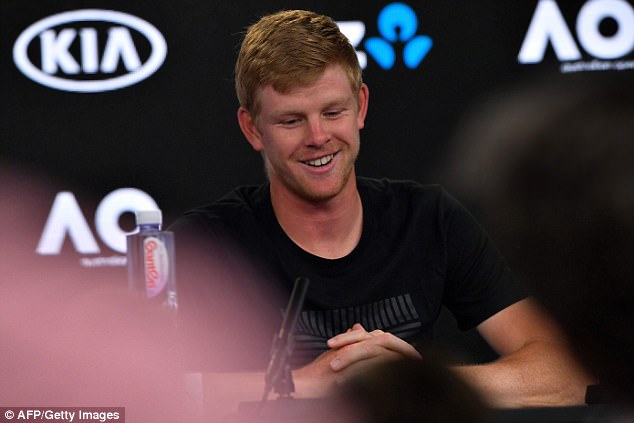 ‘I’m so happy, you are so emotionally engaged you don’t really take it in,’ said Edmund