The TV host, who also produces the Real Housewives franchise that made Kyle a star, was apparently unaware the 53-year-old was keeping the procedure a secret from the public.

While interviewing her on Watch What Happens Live, Andy, 54, casually asked her: ‘How’s the breast reduction working out?’ 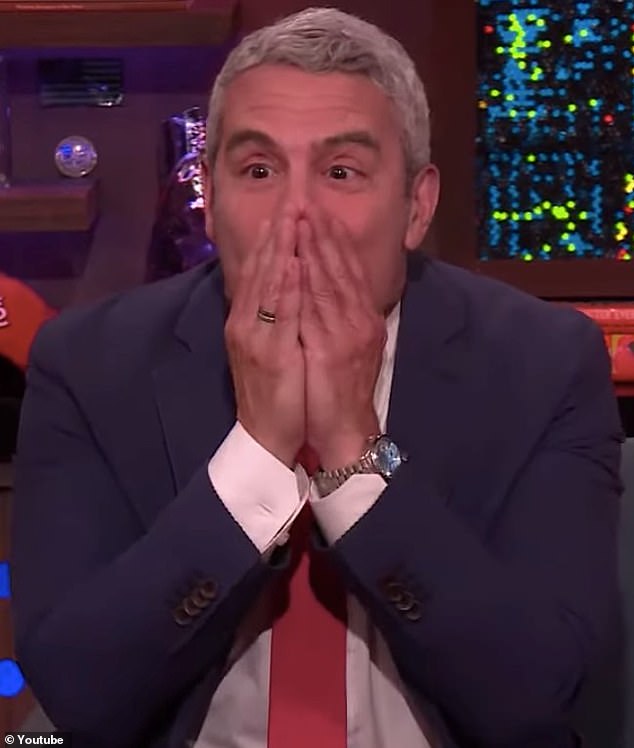 Whoops! Andy was horrified when he realised he’d accidentally exposed her surgery secret and declared: ‘Oh, oh my God! I thought you’ve talked about it! No, no!’

Before and after: Kyle is pictured before (left) and after (right) her breast reduction, which she shared occurred just ‘three weeks ago’

Kyle replied tartly: ‘Oh, thank you for letting everyone know, Andy, thank you.’

Andy clapped his hands over his mouth, exclaiming: ‘Oh, oh my God! I thought you’ve talked about it! No, no!’

‘Never talked about it,’ said Kyle, as her fellow guest Chloe Fineman of Saturday Night Live fame shrieked with laughter.

‘But you’ve told me about it so many times! I’m so sorry!’ said a mortified Andy, prompting Chloe to dish: ‘She told me in confidence!’ 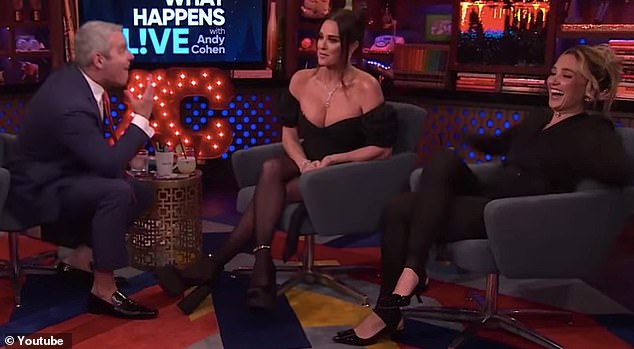 Uh oh: While interviewing her on Watch What Happens Live, Andy Cohen, 54, casually asked her: ‘How’s the breast reduction working out?’

‘You could tell me you murdered somebody and I swear to you, I would take it to my grave, but I can’t keep a secret about myself,’ Kyle explained.

‘I had a breast reduction surgery. I never had implants. I had double Ds, no implants. I still don’t have an implant but I went in and I said: “I want smaller boobs and I don’t ever wanna wear a bra ever again in my life,” and here I am!’ she spilled.

Kyle winked at the camera, looking every inch the busty bombshell in a black cocktail dress that plunged to showcase her still ample assets.

She confessed that ‘you can’t really tell’ at the moment that she has even had a breast reduction as ‘they’re so swollen.’ 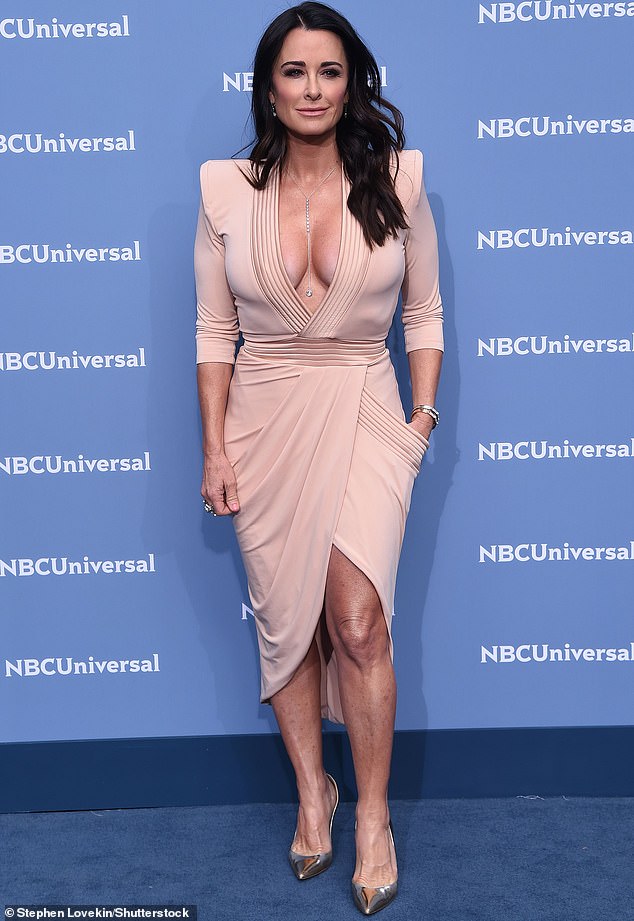 Looking fab: Kyle, who said on late-night television this week that she had natural double Ds before her reduction, is pictured at the NBCUniversal upfronts in 2016

Chloe also remarked that ‘they’re not very small’ and Andy cooed: ‘They look great!’ as Kyle repeated that she was swearing off bras for life.

‘I have never lied about anything I’ve done and I never, ever will, just so you guys know,’ Kyle assured her public.

‘You guys think I did my face, I did this, I really did not. I will tell you everything. I had a breast reduction three weeks ago! Yeah, there’s a little bruise hidden over here.’ 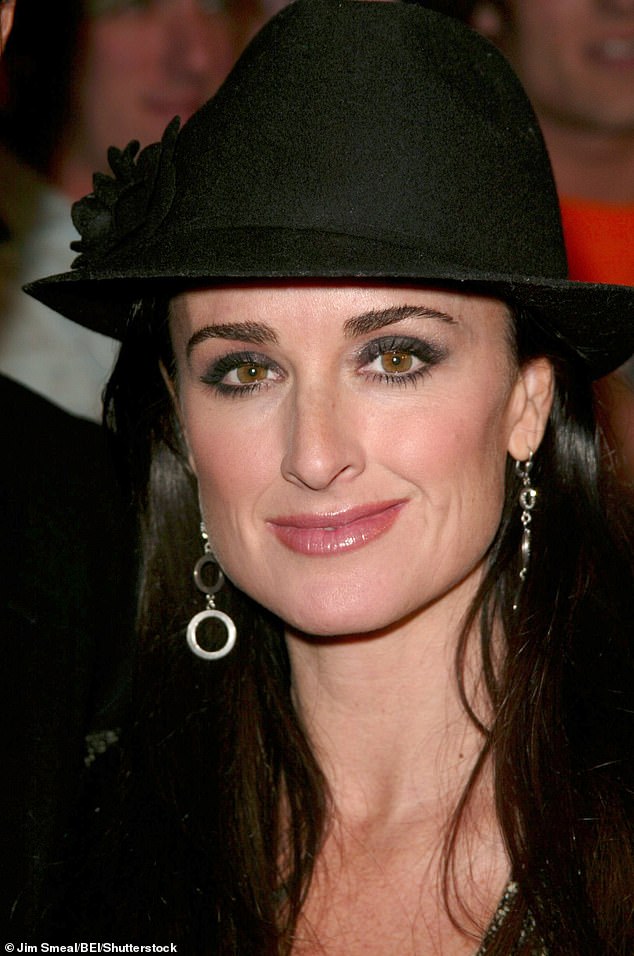 The original article: Kyle has repeatedly denied rumors she has had a facelift, though she has copped to having had a nose job in recent years; she is pictured in 2004 with her old nose

‘Okay, my apologies,’ said Andy somewhat abashedly, to which Kyle replied rather pointedly: ‘It’s okay, Andy, I love you.’

Kyle walked the red carpet for the MTV Movie And TV Awards on June 2, which would have been shortly after she underwent her latest procedure.

One week later she shared an Insta Stories snap from her bed and wrote: ‘I hurt my back and cannot move,’ adding: ‘This is where I will be for the unforseeable future.’ 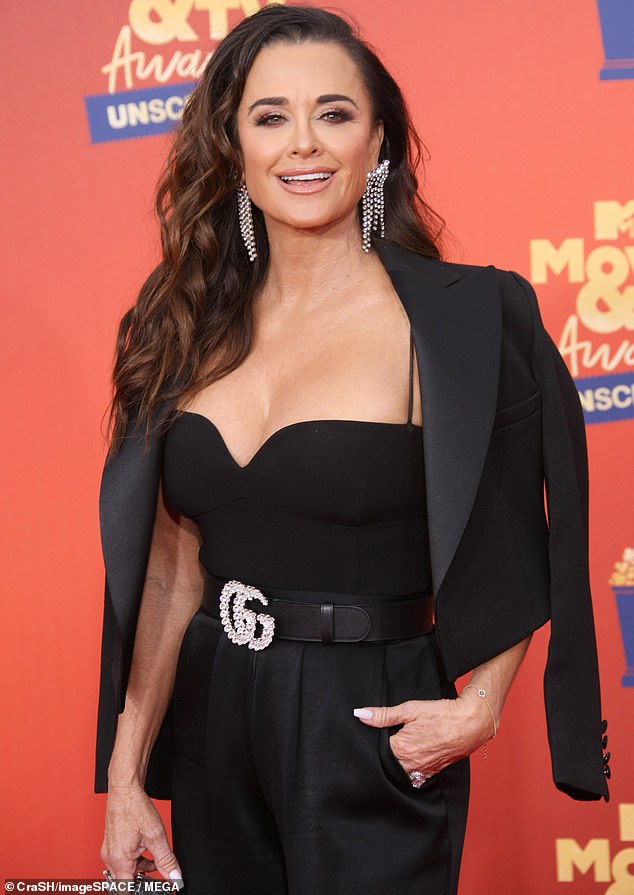 Two weeks ago: Kyle is pictured attending the MTV Movie And TV Awards on June 2 this year, after both the breast reduction and the nose job

Kyle has repeatedly denied rumors she has had a facelift, though she has copped to having had a nose job in recent years.

‘I broke it last September and the bone poking out bothered me,’ she wrote on her Insta Stories in October 2020. ‘So I fixed the bone, fixed my breathing problems and refined the top. I will always tell you guys the truth.’

During a recent Life & Style interview she maintained that she is candid about the work she has done because ‘when I see people who are looking perfect and pretending like that’s just the way it is, it’s just, it gives me rage.’ 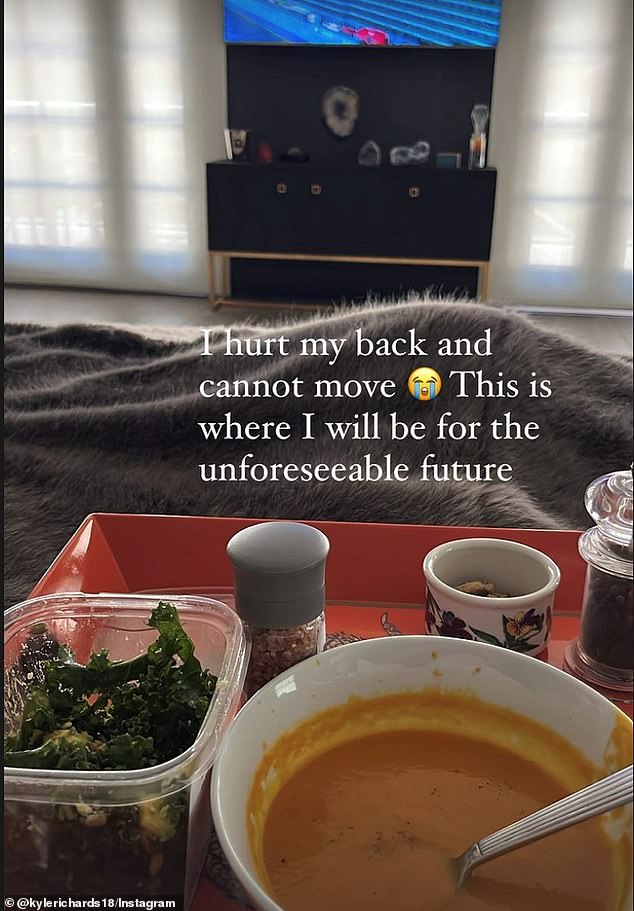 Trouble: One week later she shared an Insta Stories snap from her bed and wrote: ‘I hurt my back and cannot move,’ adding: ‘This is where I will be for the unforseeable future’

Kyle is the longest serving Real Housewife OF Beverly Hills and the only one who has remained on the show since its first season in 2010.

Both of her sisters, the troubled former child star Kim Richards and Paris Hilton’s mother Kathy Hilton, have been on the series as well but never as long as Kyle.