News Corp’s newspapers and websites ran several stories on Thursday calling for Sandilands to be fired for his supposedly offensive remarks about the games.

The articles alleged his statements on The Kyle and Jackie O Show that morning had caused controversy, even though they hadn’t, and included quotes from Greens Senator Jordon Steele-John saying he ‘should be sacked from his broadcasting role’.

Addressing the articles at the start of Friday’s show, Sandilands said he wouldn’t be apologising and accused News Corp journalists of making a story out of nothing.

He said: ‘Here’s the lying headline: “Sandilands slammed for Paralympic swipe”. Now I’m not slammed by anyone except the one Greens Senator that the journalist and asked to comment then sent the Senator the audio so he could comment.

‘So straight of the bat it’s a bulls**t story.’ 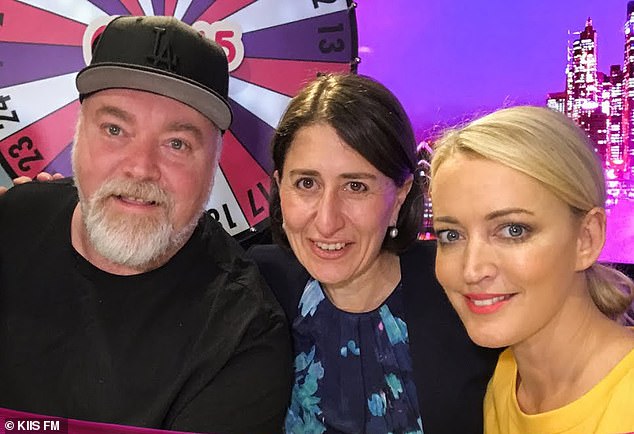 Sandilands did not claim he’d been misquoted, only that his comments had been misrepresented as being ableist when they weren’t.

‘I said all these things, but I wasn’t negative towards the contest. I just said I saw some stuff and was shocked… it was quite the eye-opener,’ he explained.

‘They make the article sound like I’m very anti anyone with a handicap. 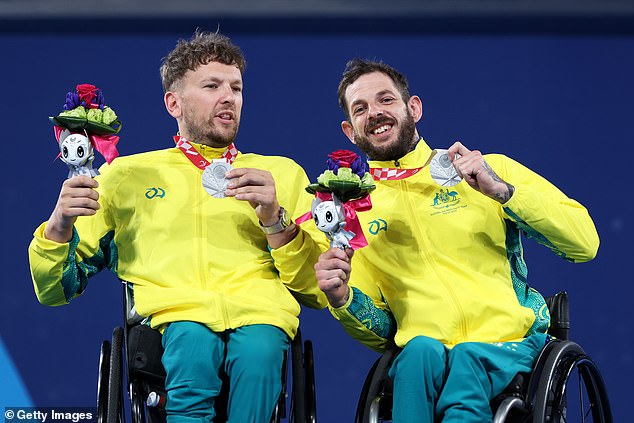 Defiant: Addressing the articles at the start of Friday’s show, Sandilands said he wouldn’t be apologising and accused News Corp journalists of making a story out of nothing. Pictured: silver medalists Dylan Alcott (left) and Heath Davidson (right) of Team Australia celebrate on the podium during the Wheelchair Tennis Men’s Quad Doubles medal ceremony in Tokyo

‘So if you’ve got no news, write about someone who’s not going to follow it up, chase it up and find out what really happened, because I’ve got a lot of time on my hands and lots of money to make things happen.

‘No one complained, there was no big outrage, it’s a lying fake-news story right there in The Daily Telegraph. Fake headline, fake story, fake outrage.’

During Thursday’s show, he had discussed how some Paralympic sports can appear confronting to people not used to watching disabled sports.

‘It is horrific some of the things,’ he began.

‘I saw some poor bloke who ran for the high jump and veered right because he was blind and landed on his arse, on the ground.

‘Then when they were playing soccer, the blind people, I was thinking, “Are you joking? They’re throwing themselves on the ground like sausages to block the ball.’

Sandilands did clarify he appreciated ‘the spirit of the contest’.

His commentary did not attract any attention until News.com.au ran a story quoting Mr Steele-John calling the remarks ‘abhorrent’.

The story was then featured on Sky News Australia and News Corp’s metro newspapers and websites.

Mr Steele-John said: ‘Kyle’s comments are abhorrent, ignorant and ableist. He has a history of espousing hate and these comments are hurtful to disable people.

‘He needs to pull his head in and apologise to our athletes and the disability community.

‘There is no place for ableism in our community and these comments are the latest example of why Kyle should be sacked from his broadcasting roles.’

KIIS FM has no plans to sack Sandilands.