The state government scrapped the warning signs in November last year, which has seen countless Australians cop fines of $114 or more.

Prior to their removal the ‘your speed has been checked’ warning signs had been placed 250m before and 50m after each mobile speed camera.

NSW Labor leader Chris Minns said the amount of money residents are forking out for speeding fines has now grown from around $800,000 a month to $7million – adding if he was voted into power he’d return the warning signs to the roads. 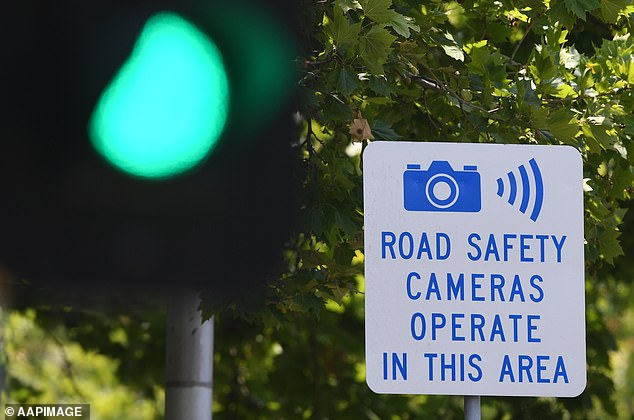 Prior to their removal, the ‘your speed has been checked’ warning signs had been placed 250m before and 50m after each mobile speed camera

‘Speeding signs in the last month used to book around 1,500 people but now they’re getting 27,000 a month because they’ve got rid of the warning signs,’ he told KIISFM hosts Kyle and Jackie O.

‘And it’s coming out of the pockets of mums and dads and working families and it’s only a little bit over the limit.

‘So I thought better to have the signs in place and more cops on the beat and make sure people don’t commit the offence in the first place rather than getting a fine in the mail two weeks later.’

The number of motorists being stung with speeding fines has soared more than 1,500 per cent after the NSW government’s removal of warning signs.

In response to Mr Minns’ campaign, Sandilands said he ‘liked’ the idea and noted some families would struggle to get by from week to week if they were constantly being hit with fines.

Ms Berejiklian has regularly appeared on the KIISFM breakfast show with Sandilands often declaring his support for her. 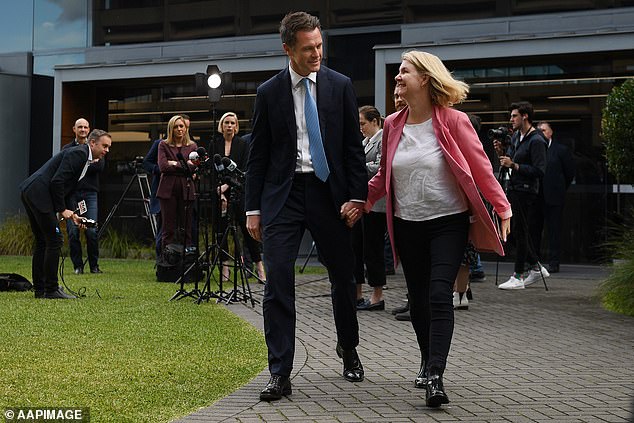 NSW Labor leader Chris Minns (pictured with wife Anna) said the amount of money people are forking out for speeding fines has now grown from around $800,000 a month to about $7million 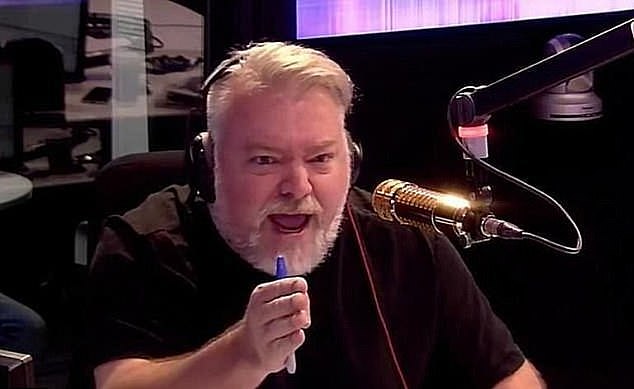 In further bad news for NSW motorists, it was recently revealed that the number of hidden speed cameras in NSW are set to triple.

Mobile speed cameras in NSW scan 7,000 hours of footage a month, but this will jump to 21,000 hours under the current government’s proposal.

In March alone fines handed out to drivers travelling less than 10km over the speed limit sky-rocketed, with 27,760 given out.

Before the controversial removal of warning signs less than 2,000 drivers a month were being fined.