Kyle Sandilands has revealed he once narrowly avoided a brush with death.

During his radio show on Tuesday, the 46-year-old recalled living in a house owned by nightclub owner and longtime friend, John Ibrahim.

One night, the bedroom he was staying in was shot at, leaving bullet holes in the windows.

‘It was terrifying!’ Kyle Sandilands reveals scary moment his bedroom window was shot at while staying at best friend and nightclub boss John Ibrahim’s house

Luckily, Kyle wasn’t in the bedroom at the time the incident occurred. The former Australian Idol judge explained he was out all night partying with friends and discovered the damage the following morning.

He told listeners: ‘When I came back the next morning, his house had been shot up, mainly in the  bedroom I was staying in. [There were] bullet holes all through the glass.

‘I was saying to John, “Oh my god!” And I put my finger through the bullet holes in the glass, [they went] through the window. I said, ””Look at all these!”

‘He said, “Oh, [look at] the trajectory of it. They’ve shot from down on the ground and it’s landed in the ceiling. So unless you were bouncing around on the bed, you would have been fine. 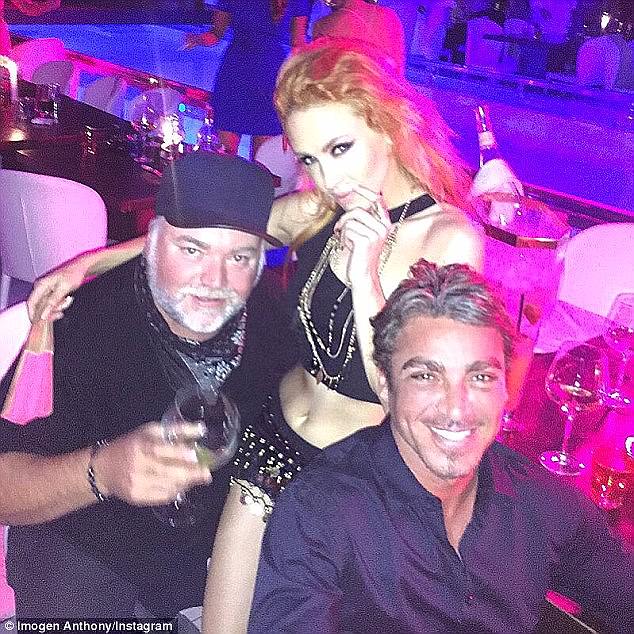 The Brisbane-born presenter joked that John brushed off the shocking incident as it was a ‘common occurrence’ for him, but added that he thought it was ‘terrifying’.

Radio veteran Kyle, who has been on the airwaves since he was 21, still counts John as a good friend.

The pair kicked their friendship up a notch in 2012 when Kyle moved into one of John’s properties in Dover Heights, Sydney, right across the road from the landlord’s own home. 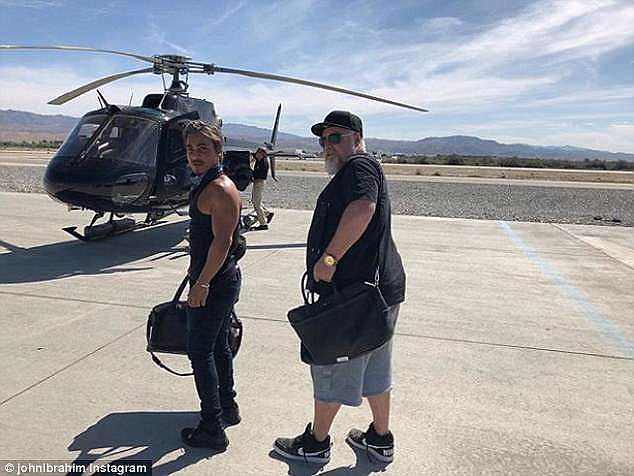 High flyers: The pair frequently jet off on lavish holidays together

In his book, Last King of the X, John wrote of his friend, ‘Love him or hate him, I have travelled the world with him, and we’ve always had great times together, from him putting on a private full-on cabaret show on the coffee table in our villa in Ibiza to just having breakfast in a street diner in LA.

‘I find him to be a loyal friend, straight to the point and non-judgmental.’

John, 47, was convicted of assault as a teenager, but has not been found guilty of any crimes since. 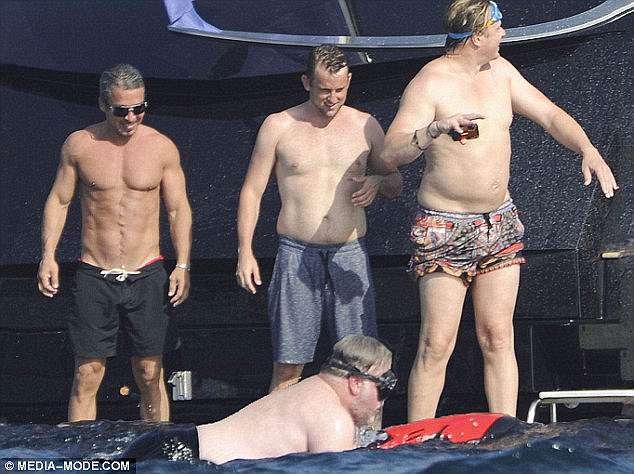 The good life: John (left) and Kyle (bottom), pictured here on a yacht in Ibiza, share a love of partying

In August 2017, police made mass arrests to crack down on two drug syndicates thought to be operating in Australia. As a result, John’s son Daniel and girlfriend, Sarah Budge, were arrested.

It is not suggested that John knew of or had any involvement in the alleged syndicates.

Sarah, 28, now faces up to 14 years in prison for possession of a handgun. It is not suggested this charge is related to any involvement in drug syndicates.