Mauricio Pochettino’s first Champions League campaign was a disaster and the second a slick group stage followed by a swift exit at the hands of the wily veterans from Juventus.

This third took three games to get moving but Tottenham have somehow made it over the line.

There have been late revivals, influential substitutions and fighting spirit at home against PSV Eindhoven and Inter Milan which hinted at new found maturity in European competition. 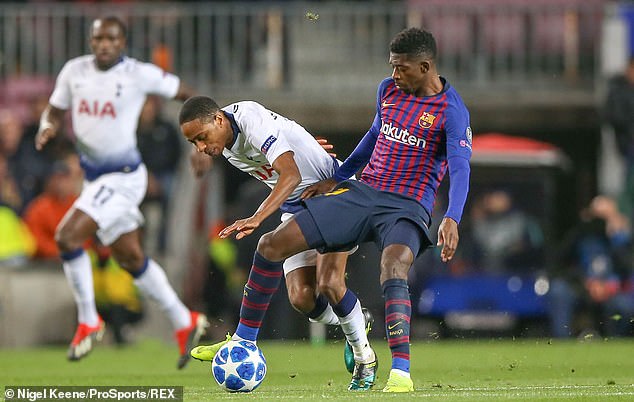 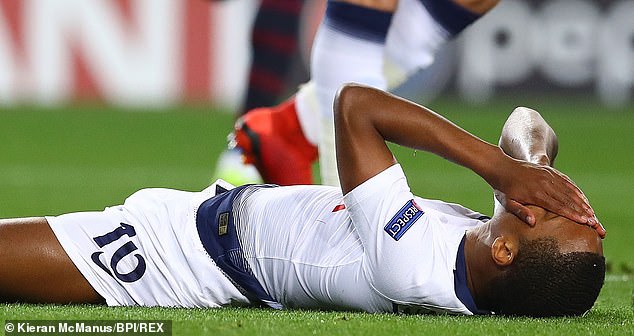 Kyle Walker-Peters had 50 touches at the Nou Camp. Only Christian Eriksen (54) had touched the ball more times for Tottenham when Walker-Peters was subbed off on 61 minutes.

There have been lapses in concentration and late goals leaked on the road. There was a defeat inspired by the brilliance of Lionel Messi and then this late escape against Barcelona which secures a place in the last 16.

For the first 85 minutes, this must have been a tough watch for Pochettino on the touchline in the Nou Camp.

At times, his team passed the ball neatly and created chances. At other times, Barca’s second string threatened to tear them apart.

The most positive aspect until Lucas Moura’s goal will have been the bulletin from his back room staff that PSV had scored an early goal in Milan but not a lot was going his way on the vast green expanse before him.

Having thrown in Kyle Walker-Peters for a difficult debut he made the decision to take him off early in the second half and continue with Moussa Sissoko at right-back.

Walker-Peters received a hug and a word of encouragement. Pochettino had said ahead of the game that whatever happened against Barcelona, the young full-back would emerge stronger for the experience and would go on to enjoy a long and successful future at the club. 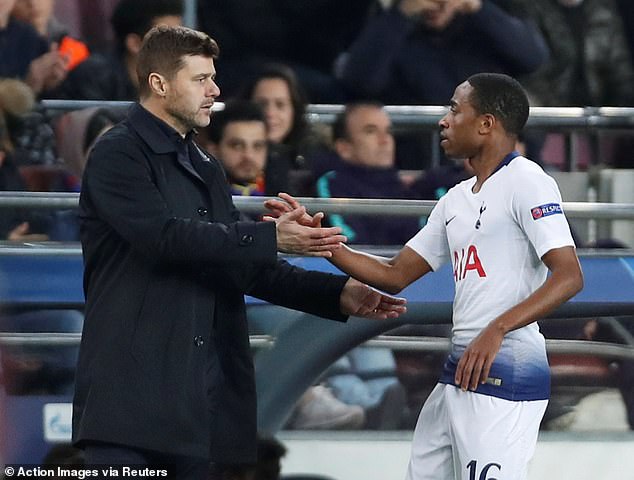 It was a nice touch by the Tottenham boss and a reminder of his faith in young players, a key element of Project Poch.

Messi’s entrance was greeted with a roar inside a far-from-full Nou Camp. And Inter levelled at the San Siro to deliver a sinking feeling to those Spurs fans in the fourth tier.

Pochettino’s team finished strongly, however. Moura’s equaliser lifted the mood and they might have found a winner.

The biggest cheer of the night came soon after the final whistle with confirmation that Inter had failed to beat PSV.

And a night of strange and conflicting emotions was transformed into one of jubilation.

Tottenham were rightly proud to have a trio of academy graduates starting at the Nou Camp. 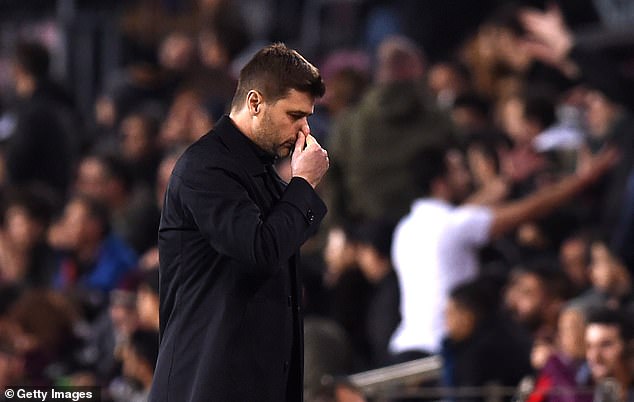 They celebrated the fact with a pre-match tweet which carried a hashtag ‘three of our own’ although both Walker-Peters and Harry Winks were replaced and only Harry Kane made it through 90 minutes.

Walker-Peters started the week by signing a new five-year contract and followed that up with his full debut in the Champions League, charged with the task of keep Philippe Coutinho quiet.

What a wonderful moment it was for a young man from Edmonton to step out into the Nou Camp in Spurs white, even if the stadium was far from full and the atmosphere subdued.

Deputising for Serge Aurier at right-back, he started shakily and it was impossible not to feel for him when he was ambushed on halfway by Ousmane Dembele with the game less than seven minutes old.

Dembele, who overslept and missed training on Sunday, was finally wide awake as he sped away from Walker-Peters, sent Winks sliding by with an outrageous dummy and coolly beat Hugo Lloris. 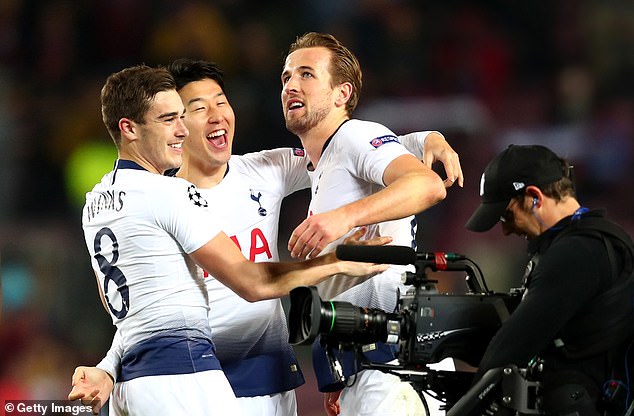 His night did not get any easier when he picked up an early yellow card, leaving on edge against one of the best dribblers of a ball in world football.

Pochettino really does offer opportunities to his young players and his work nurturing others signed cheaply such as Eric Dier and Dele Alli is impressive but also eating away at him are the failings in last summer’s transfer market.

The Spurs boss raised the issue again ahead of this game, reminding everyone there were no new signings and he is expected to compete in this company.

Barcelona made wholesale changes to the team which won at Espanyol on Saturday. Juan Miranda was the youngest player on the pitch, but up front they were still able to start with Dembele who cost £135million and Coutinho who cost £142m.

That is what the competition looks like these days at the very top of European football.

Tottenham are operating at a very different level and they can take great satisfaction from the way they have qualified from this group.