Adrien Rabiot is insistent that the pressure is not getting to Kylian Mbappe after the Frenchman’s big-money move to Paris Saint-Germain.

The 18-year-old is set to become the world’s most expensive teenager, and by a long shot at that, when his eventual £166million price tag is paid to Monaco next summer.

Despite the magnitude of the move from PSG’s Ligue 1 rivals and last season’s champions however, Mbappe has had the comfort of living in the shadow of Neymar’s mammoth £198million move from Barcelona. 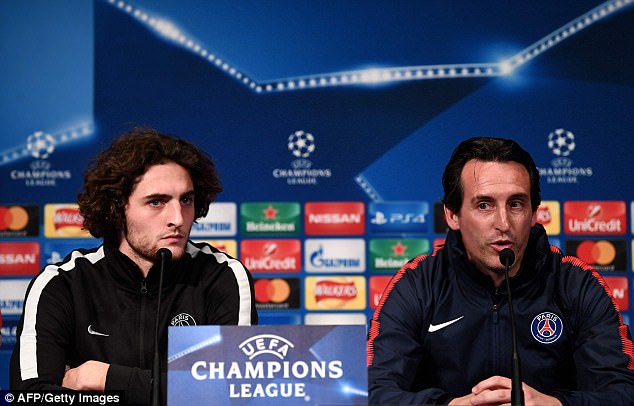 Mbappe has been free to go about his business and has looked right at home for the most part in Paris, scoring four goals in his first 12 games in all competitions for Unai Emery’s side, while having a hand in four more.

The pressure is, understandably, well and truly stacked on the shoulders of the youngster, but according to Four Four Two, Rabiot believes Mbappe is coping well at the Parc des Princes.

‘Kylian is doing just fine,’ he said ahead of PSG’s Champions League clash with Anderlecht. ‘During the training sessions he is good and fit, (but) I don’t know what happens in his head. 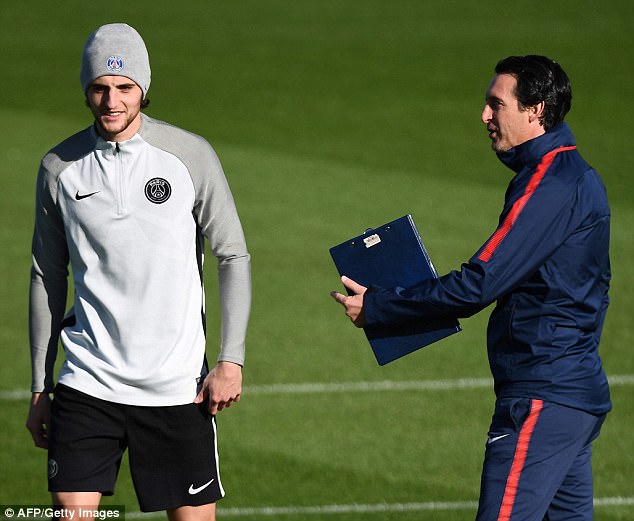 ‘There have been a lot of changes since he arrived, both on the pitch and in the media, and he is so young. It could be difficult (for someone to cope with]).

‘But I think he is fine. He looks happy and if he is less good, it’s only physically.’

Mbappe will be looking to add to his two Champions League goals in Paris on Tuesday night, with his first coming against Celtic on match day one and the second in their reverse fixture with Tuesday’s opponents in Belgium.

Competition, though, is tough in Paris with Neymar and Edinson Cavani for company, as well as Angel Di Maria looking to force Mbappe out of the starting 11, Sportsmail has reported. 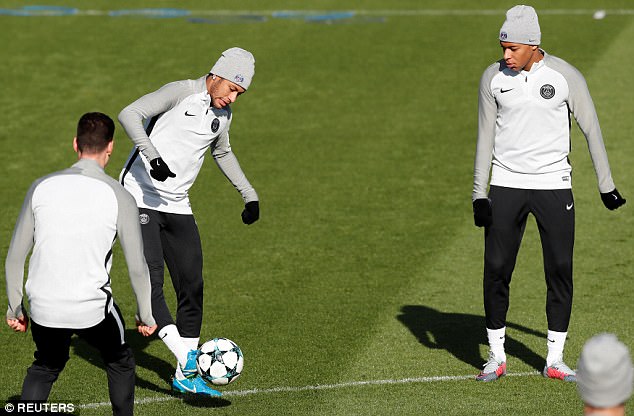 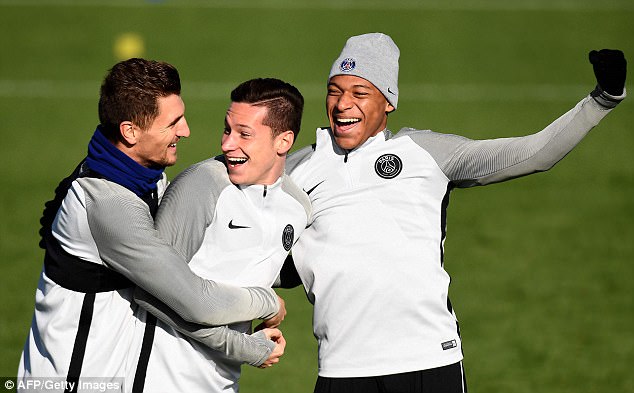 ‘We have talented players up front and when we get the ball we want to move forward – and they move very quickly,’ Rabiot added, who has appeared in all of PSG’s European and Ligue 1 games this season.

While Mbappe’s starting spot is reportedly up for contention, Emery described the excessive attention Mbappe is receiving in the press as a ‘new experience’.

‘Kylian is ready to play every match. Mentally and physically he is doing well. I have spoken to him, it’s a new experience for him,’ he said. ‘When you play well, the newspapers and television say you are the best. When you have a poor match, you have to listen to criticism.’ 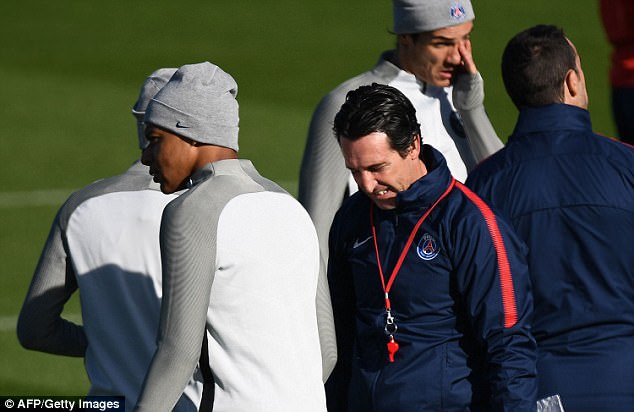