Kylian Mbappe has confirmed that he will miss PSG’s Champions League opener against Real Madrid.

The striker took to Twitter to confirm he is not fit to play on Wednesday night and is battling to return as soon as possible.

He wrote: ‘It’s now official, I will not start our European campaign at home against Madrid.

‘I am very sad not to be able to play but I will bring all my support from the stands to the team and I hope to return 100% to still and always give my best.’

The news is a bitter blow for the French champions who are suffering with a number of key absentees.

Neymar is suspended following his outburst against officials from the sidelines against Manchester United last season.

And Edinson Cavani is also out of action with a knock, meaning Thomas Tuchel’s attack has been severely blunted.

Mbappe suffered the hamstring injury last month against Toulouse and has been working to return ever since. 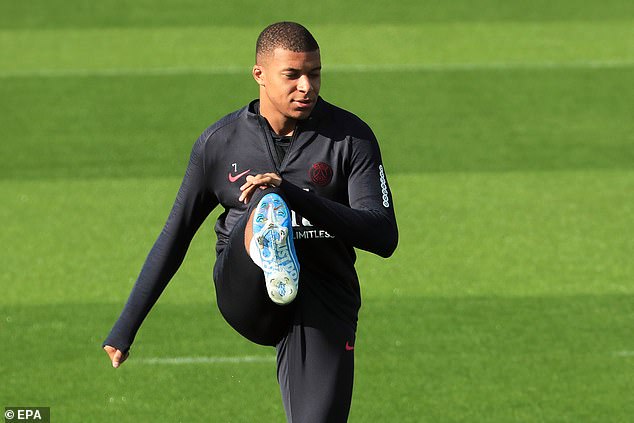