Two Australian TV presenters have parodied Prince Harry and Meghan Markle’s new ‘power portraits’ which were released to the media this week.

The images, taken before the Queen’s death last month, show the Duke and Duchess of Sussex backstage at the One Young World summit in England.

Kylie Gillies and Larry Emdur, co-hosts of Channel Seven’s The Morning Show, mimicked the couple’s unique pose, which saw Meghan standing in front of her husband as she held his index finger.

They decided to take the photo because Gillies had shown up to work wearing a red blouse with a long scarf similar to the one Meghan had worn in her portrait.

Gilles, 55, branded the royal pair ‘the Duke and Duchess of BS’ in her brutal caption.

‘The Duke and Duchess of BS. That’s my caption,’ she wrote.

The original picture shows Meghan in a red blouse and matching trousers with a chunky gold ring and earrings.

The former Suits actress stands front on, looking into the camera and holding one of Harry’s fingers. The duke stands behind her at an angle, smiling in a smart black suit and tie. 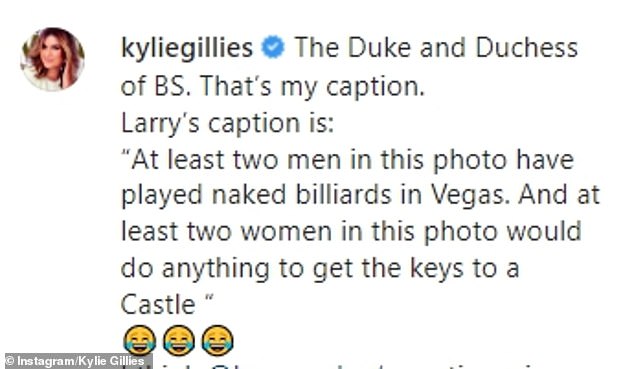 Gilles, 55, branded the royal pair ‘the Duke and Duchess of BS’ in her brutal caption

The stance is reminiscent of the couple’s 2021 Time magazine photo shoot, in which Meghan stood in the centre and Harry stood at an angle behind her with a hand resting on her shoulder.

The pictures of the Sussexes were taken by celebrity photographer Misan Harriman, director of the Southbank Centre and a friend of the couple who has taken photos of celebrities including Rihanna, Stormzy, Tom Cruise and Giorgio Armani.

He shared them days after the release of an official portrait of the so-called ‘New Fab Four’: King Charles, the Queen Consort and the Prince and Princess of Wales. The phrase ‘Fab Four’ was once used to refer to William, Harry, Kate and Meghan.

Following the Sussexes’ departure from Britain and the Queen’s death last month, the picture stressed that Charles, William and their wives will be the new core of the Royal Family moving forward.

The pictures of Harry and Meghan overshadowed images of the King and the Queen Consort’s successful first public visit since the end of the royal mourning period.

There is no suggestion the Sussexes deliberately timed the release of their images in an attempt to eclipse the King’s visit. But is illustrative of the fact that since they moved to the U.S., they have not coordinated their activities with those of other members of the Royal Family, resulting in several clashes. 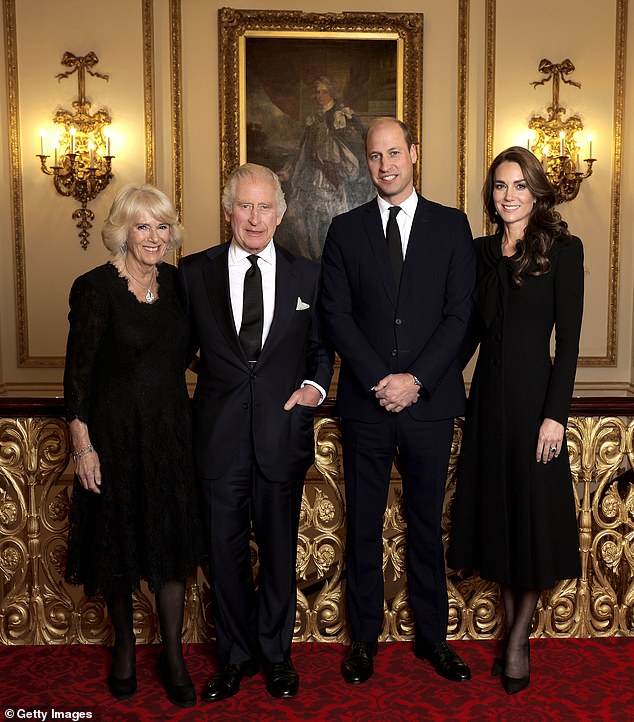 The pictures of the Sussexes were shared days after the release of an official portrait of the so-called ‘New Fab Four’: King Charles, the Queen Consort and the Prince and Princess of Wales (pictured). The phrase ‘Fab Four’ was once used to refer to William, Harry, Kate and Meghan