Kylie Jenner and Kourtney Kardashian are twinning in Instagram selfie

They are both parents now.

And half-sisters Kylie Jenner and Kourtney Kardashian enjoyed a bit of quality time together on Friday, promoting their joint makeup collection.

In a mirror selfie Kourtney, 39, posted to Instagram, she and 20-year-old Kylie let their half-open white blouses slide suggestively off their shoulders.

The cleavage-baring duo put on their best smoldering supermodel stares and aimed them at the mirror through thick layers of makeup.

Kourtney captioned to her nearly 63 million Instagram followers: ‘thank you for all of the love and support on our KOURT X KYLIE collab! RESTOCK today at 3pm pst’.

Samantha Armytage of the Australian breakfast show Sunrise pointed out this Thursday that the KOURT X KYLIE debut happened to occur right around the time Kourtney jetted to Washington, D.C. to push for new makeup regulation.

‘She’s supporting the bill that will require companies to disclose their ingredients to the FDA and change legislation that has not been updated in 80 years,’ said Samantha. ‘But it wouldn’t be a true Kardashian event without a plug, timing the launch of her makeup collaboration with sister Kylie around her advocacy.’ 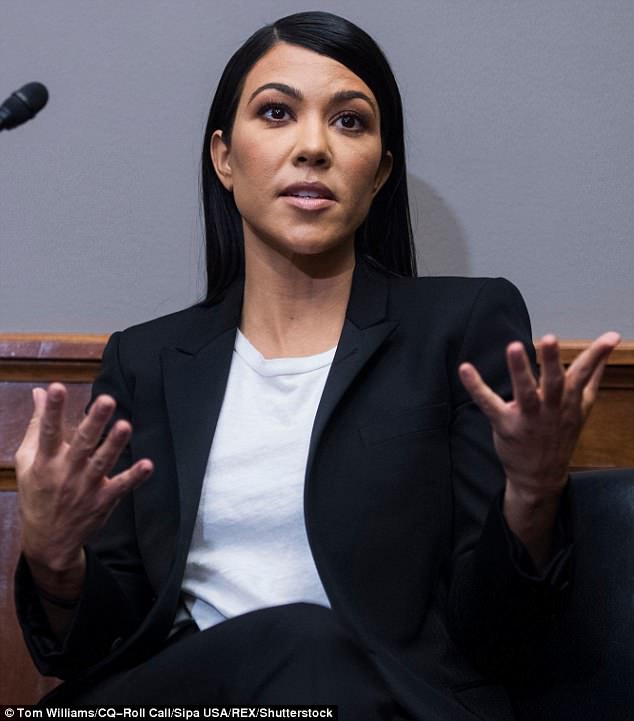 Miss Kardashian Goes To Washington: Earlier this week, Kourtney was in her nation’s capital speaking at an Environmental Working Group briefing on cosmetics reform

Kourtney has three children with her delectable ex Scott Disick. Their son Mason’s 2009 birth was immortalized on an episode of Keeping Up With The Kardashians.

The publicly amicable co-parents welcomed Penelope into the world in 2012, and Kourtney gave birth to her youngest child, Reign, in 2014.

Kourtney and Scott, who were introduced in 2006 by Girls Gone Wild founder Joe Francis in Mexico, last ended their romantic relationship in July of 2015.

They are now each dating someone more than a decade younger – Kourtney has a 24-year-old Algerian model toyboy called Younes Bendjima, while Scott, 34, is cavorting around with Lionel Richie’s 19-year-old daughter Sofia. 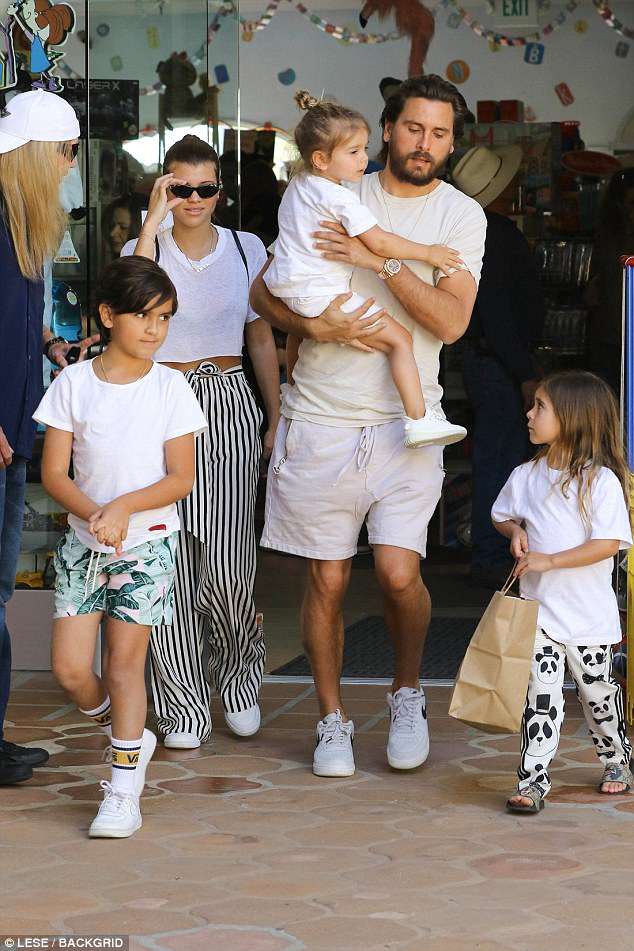 Meanwhile, this February 1, Kylie, 20, and her beau Travis Scott, 25, a.k.a. Jacques Webster, welcomed their own daughter Stormi Webster.

Khloe’s sister Kim swung by The Ellen DeGeneres Show this week and said of Tristan’s infidelity, which DailyMail.com exposed less than 48 hours before True was born: ‘Like, I don’t even know how to describe it besides it’s just so f***ed up.’

Wearing a skirt from her husband Kanye West’s line Yeezy, the sex tape icon said she would ‘try not to say anything so negative, ’cause one day, True is gonna see this.’ 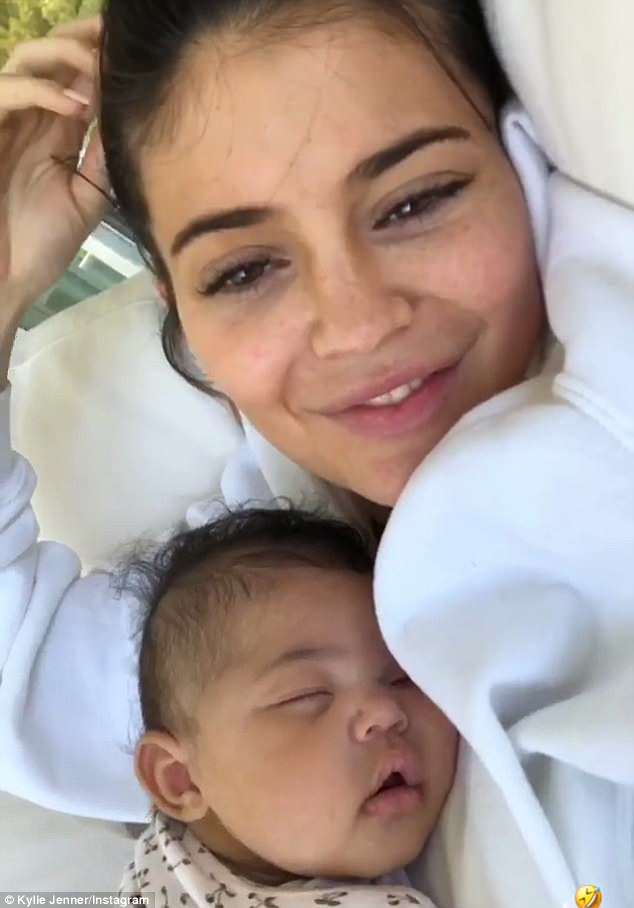 Mother and child: Meanwhile, this February 1, Kylie, 20, and her beau Travis Scott, 25, a.k.a. Jacques Webster, welcomed their own daughter Stormi Webster