Kylie Jenner and Travis Scott had been trying for a second child for ‘almost a year’ before news of the makeup exec’s pregnancy was reported last week.

Jenner, 24, and Scott, 30, were ‘trying for many months … to get pregnant again,’ hoping to give daughter Stormi, three, a sibling close to her age, according to Us Weekly.

‘Kylie really wanted her siblings to be close in age because she feels so close to Kendall [Jenner] and wants that for Stormi,’ an insider said, adding that the couple are ‘beyond thrilled’ about baby number two.

Growing family: Kylie Jenner and on/off beau Travis Scott had reportedly been trying for baby number two for ‘over a year’ before their pregnancy news emerged last week. They’re seen with daughter Stormi in June above

Kylie has been open about her desire to have a big family, telling Snapchat fans in 2018: ‘Am I going to have another baby? I want another baby, but when is the question. I’m definitely not ready right this second and I don’t know when I will be. But yeah, when I do, I would love to share more of that with you guys.’

Still, the happy baby news has not been officially confirmed by the Kardashian/Jenner camp.

Kylie has not publicly confirmed the news and her representative declined to comment when contacted by DailyMail.com.

Caitlyn Jenner set off the speculation while out on a campaign stop on Thursday amid California’s gubernatorial recall election.

The 71-year-old Olympian claimed while visiting The Toy Store in Northern California’s Quincy that her nineteenth grandchild was on the way.

Citing multiple sources, the site said that the entire family was ‘thrilled at her news.’ 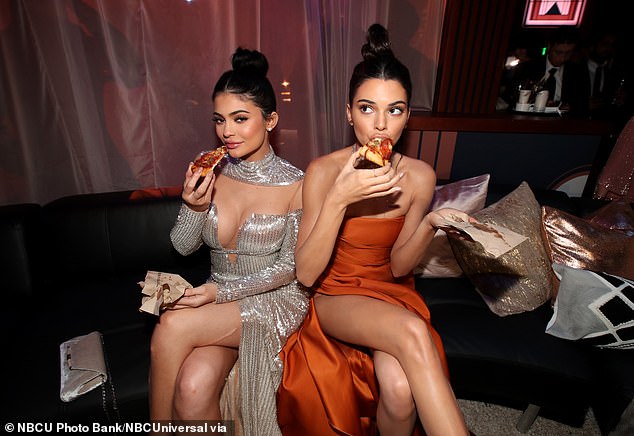 Close: ‘Kylie really wanted her siblings to be close in age because she feels so close to Kendall [Jenner] and wants that for Stormi,’ an insider said, adding that the couple are ‘beyond thrilled’ about baby number two

So far, the reality star doesn’t know the sex of her child, and it’s unclear when she’s due.

And others sources told PEOPLE that she is already showing and was ‘thrilled’ to be pregnant again. ‘Kylie is a few months along. She has a cute bump. She is beyond excited.

‘She has been enjoying her pregnancy in private. She has only spent time with close friends and family.’

It was added: ‘She has been wanting to give Stormi a sibling for a while. She loves being a mom. She is thrilled that she and Travis are pregnant again.’

On Friday morning a video emerged showing Caitlyn bragging to people in the establishment that she has ’18 grandkids.’ 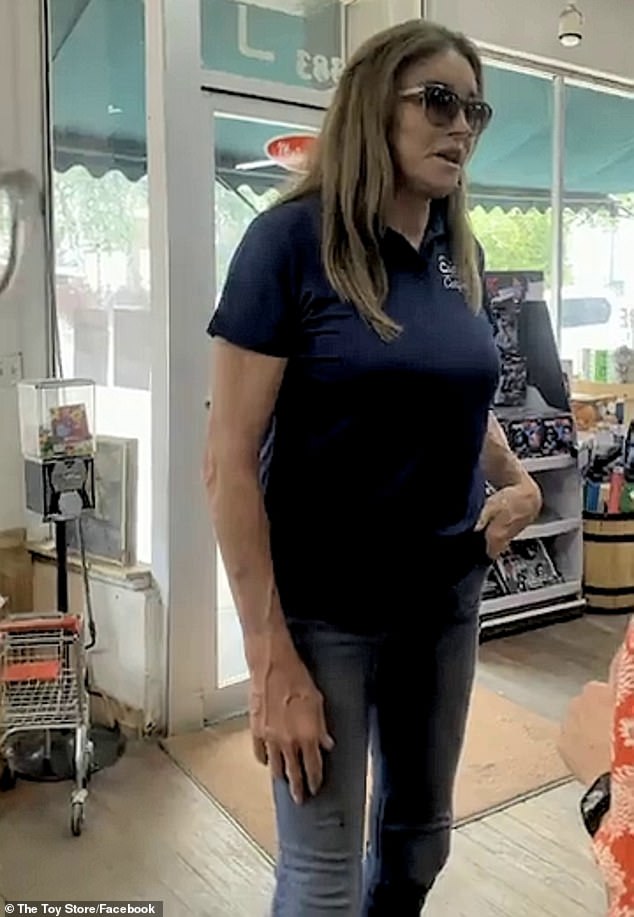 Letting it slip: Caitlyn Jenner set off the speculation while out on a campaign stop on Thursday amid California ‘s gubernatorial recall election, telling reporters she has another grandchild ‘in the oven’

‘I keep telling the girls — they’re not too excited about this — but we want to go for 30,’ she says while grinning, adding that it’s a ’round number.’

‘I just found out the other day that I have another one in the oven,’ she continued, potentially meaning she’ll soon have 19 grandchildren.

Caitlyn has multiple children she could have been hinting was expecting, but sources close to her claim she wasn’t even talking about Kylie.

Her son Burt Jenner is expecting his third child with his girlfriend, sources told Page Six, claiming that that’s who Caitlyn was referring to.

It’s unclear if Caitlyn knew of Kylie’s pregnancy, though her fuzzy math may have been a hint.

She said she was going to have 19 grandchildren with Burt’s future child, but then she added that she was only ten grandchildren away from her goal of 30.

However, if she was also counting a grandchild from Kylie, bringing the total up to 20, then her math would make more sense.