She didn’t show off her baby bump in the photo booth at her mom Kris Jenner’s Christmas Eve party.

But 20-year-old Kylie Jenner did reveal something else…that she’s still with baby daddy rapper Travis Scott, 25, according to TMZ on Wednesday

Kylie and Travis posed repeatedly for the camera during the 62-year-old’s celeb-filled party at her home in the upmarket neighborhood of Calabasas in Los Angeles County, answering the question: Are they still together?

However, the young reality star and make-up entrepreneur was careful not to be snapped showing off her tummy, keeping any signs of her pregnancy hidden.

Kylie, who has yet to reveal whether she actually is expecting, has kept a low profile since TMZ revealed that she’s having a baby girl.

She is reportedly due in February. 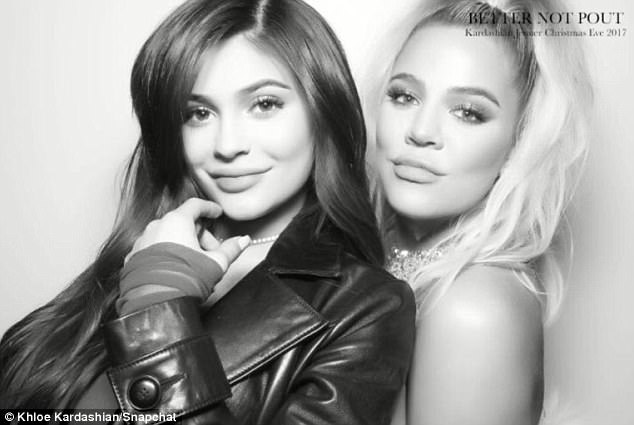 No sign of their bumps: Kylie posed with half-sister Khloe Kardashian, 33, who confirmed this month that she is expecting a baby with her beau, basketball player Tristan Thompson

Kylie also posed with half-sister Khloe Kardashian, 33, who confirmed earlier this month that she is expecting a baby with her beau, basketball player Tristan Thompson.

The couple lives in Cleveland, Ohio, where the 26-year-old, who stands 6ft 9ins tall, plays for the Cleveland Cavaliers.

Khloe shared the pics on Snapchat on Wednesday. 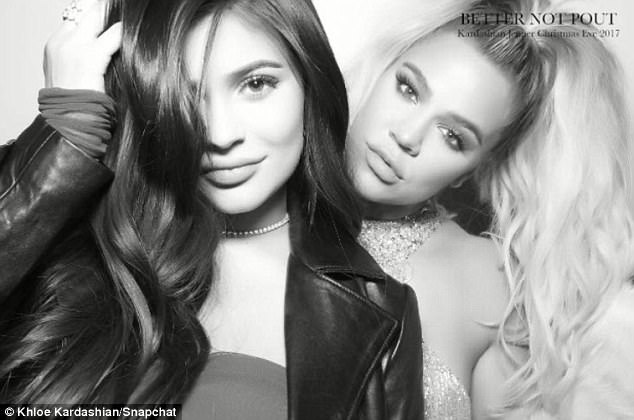 Devoted sisters: The pair are reportedly enjoying being pregnant at the same time 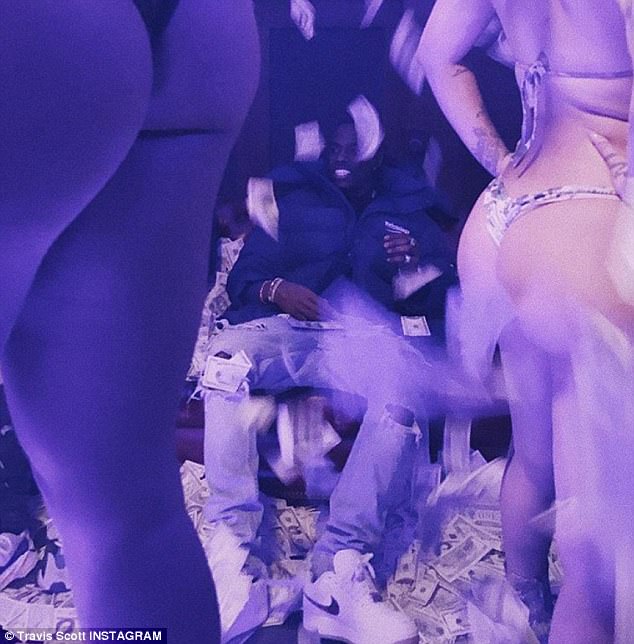 Making it rain! Travis posted on Wednesday what appeared to be a still from an upcoming music video

Among the other guests at the bash, Kim Kardashian and husband Kanye West, Christina Aguilera, Ryan Seacrest, O.T.Genasis, Travis Barker and Randy Jackson.

On Christmas morning, the Kardashian-Jenner clan, including Kylie and half-brother Rob Kardashian, celebrated at Kourtney Kardashian‘s Calabasas home. according to Us Weekly.

They donned festive PJs as they ate breakfast and shared a mountain of presents. 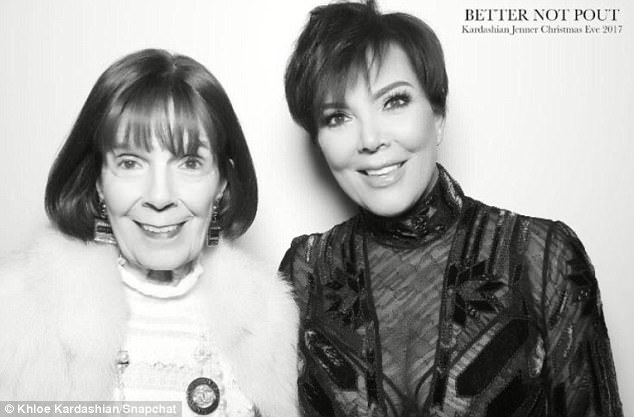 In the family: Khloe also shared this picture of mom Kris with her own mom, Mary Jo ‘M.J.’ Campbell, 83, from the photo booth at the bash