Kylie Jenner is expecting her second child with rapper beau Travis Scott, with whom she already shares daughter Stormi Webster.

And on Tuesday the cosmetics mogul, 24, revealed what her pregnancy cravings are.

The Keeping Up With The Kardashians veteran indulged in waffles with a side of berries for breakfast.

Yummy: Kylie Jenner revealed what her pregnancy cravings are. The Keeping Up With The Kardashians veteran indulged in waffles with a side of berries for breakfast 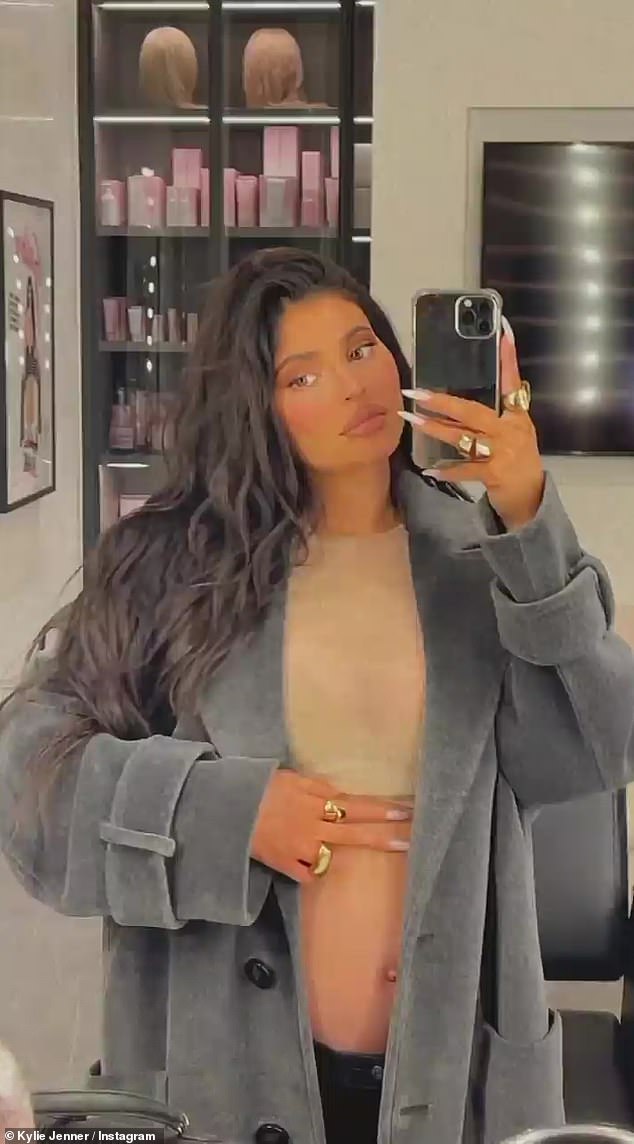 Baby on board: The looker s expecting her second child with rapper beau Travis Scott, with whom she already shares daughter Stormi Webster

The sister of model Kendall Jenner shared an image of the breakfast spread on her Instagram stories.

There was a waffle that was cut up and covered with raspberries.

On the side was a small bowl of blueberries and round balls of butter, as well as a side of maple syrup.

Jenner has been keeping a low profile during this second pregnancy.

She opted to skip the recent Met Gala because she felt ‘overwhelmed’ after a busy time at New York Fashion Week. 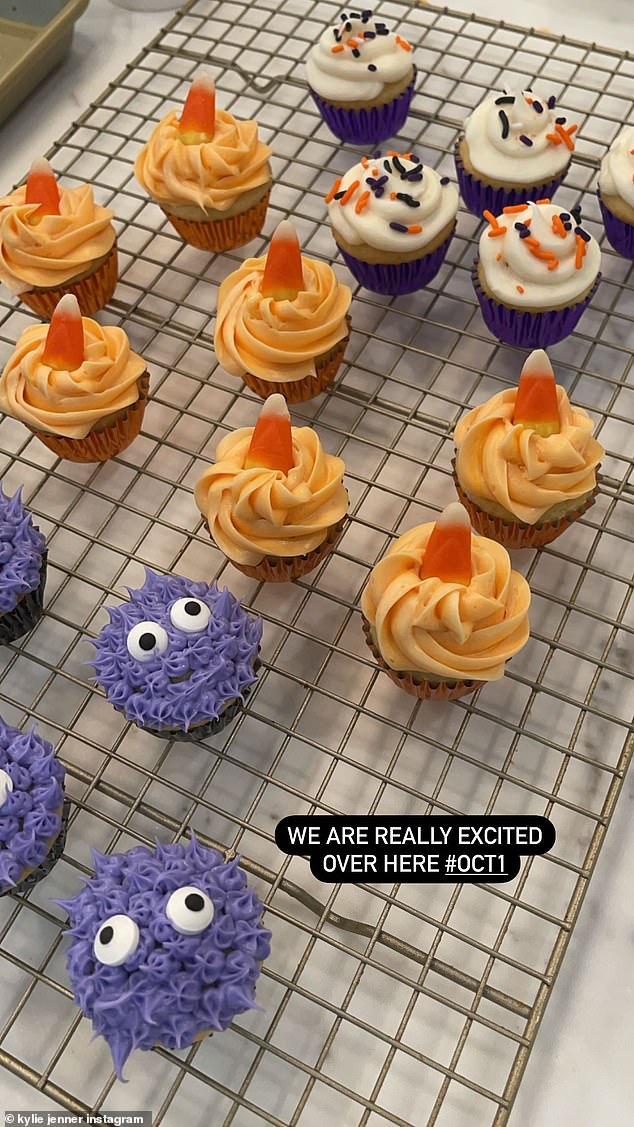 More sweets: And the reality TV star has also shared photos of the Halloween cupcakes she has made at her Hidden Hills, California mansion

The reality star decided to miss the glitzy event because she didn’t ‘feel great’.

A source explained at the time: ‘She pulled out last minute because she is overwhelmed and just doesn’t feel great.

‘She did a lot this past weekend and pushed it. Kylie has been going back and forth for the last two months on if she wanted to attend or not and decided she doesn’t really need to go.’

Kylie continues to take an active role in her business interests. But, for the time being, she’s decided to focus her attention on her pregnancy. 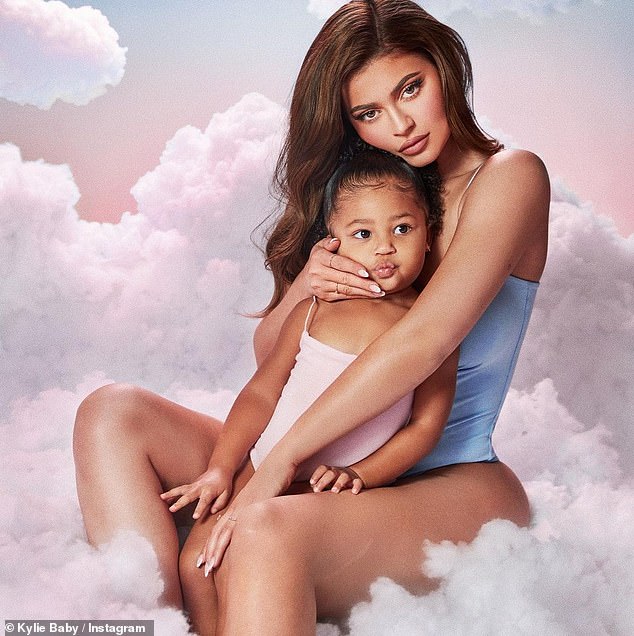 Her first born baby: Here the siren is seen cuddling Stormi for an ad for Kylie Baby

The insider said: ‘Kylie is focused on her pregnancy right now and just wants to take it easy.’

On Tuesday she also shared a gory video of fake blood dripping down her naked body to promote the Kylie Cosmetics x Nightmare on Elm Street collection.

The 24-year-old beauty mogul teased fans about her brand’s Halloween drop with the Freddy Krueger-inspired visual, which saw her sensually rub the red liquid all over her skin to the soundtrack of ‘One, Two, Freddy’s Coming For You’ from the 1984 Wes Craven horror classic.

The reality star captioned the Instagram post: ‘can you guess who we collaborated with this year for halloween? collection reveal coming today @ kylie cosmetics.’ 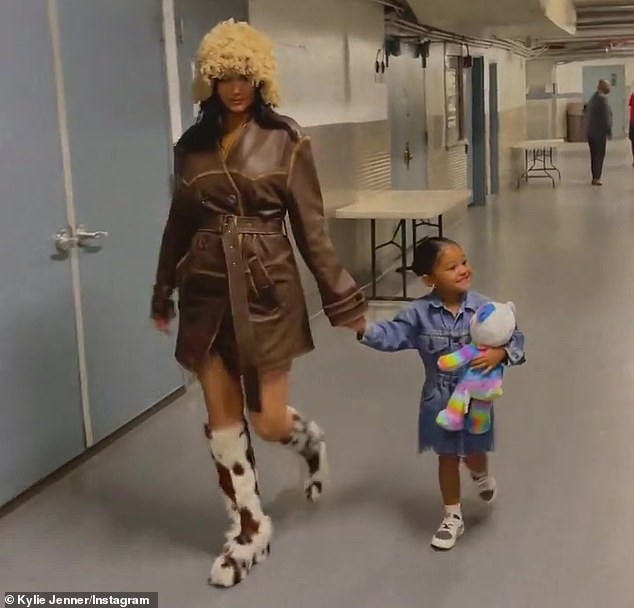 Before she took a break: Jenner was seen in New York City with Stormi before she told fans she could not make the Met Gala

The collection is set to drop on October 12, in time for Halloween on October 31.

Her latest line comes after the star launched her debut baby, which has been ‘tested and approved’ by her three-year-old daughter, Stormi Webster.

The brunette beauty – whose Kylie Baby brand is a line of skin and haircare products dedicated to babies and young kids – wrote on Instagram: ‘I’m so excited to introduce @kylie baby to you guys [heart emoji] it was a dream of mine to develop clean, safe, effective, and conscious baby care when i became a mom. i know we all want the absolute best for our kids so making this line completely vegan and hypoallergenic was very personal to me! i’m so proud of these products and couldn’t wait to share this with you and your family! launching September 28th.’

Discussing the new products in an Instagram Story video, Kylie added: ‘These are all Stormi-tested and approved.’ 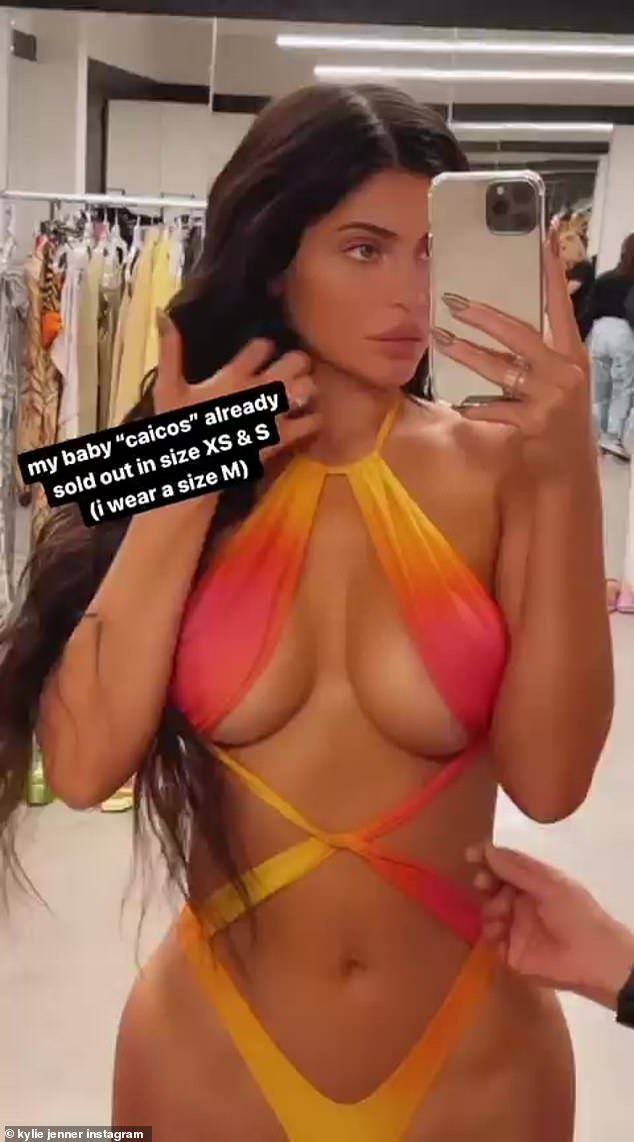 Busy babe: Also this year she has released a swimwear line that offers sexy styles