Kylie Minogue has cancelled all interviews during her upcoming trip home to Australia.

The London-based pop sensation, 49, is set to arrive in the country this week to perform songs from her highly-anticipated new album, Golden.

But the songstress has opted out of all accompanying promotional interviews, citing illness as the cause for the last-minute cancellation.

Cancelled: The Daily Telegraph reported on Tuesday that Kylie Minogue has pulled out of all promotional interviews during her trip home to Australia this week

On Thursday, Kylie is set to take the stage in Sydney for an invitation-only Nova Red Room concert.

A spokesperson told The Daily Telegraph on Tuesday: ‘She (Kylie) has a throat infection and needs to rest her voice ahead of the performance’.

The publication says ‘all other commitments are believed to have been spiked until further notice’. 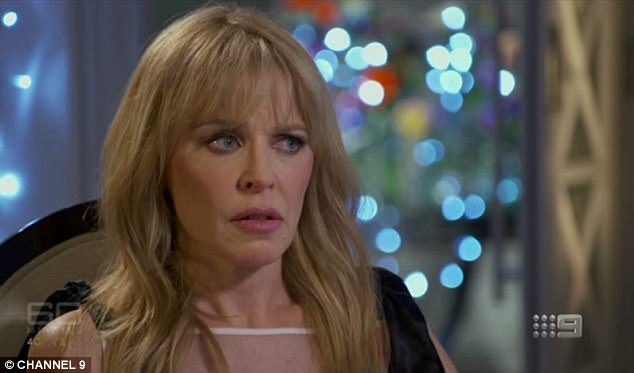 Awkward: The news comes less than 48 hours after journalist Karl Stefanovic was slammed for his interview with Kylie, which was broadcast on Sunday night’s edition of 60 Minutes

The news comes less than 48 hours after journalist Karl Stefanovic was slammed for his interview with Kylie, which was broadcast on Sunday night’s edition of 60 Minutes.

Viewers branded the Channel Nine star’s chat a ‘trainwreck’ and called for someone more ‘professional’ to take the helm.

During the chat Karl made Kylie visibly uncomfortable by describing her as ‘hot 50-year-old’ and asked if she could stop dating ‘incredibly good-looking d**kheads’. 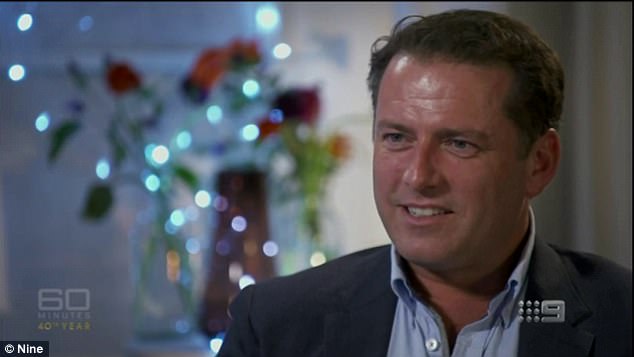 Oh dear: Karl was slammed after he called a ‘hot 50-year-old’ and told her to stop dating ‘d**kheads’ in a bizarre interview

Viewers flocked to Twitter to blast the ‘rubbish’ interview and claimed Karl was using the chat to ‘creep’ on Kylie.

The Channel Nine personality concluded the interview by bringing out a birthday cake for Kylie and singing to her, in a nod to her 50th in May.

Coming up from behind her, the grinning host gestured at the camera crew and publicists to join in as he serenaded a squirming Kylie.

It’s not believed that the poorly-received chat is related to the pop queen’s decision to pull the pin on further interviews with Australian journalists. 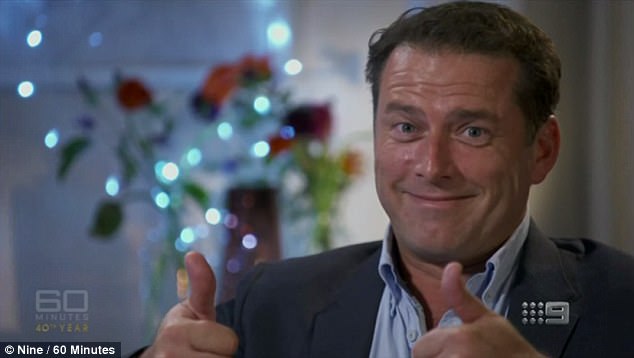 Backlash: Viewers were less than impressed with Karl’s onscreen antics, blasting the ‘trainwreck’ interview and calling for someone more ‘professional’ to take the helm