She became a first time mother at 41 on Tuesday.

And Kym Johnson proved a proud parent immediately as she posted an adorable snap of her newborn twins Haven Mae and Hudson Robert on Saturday.

The Dancing With The Stars alum shared a sweet snap of her babies napping in a stroller via Instagram with the caption: ‘Twinning.’

Newborn love: Kym Johnson proved a proud parent immediately as she posted an adorable snap of her newborn twins Haven Mae and Hudson Robert on Saturday

One of the babies wore a black and white polka dot pajama set as the other rocked a similar pink set.

Both held their arms above their heads as they kept their eyes closed.

Kym had also recently shared a photo holding one of the babies as her husband Robert Herjavec hugged the both of them.

She captioned the picture: ‘Just after their arrival into the the world! Hudson weighed 7.3 lbs and Haven was 6.3 lbs. 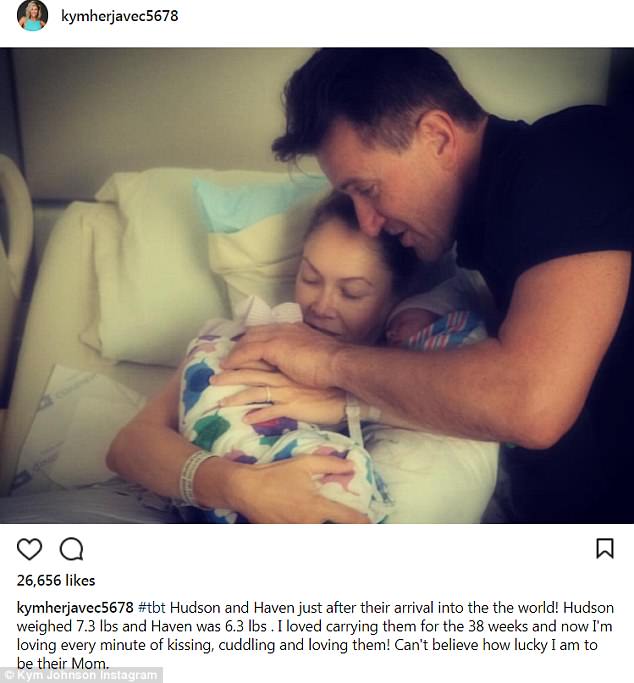 ‘I loved carrying them for the 38 weeks and now I’m loving every minute of kissing, cuddling and loving them! Can’t believe how lucky I am to be their Mom.’

‘May you always know love, peace, and grace in your lives. May your dreams have no bounds and your spirit be strong.’

The Australian-born beauty also posted a snap to her Instagram account on Monday night showing her husband with two bundles of joy in his arms. 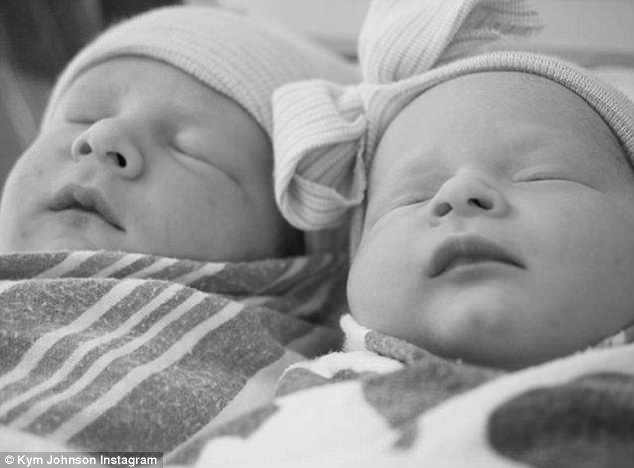 Beautiful: Dancing With the Stars pro Kym Johnson made sure to give her newborn twins the perfect names just hours after delivering a boy and a girl on Monday night

The dancer married the Canadian businessman in 2016 after they fell in love while partnering on the ABC reality competition in 2015.

‘They’re getting pretty big now. I feel them moving around a lot. They’re fighting for room!’ she said in an interview with the magazine. 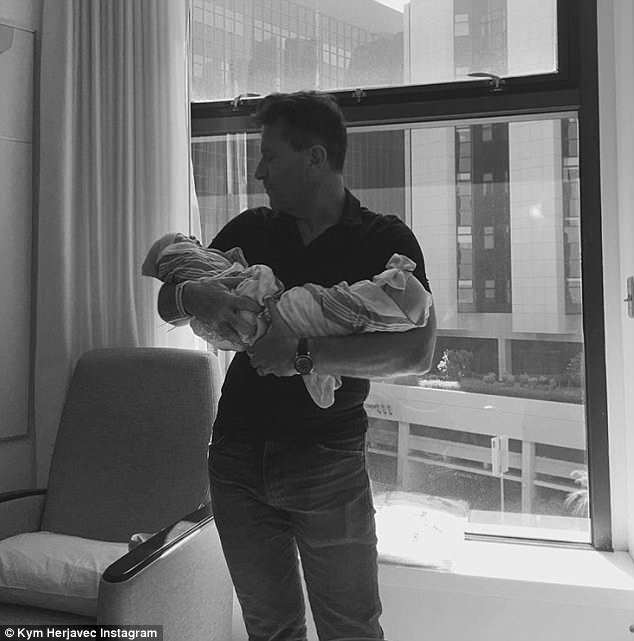 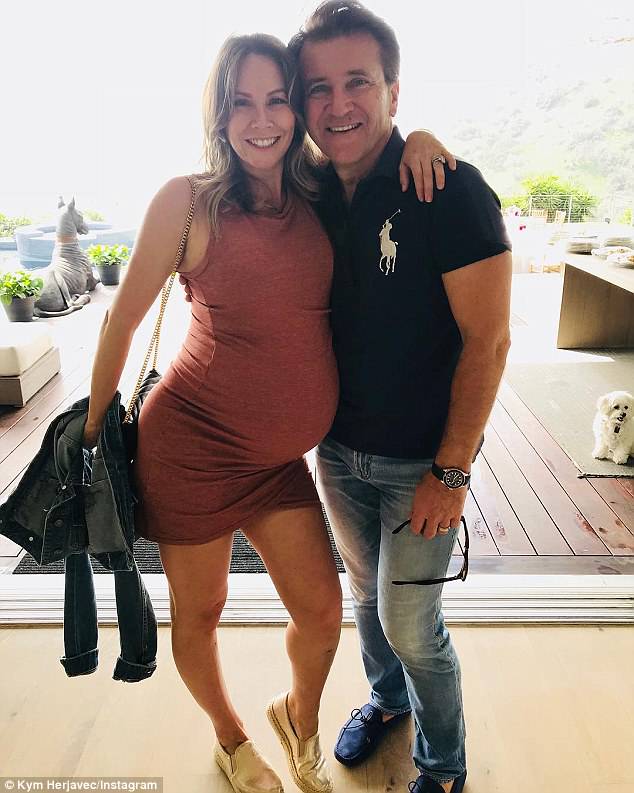 Proud new parents: The boy and girl are the first children for the Australian Dancing With The Stars pro who fell in love with Shark Tank star Robert on the ABC show in 2015 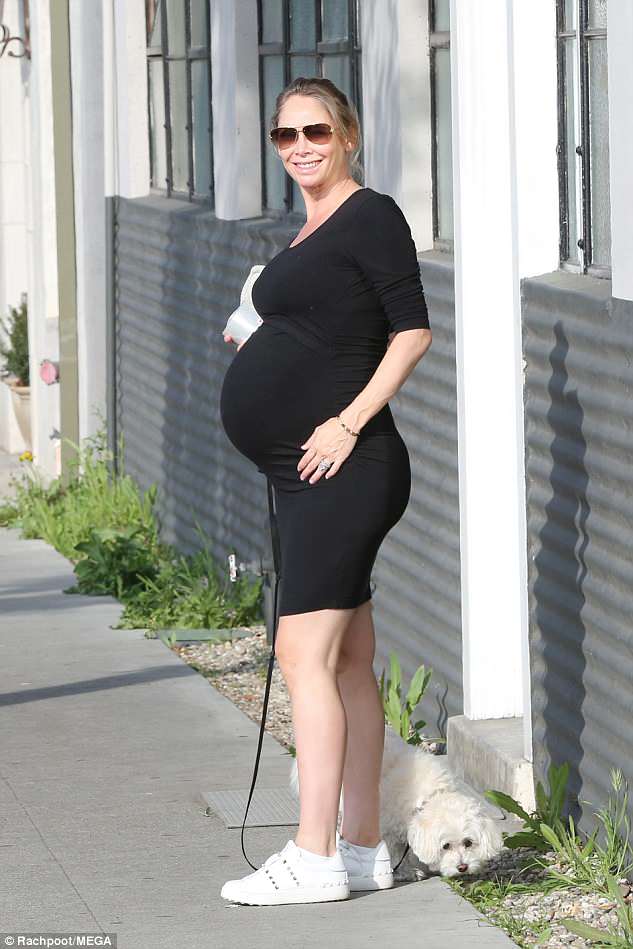 Expectant mom: Kym has been sharing her pregnancy journey with fans via social media and stayed active up until the birth. She’s pictured walking her dog in LA earlier this month

‘I’m so excited to see Robert with the babies,’ she added. ‘He’s already talking to them and singing songs at night so I’m sure they’ll recognize his voice. We can’t wait. It’s such an amazing blessing.’

Robert already has three children – two daughters and a son – from his first marriage to Diane Plese.

He and Kym were able to start a family after turning to IVF.

‘I’ve always wanted to be a mom and I wasn’t sure it was going to happen. It really is a miracle,’ she told People just weeks before her birth. ‘It’s such an amazing blessing,’ she added. 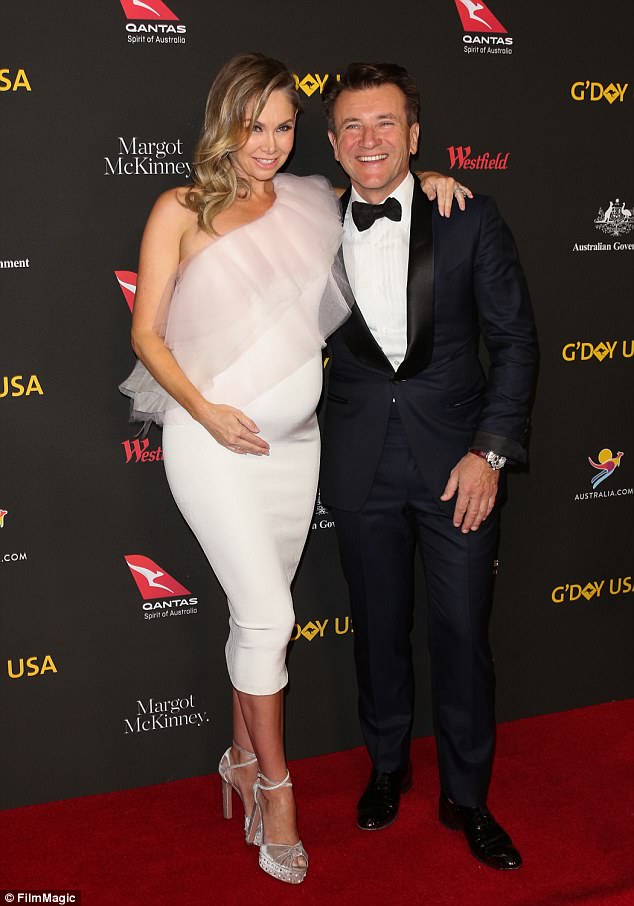 Double joy: Kym recently told People that she was more excited than nervous about giving birth to her first children. She and the Canadian businessman wed in 2016