It has been another rocky day at the Brooklyn Nets.

The week began with a standoff between star man Kevin Durant and owner Joe Tsai, after Durant told the Nets to trade him or fire coach Steve Nash and general manager Sean Marks.

Now on Tuesday, Kyrie Irving’s agent and stepmother has been forced to deny claims that the 30-year-old ‘hates’ working with Nash and Marks, as reported by the New York Post. 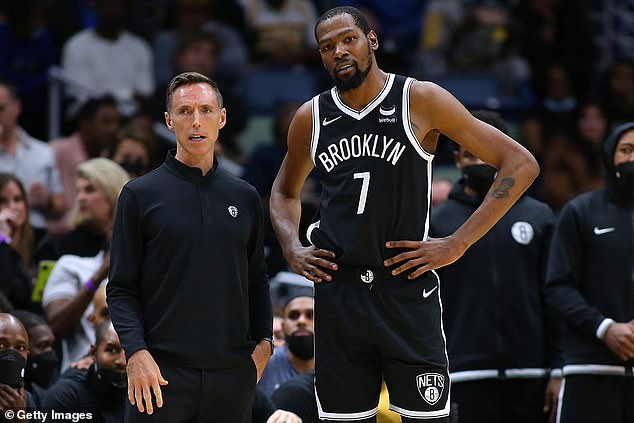 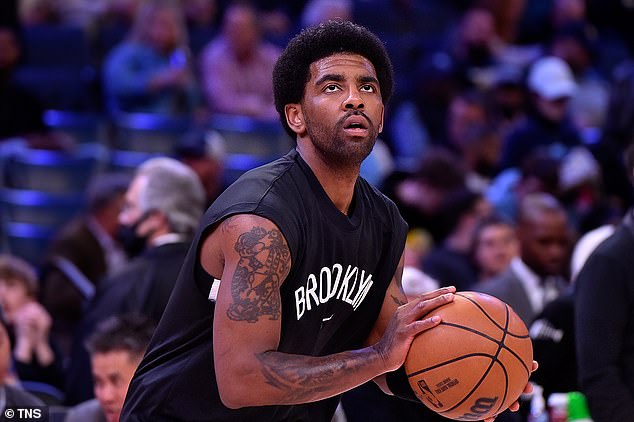 Contacting the publication to try and set the record straight, Shetallia Riley Irving said: ‘I am not sure where this narrative is coming from but Kyrie does not hate Steve nor Sean.

‘That’s not a part of his being nor how he represents himself in the world. He’s about peace, love and acceptance.’

But interestingly, The Post said that Riley Irving offered no comment when asked if he backs Nash and Marks to continue in their leadership roles.

Earlier on Tuesday, The Post quoted a source as saying: ‘Kyrie Irving hates these guys. He feels that Nash is terrible and Marks is bad.’

But the quotes from Irving’s agent at least provide a little bit of respite for Nash and Marks, who have been in the firing line this week.

Durant first asked for a trade over a month ago but, according to The Athletic, told team owner Tsai that he’d stay with the Nets if Nash and Marks were fired.

Tsai nailed his colors to the mast late Monday, taking to Twitter to say: ‘Our front office and coaching staff have my support. We will make decisions in the best interest of the Brooklyn Nets.’ 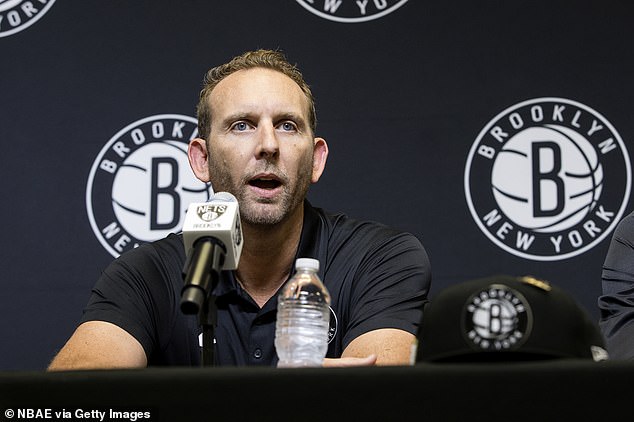 Our front office and coaching staff have my support. We will make decisions in the best interest of the Brooklyn Nets. 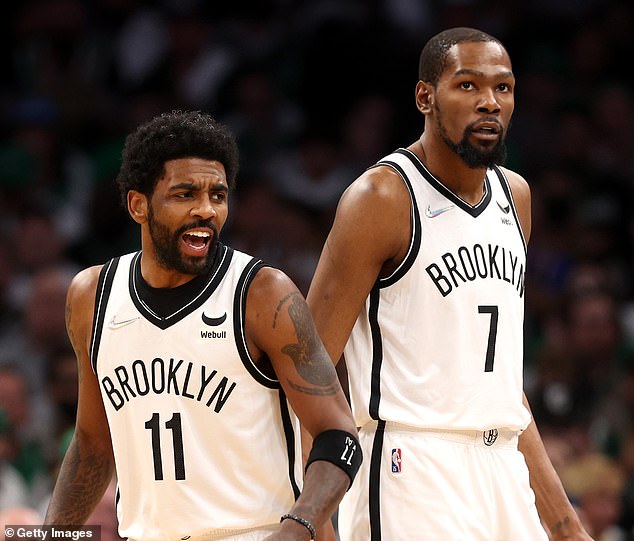 But if Nash and Marks thought they’d ridden out the storm, the murmurs of discontent around Irving proved them wrong.

The Nets were swept in the first round of the Eastern Conference playoffs last season by the Boston Celtics, who have since reportedly offered All-Star Jaylen Brown in exchange for Brooklyn’s disgruntled superstar forward.

Durant still has $198 million and four years remaining on his contract, while Brown has two seasons and $56 million left on his.