Scott Morrison’s government could crumble around him within a month as the Liberals face an uphill battle to retain former prime minister Malcolm Turnbull’s seat.

A new poll shows the Liberal vote has plummeted in the blue-ribbon seat of Wentworth, which will be contested in a by-election following Mr Turnbull’s expected resignation on Friday.

And the government faced another blow on Thursday as Victorian MP Julia Banks quit parliament, saying the party’s leadership chaos was the final straw.

Ms Banks said she faced bullying and intimidation in the lead-up to the leadership spill which saw Mr Turnbull replaced by Mr Morrison as Prime Minister.

Ms Banks, who holds the marginal seat of Chisholm, said she agreed with hundreds of people who had told her they wanted Malcolm Turnbull to remain prime minister.

‘I have always listened to the people who elected me and put Australia’s national interest before internal political games, factional party grudges, self-proclaimed powerbrokers and certain media personalities who bear vindictive, mean-spirited grudges,’ she said on Tuesday.

The new ReachTel poll shows the Liberal Party and Labor pegged at 50 per cent each on a two-party preferred basis, in a clear sign Wentworth voters are planning to punish the Liberals for dumping the former prime minister.

If the Liberals lose the seat, the Coalition will lose its majority in the House of Representatives.

In the 2016 federal election, the two-party vote was 67.8 per cent in Mr Turnbull’s favour.

Mr Turnbull will resign as an MP on Friday after representing the seat for 14 years, ahead of a byelection expected in early October.

Senior Labor MP Richard Marles said Wentworth was one of the country’s safest seats and the outcome of the byelection would reflect on new Prime Minister Scott Morrison.

‘Anything other than a strong Liberal win in the Wentworth by-election is going to represent an initial rejection by the Australian people to the idea of Scott being the prime minister,’ he told Sky News. 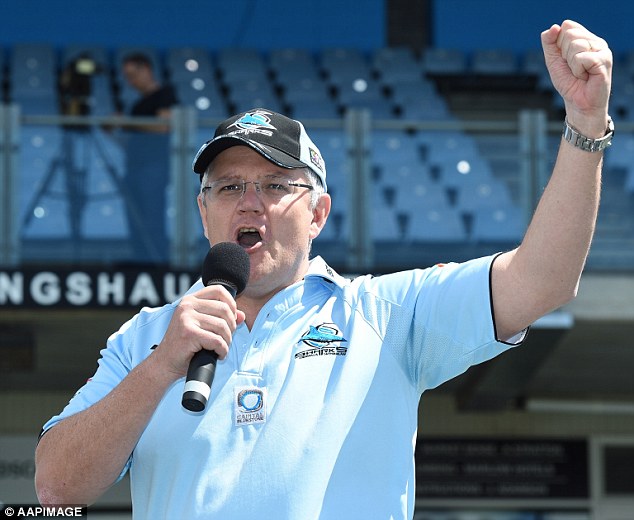 A majority think Australia should move to 100 per cent renewable energy within five to 10 years and also believe the National Energy Guarantee should include an emissions reduction target, according to the poll.

They also think new Mr Morrison will do less to tackle climate change than his predecessor.

Half of the voters said Mr Morrison’s 2017 parliamentary question time coal stunt made them less likely to vote Liberal at the next election.

And Labor’s primary vote has soared to 29.9 per cent, from 17.7 per cent when the federal election was held.

The former ambassador to Israel garnered 34.6 per cent support, against 20.3 per cent for Labor’s Tim Murray.

The next highest responses were for Independent Kerryn Phelps and NSW state Independent MP Alex Greenwich, who were both on about 11 per cent.

Professor Phelps, a Sydney City councillor, has not said if she plans to run or not.

Mr Greenwich has already ruled himself out.

Mr Sharma is looking at a preselection face-off against Business Council of Australia executive director Andrew Bragg, who resigned his post this week.