Opposition leader Anthony Albanese has found love with a glamorous young finance worker after being left heartbroken by his ex-wife and the mother of his only son.

It comes just months after Mr Albanese opened up about his ‘difficult’ split from former NSW deputy premier Carmel Tebbut.

But it now seems the 57-year-old Labor Leader has moved on with avid NRL fan 41-year-old Jodie Haydon. 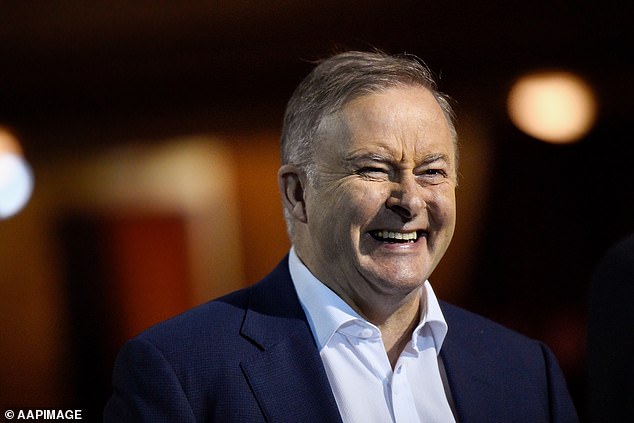 A source close to Mr Albanese confirmed the relationship to The Sunday Telegraph before the pair were pictured together having dinner last week.

Ms Haydon is the Manager of Strategic Partnerships at First State Super with over 20 years experience.

She grew up on the Central Coast and has never been married or had children, her LinkedIn page reveals.

Ms Haydon describes herself as a strategic partnership manager who works to ’empower unions, associations and their members to make the right superannuation choices for their future’.

The Labor leader was addressing 250 people at a Melbourne conference late last year when he asked whether there were any Rabbitohs supporters in the room.

Ms Haydon was the only person to raise her hand, prompting Mr Albanese to introduce himself while working the room. 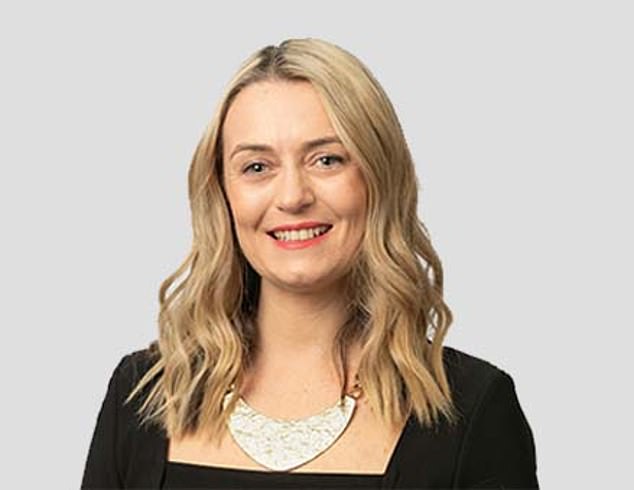 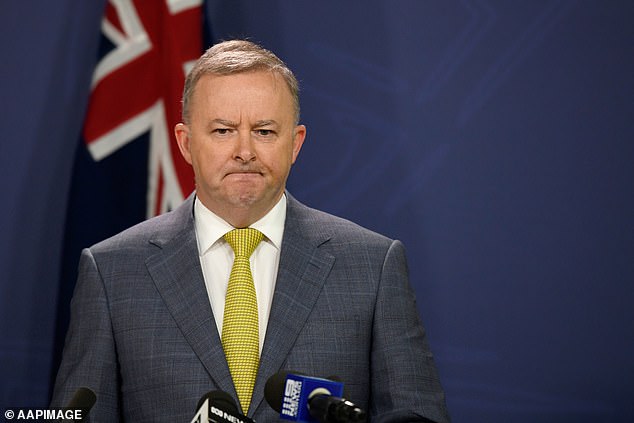 Mr Albanese was left heartbroken after his ‘difficult’ divorce with NSW deputy premier Carmel Tebbutt, who decided to call it quits on the 30-year relationship on January 1 last year

He discovered Ms Haydon was a Souths member, from Sydney and living in his very own electorate in Marrickville in the city’s inner-west.

Sources have disclosed that the couple have been able to get to know each other as Mr Albanese has had time off the road due to the coronavirus pandemic.

The couple have been trying to keep their relationship a secret as it is still early days.

The relationship is the first for Mr Albanese since splitting with his wife of 30 years just last year.

The pair married in 2000 and have a 19-year-old son called Nathan, who lives with the Labor leader in Marrickville in Sydney’s inner-west.

Mr Albanese – then a Labor frontbencher – said it was ‘really tough’ and a ‘difficult period’ in an eye-opening interview with The Herald Sun in January this year.

‘I’m an emotional person and I found it very difficult.’ 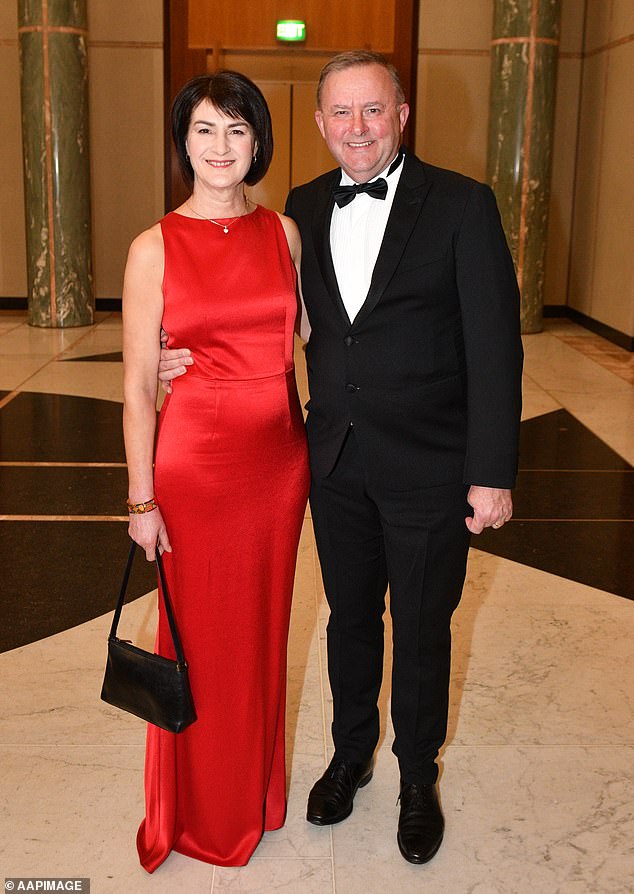 The relationship is the first for Mr Albanese since splitting with his wife of 30-years, Carmel, just last year. They are pictured together in 2018

Mr Albanese, who said the break-up wasn’t his decision, said it took a long time to accept and come to terms with the end of the relationship.

He announced the couple were separating in a statement released on January 7, 2019.

‘I am deeply saddened that my relationship of 30 years with Carmel Tebbutt has ended in separation,’ the statement said.

‘We will continue to share parenting responsibilities for our 18-year-old son Nathan, who has successfully completed his HSC and has developed into an outstanding young man who we are both proud of.’

The statement said no third parties had been involved in the split.

In the wake of the separation, Mr Albanese followed a commitment in the US before travelling to Europe for a self-funded break. 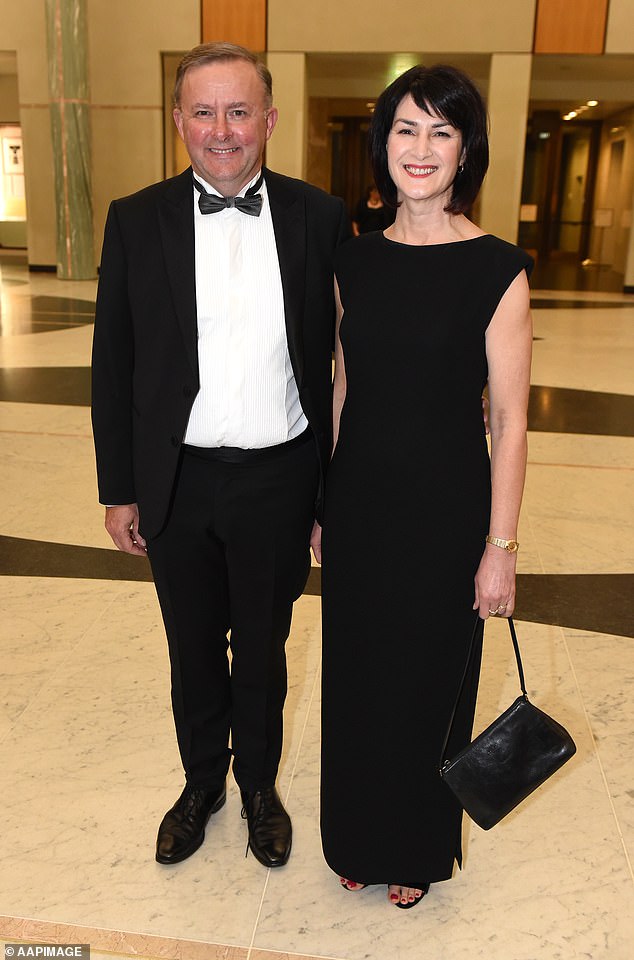 The former couple married in 2000 and share a 19-year-old son called Nathan, who lives with the Labor Leader in Marrickville, Sydney’s inner-west. They are picture at the annual Mid Winter Ball at Parliament House in 2016

The opposition leader said it allowed him to clear his head and return to Australia with a ‘renewed sense of energy’ before the Federal Election on May 18, 2019.

‘I thought Carmel would be my life partner and that wasn’t the case,’ Mr Albanese said.

Mr Albanese said he was very proud of his son, who is a ‘smart young man’ and now tackling university life.

He declared his relationship with Nathan to be the strongest it’s ever been as they were forced to rely on each other more than ever in their two-person household.

The Labor leader added his son spends time with his mother and the pair have a good relationship.

Mr Albanese met his former partner in Young Labor during the late 1980s.

Ms Tebbutt was a NSW Labor MP for 17 years before departing state politics in 2015.

She was deputy premier between 2008 and 2011 – the first woman to hold the position – under leaders Nathan Rees and Kristina Keneally. 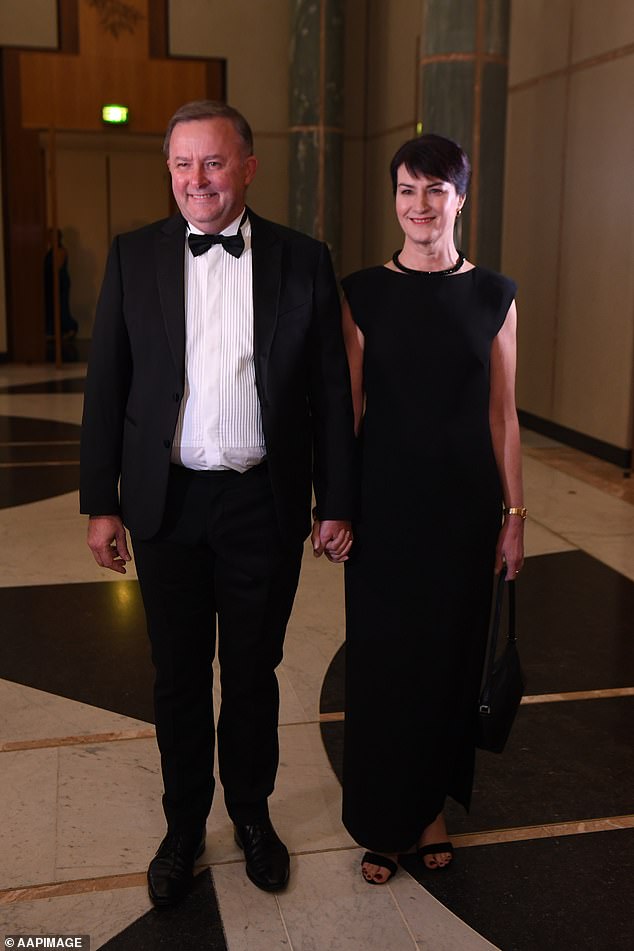 Mr Albanese met his former partner in Young Labor during the late 1980s. They were together for 30 years