Senior members of Jeremy Corbyn’s frontbench joined a widening revolt today as more than 120 of his MPs demanded his ally Chris Williamson be re-suspended over anti-Semitism.

Shadow health secretary Jon Ashworth said he ‘can’t understand’ why the Derby North MP was let off with a warning after saying the party was ‘too apologetic’ about cases of Jew-hate.

And shadow Brexit secretary Sir Keir Starmer said he was ‘deeply concerned’ by what had been decided.

It came as more and more MPs and peers joined deputy leader Tom Watson in demanding the Labour leader withdraw the whip from Williamson following his controversial readmission in a joint statement.

Labour’s deputy leader said the group could not overstate the ‘depth of hurt and anger’ at the way the case had been handled. In a separate letter, dozens of Labour staff members wrote to general secretary Jennie Formby to demand he be thrown out.

Almost 100 members of party staff have also signed a separate statement to Jennie Formby, the general secretary, asking her to review the decision.

‘Should have been referred to the NCC. Hope the NEC overturn the panel when they next meet.’

Williamson was also attacked by Jon Lansman, the head of Momentum, the campaign group with close ties to Mr Corbyn and shadow chancellor John McDonnell.

Leicester South MP Mr Ashworth said the Williamson decision ‘should have been referred to the NCC’, adding: ‘Hope the NEC overturn the panel when they next meet’ 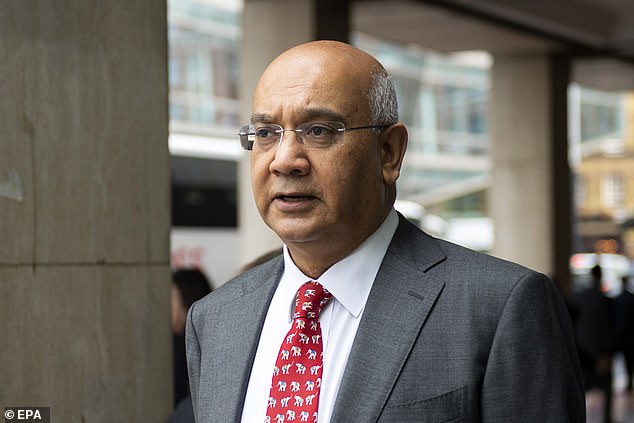 Mr Vaz, who is currently the subject of a sleaze inquiry, was part of a three-strong Labour panel that overruled advice from officials who had recommended further action against Mr Williamson 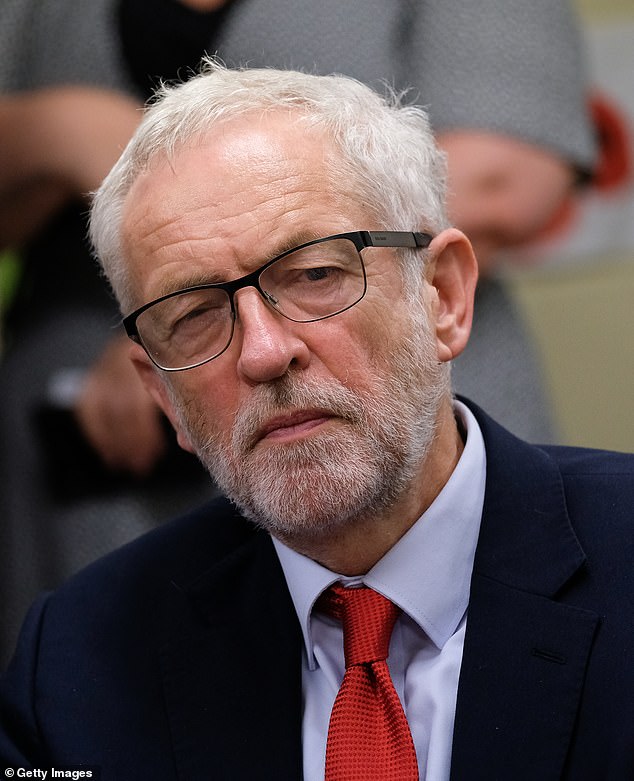 Mr Corbyn is facing increasing pressure over the handling of the case against Mr Williamson, his close friend and ally

After the MP tweeted his thanks to ‘grassroots’ members for their support Mr Lansman said: ‘This tweet reveals not one iota of contrition nor any acknowledgement of wrongdoing following a further formal warning from the Labour Party for behaviour grossly detrimental to the party. 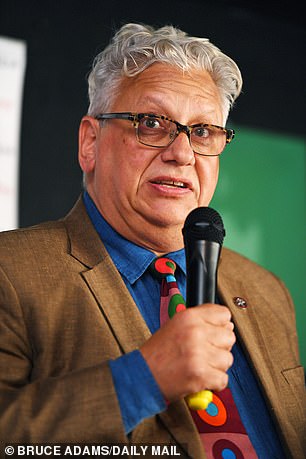 Jon Lansman said: ‘Such contempt for the Party’s verdict! He has to go!’

‘Such contempt for the Party’s verdict! He has to go!’

‘I do not understand the rationale behind the decision. The NEC should overrule it and refer it to the NCC.

‘The EHRC should also be invited to look at the specifics of this case.’

It came after his Leicester constituency neighbour, the disgraced MP Keith Vaz, last night demanded the decision to reinstate Mr Williamson be reconsidered – despite voting for it himself.

Mr Vaz, who is currently the subject of a sleaze inquiry, was part of a three-strong Labour panel that overruled advice from officials who had recommended further action against Mr Williamson.

Labour sources said the former minister had warned that continuing Mr Williamson’s suspension could raise the risk of Labour losing his marginal Derby North seat in the event of a snap election. 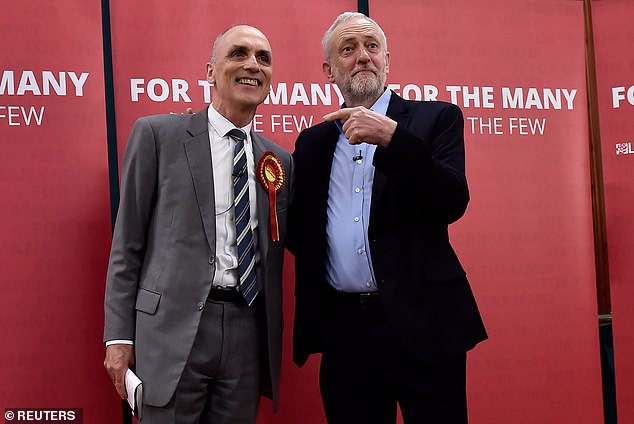 But last night Mr Vaz called for the National Executive Committee panel that made the ruling to be reconvened with different members.

Labour MPs bid to have Williamson suspended without Corbyn’s approval

Labour MPs have launched a fresh bid to have Chris Williamson suspended from the parliamentary party.

More than 60 MPs have signed a motion calling for the Derby North MP to have the whip withdrawn for 12 months under the standing orders of the Parliamentary Labour Party (PLP).

The motion calls for the case to be referred to the parliamentary committee – the influential backbench body which meets weekly with Jeremy Corbyn – at its next meeting on Wednesday.

If approved it would then go a vote of the full PLP at Westminster the following week.

In a letter to Jennie Formby, the party’s general secretary, he said the fact that details of Mr Williamson’s case were leaked to the media meant that the other 36 cases dealt with by the panel ‘could potentially mount a legal challenge’.

The MP for Leicester East also said that he had been called to sit on the panel at the last minute and had gone to the meeting ‘despite having medical treatment that day’.

He added: ‘In my view, having served on the NEC for 15 years I consider the decisions the panel made yesterday cannot stand.

‘In order to ensure complete integrity of the process either a new panel should be convened or all the cases from yesterday should be referred to the Disputes Committee for reconsideration.

Veteran Labour MP George Howarth was the only member of the panel to accept that the case should be dealt with more severely.

Backbench MPs and Jewish groups have torn into the party over the light-touch penalty given to the close friend of Mr Corbyn over a pattern of behaviour.

This included complaining that Labour had been ‘too apologetic’ about anti-Semitism allegations at a Momentum meeting in Sheffield in February – after which he was suspended. 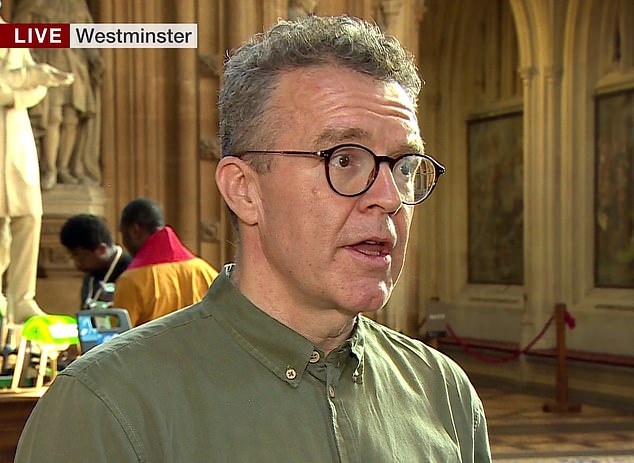 In a statement to the party leader, Mr Watson and scores more opposition politicians said they cannot overstate the ‘depth and breadth of hurt and anger’ at the readmission of Mr Williamson following his suspension over allegations of anti-Semitism.

It came as former minister Lord Falconer said the decision to let off the Derby North MP with a formal warning ‘sends a terrible message about the Labour party’.

In their statement the Labour group said: ‘It is clear to us that the Labour Party’s disciplinary process remains mired by the appearance of political interference.’

‘This must stop. We need a truly independent process.

‘We call on Jeremy Corbyn to show leadership by asking for this inappropriate, offensive and reputationally damaging decision to be overturned and reviewed.

‘Ultimately, it is for Jeremy Corbyn to decide whether Chris Williamson retains the Labour whip.

Mr Williamson had earlier hailed the backing he received from ‘grassroots’ Labour members today as the row over his readmission to the party with a warning continued to rage.

A survey by Ipsos Mori found that Mr Corbyn was now the worst-polling leader of the Opposition since the question was first asked in 1978.

A massive 75 per cent of voters said they were dissatisfied by his performance, compared with just 17 per cent who were satisfied – a net satisfaction rating of minus 58 per cent. 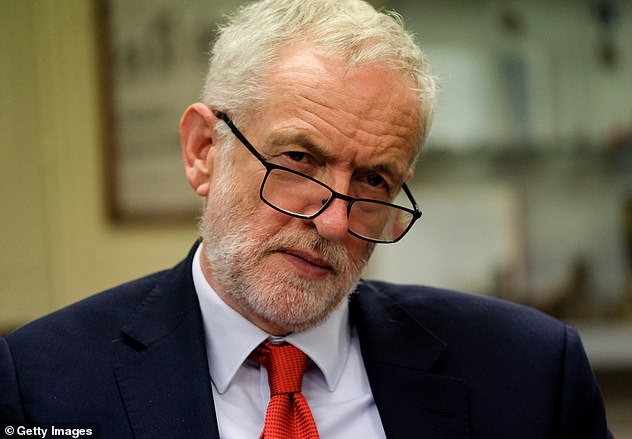 This compares with Mr Foot’s worst rating of minus 56 per cent (13 per cent satisfied, 69 per cent dissatisfied) which was recorded in August 1982, when Margaret Thatcher was Prime Minister and two months after the liberation of the Falklands. By contrast, she never polled lower than minus 13 when she was Opposition leader.

Former Labour leader Ed Miliband’s worst rating occurred in December 2014, when he scored a net satisfaction score of minus 38 per cent.

Tory leaders William Hague and Iain Duncan Smith both hit minus 37 at their lowest point.

Tony Blair was the only Opposition leader who consistently had a positive satisfaction rating. His worst score was plus 7 per cent, recorded in September 1996.