Labour’s Brexit policy plunged further into chaos today as Emily Thornberry was slapped down for suggesting the party would back a deal struck by the government.

The latest bout of infighting came after the shadow foreign secretary appeared to play down the prospect of the Opposition trying to torpedo any package sealed with the EU.

With just a year to go until the formal Brexit date, Mrs Thornberry said the deal was likely to be so vague that it would meet Labour’s six ‘tests’.

But shadow Brexit secretary Sir Keir Starmer contradicted her by saying the party’s position had not changed and it was ‘prepared’ to vote against the final agreement. 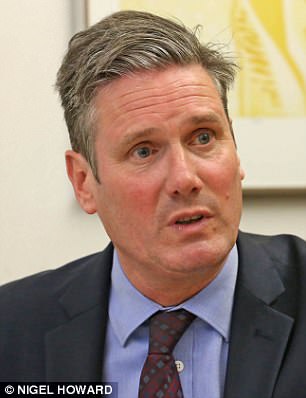 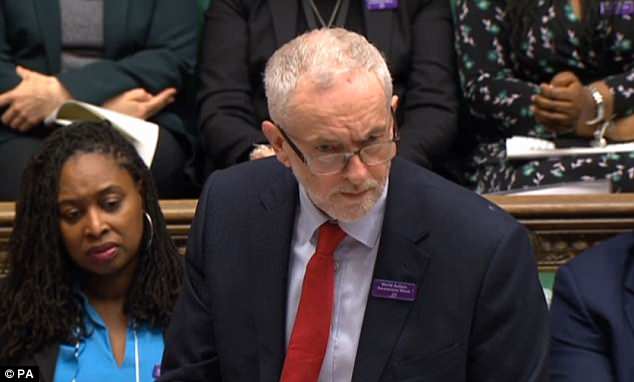 Shadow chancellor John McDonnell also weighed in by insisting the shape of the package so far was ‘nowhere near’ one that could be accepted by Labour.

The row erupted after Mrs Thornberry told an event in London last night: ‘The difficulty with a meaningful vote in October – which we have secured – is what is it that we are going to be agreeing on?

‘We have our six tests. If you hold up ‘blah, blah, blah’ to the six tests, it will probably pass it and then we leave the EU and then we are in the status quo and during that period there has to be a negotiation as to what our final relationship is going to be.’

But Mr McDonnell claimed that Mrs Thornberry was merely being ‘sarcastic’.

‘She responded in a personal way with a level of good old-fashioned British sarcasm and said exactly as she said ‘look, for goodness sake, you know what our position is’,’ he told BBC Radio 4’s Today programme.

He added: ‘She was being sarcastic in Emily’s style. ‘What was said very clearly, and you’ve got it from me and you had it from Keir Starmer and you’d get it from Jeremy as well as Emily, we have six tests.

‘At the moment those tests are nowhere near being met.’

Asked if he was sure Labour would vote down the Brexit deal, Mr McDonnell replied: ‘No, I think if the government are sensible and they negotiate properly, and if it was us negotiating, we would get a deal that met the six tests. 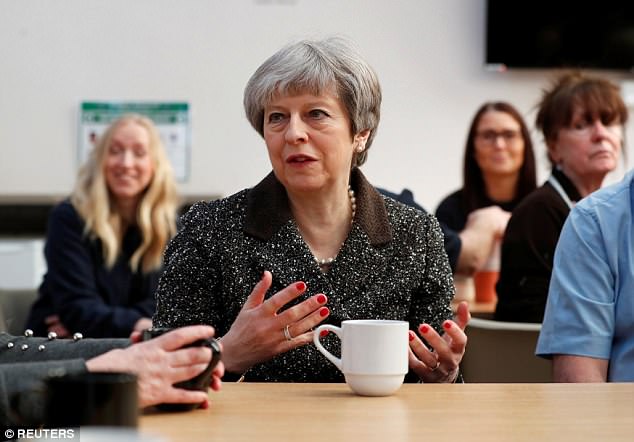 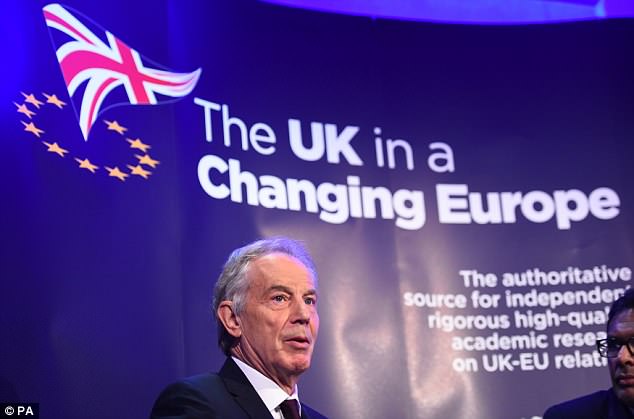 Tony Blair, who gave a speech in London this morning (pictured), has been leading a drive to force a second referendum on the Brexit terms

‘But, at the moment, they are nowhere near that.’

Mr McDonnell indicated the vote would be whipped.

Meanwhile, Tony Blair has insisted the chances of Remainers being able to block Brexit are rising.

The former PM made the claim as he urged Europhile Tory and Labour MPs to vote down any deal with the EU.

Mr Blair, who gave a speech in London this morning, has been leading a drive to force a second referendum on the Brexit terms.

He said it was getting ‘more likely’ that the Brexit process could be halted.

‘I think it is more likely we can stop it now than it was a few months ago,’ he said.

Mrs May is marking the one-year countdown to Brexit with a whirlwind tour of all four nations of the UK.

She urged Britons to come together and seize the opportunities of leaving the EU.

Her message was boosted by a poll that found more than two thirds of the public want Remainers to stop refighting the 2016 referendum and focus on making a success of Brexit.