Have a Mary Christmas! Row erupts over calls for a female volunteer to be allowed to play Santa Claus in town’s annual festive tour

A local councillor has sparked a row by trying to ban women from dressing up as Santa for the annual Christmas parade.

Father Christmas has toured the streets of Newton Aycliffe every Christmas Eve since the 1960s.

Excited children and their parents crowd the County Durham town centre to see Santa go by on a float as he hands out sweets to the youngsters.

But when two women volunteered to play Santa this year, one member of the local council said ‘political correctness’ was taking priority over residents’ wishes and tried to stop them.

At a recent council meeting Great Aycliffe Town Council agreed that one of the women who put their names forward should be granted the role.

But Labour Cllr Arun Chandran objected, saying: ‘There is no shortage of male volunteers to act as Santa Claus, so we should not permit a female volunteer to perform the role.

A Labour councillor in Newyton Aycliffe, County Durham, has sparked outrage by trying to ban women from dressing up as Santa Claus for the annual Christmas parade. File image used

‘This has nothing to do with equality. There is no legality issue on this.

‘My understanding is that Santa Claus otherwise called Father Christmas is a male role.

‘I have no issue with a Mrs Claus. But Santa Claus being a man is a long-held tradition accepted by the cast majority of society without question and change just for the sake of that will only serve to attract negative publicity.’

He continued: ‘I believe that children in particular will be expecting a male Santa, and that it may well reflect badly on the council if we were to deliberately introduce a form of political correctness just because a Labour Party member turns up at a Events Sub Committee meeting to demand women’s rights to be Santa Claus.’

The councillor, who has previously been investigated for trying to influence a local by-election, said he would be happy with a female Santa if ‘other councils are introducing women Santas everywhere – but they are not.’

After making his speech, council clerk Andrew Bailey pointed out councillors had voted unanimously in favour of electing the female volunteer to dress as Santa.

But in keeping with council procedure the motion will be formally carried at the next committee meeting tomorrow night and approved at a meeting of the entire council on December 12. 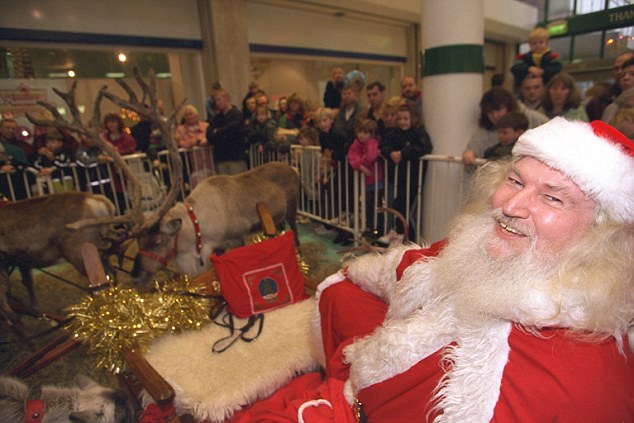 Father Christmas has toured the streets of Newton Aycliffe every Christmas Eve since the 1960s. File image used