Labour Friends of Israel last night scrapped plans to host a stand at Labour’s conference over fears for Jewish delegates.

The group said the party’s deteriorating anti-Semitism problem meant it would not be responsible to expose its employees to the risk of abuse.

It came as Labour was also criticised for failing to consult Jewish members over its new disciplinary procedures for expelling members.

The Jewish Labour Movement attacked the decision for the revised rules to be debated at conference on Saturday – the Jewish Sabbath.

Critics say the new rules merely hand more power to Labour’s ruling National Executive Committee, which has in the past been accused of turning a blind eye to anti-Semitism.

In another twist, it emerged that one of Jeremy Corbyn’s most senior advisers has dismissed the party’s anti-Semitism crisis as ‘hysteria’ cooked up by a scared ‘establishment’.

Andrew Murray said in a new book – The Fall and Rise of the British Left – that the ‘anti-Semitism furore’ reflected ‘the establishment’s alarm’ at Mr Corbyn’s rise to power.

In a statement, Labour Friends of Israel said: ‘The ongoing abuse of Jewish party members…and the failure of Jeremy Corbyn to do anything to deter his supporters from engaging in it, means that we have decided it would not be appropriate for us to have a stand at Labour party conference this year.

‘Our staff have faced incidents of anti-Semitism in previous years and, given that the situation appears to have further deteriorated, we do not feel it is responsible as an employer to put them in this environment.’

Yesterday the JLM accused Labour of more ‘institutional failings’ after it failed to discuss with them its proposed changes to the process for dealing with anti-Semitism.

Under the new rules, NEC panels would have the power to expel members, which the party believes will significantly speed up expulsion processes. This would apply in serious cases, where there is clear documentary evidence such as social media posts or videos. But the JLM said: ‘Time and again, the party leadership and the NEC have demonstrated a complete failure in both judgment and commitment to tackle anti-Semitism. 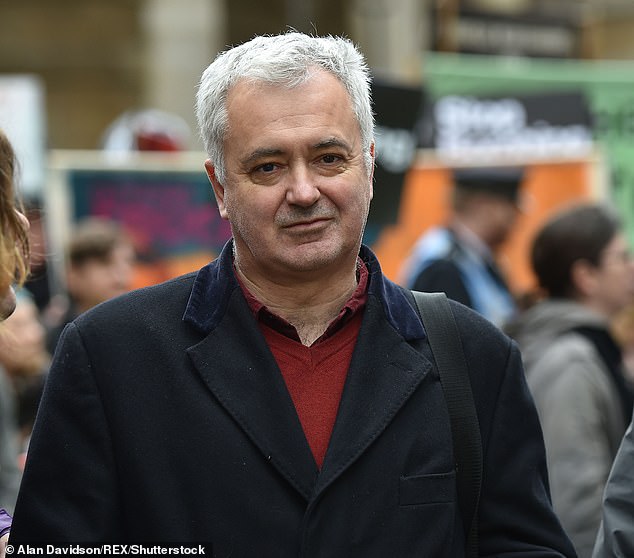 ‘With a statutory investigation by the Equalities and Human Rights Commission well under way, this is the latest example of institutional failing.

‘We have learnt…the party wishes to make sweeping changes to the disciplinary rules on anti-Semitism, without consulting us, its only Jewish affiliate, or any communal organisation.

‘To add insult to injury, they will debate these changes at conference on the Jewish Sabbath, when religiously observant Jewish Labour delegates will be silenced, unable to participate in the debate.

‘The Jewish community has zero confidence that proposals to hand the NEC more powers on disciplinary matters will solve this crisis.

‘There have been countless examples of NEC members either engaging in antisemitism or turning a blind eye to it. It will simply streamline the process of letting anti-Semites off the hook.’

Last year MP Luciana Berger had to have police protection at the Labour conference because of anti-Semitic threats made against her. In February she left the Labour party, saying she had been driven out by the anti-Semitism problem. She is now a Liberal Democrat MP.

A Labour spokesman said: ‘Jeremy Corbyn has made it clear that anyone who spreads anti-Semitism poison has no place in the party.’