Labour has forced dozens of former members of staff to staff to sign controversial gagging orders which stop them going public with their criticisms, it was today claimed.

Jeremy Corbyn was accused of ‘hypocrisy’ over the revelation as he has vowed to ban the use of non disclosure agreement (NDAs) in harassment and discrimination cases.

It comes days after Sir Philip Green was named in Parliament as the businessman who had taken out an injunction preventing publication of allegations about his harassment of staff.

The billionaire Topshop tycoon strenuously denies the allegations against him.

Many Labour officials who left their jobs after Mr Corbyn swept to power have signed NDAs, the Sunday Times today claimed.

Labour has admitted some former employees have signed NDAs – but insists they are not used to stop the ‘disclosure of discrimination, harassment or victimisation’.

But a Labour source told the newspaper the gagging orders could stop ex staff from lifting the lid on the scale of anti-Semitism and sexual harassment in the party.

Labour (led by Jeremy Corbyn, [pictured in Parliament last week) has forced dozens of former members of staff to staff to sign controversial gagging orders which stop them going public with their criticisms, it was today claimed

A Labour source said: ‘A decent number of now former Labour staff are also subject to NDAs, which is stopping them speaking out on sexual harassment cases or anti-Semitism.’

One insider accused Labour of ‘hypocrisy’ because Mr Corbyn used a major speech in the summer to promise to ban NDAs being used to stifle criticism harassment cases.

And there are fears that former staff on Labour’s Compliance Unit – which investigates cases of anti-Semitism – are among those who have signed the orders.

This could prevent them exposing concerns about the way the cases were pursued by the new Labour leadership.

The party source said: ‘There are dozens of these NDAs. It’s basically anyone who departed when Jennie Formby came in but also junior staff who worked in the compliance unit.’

A Labour official who is believed to have signed an NDA said he could ‘neither confirm nor deny’ he had done so.

What is a non disclosure agreement and why are they controversial? 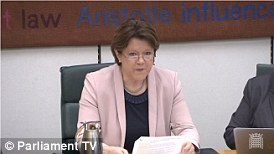 Parliament’s women and equalities committee, headed by Tory MP Maria Miller (pictured), is investigating how non disclosure agreements work and whether they are being misused (file pic)

Non-Disclosure Agreements is a catch-all term for agreements that include confidentiality clauses – sometimes referred to as gagging clauses.

They are meant to be used to stop confidential information like trade secrets leaking out when someone leaves a company or organisation.

But they have sparked a storm of criticism as employers have often used them to cover up improper conduct and gag their former employees.

They have often been used by employed to gag those who make allegations of sexual harassment.

They have also been used to cover up improper, discriminatory or even illegal behaviour.

Parliament’s women and equalities committee, headed by Tory MP Maria Miller, is investigating how they work and whether they are being misused.

Speaking at a trade union conference in Stockport in June, Mr Corbyn railed against the use of the gagging orders in harassment cases.

He said: ‘The next Labour government will commit to legislating to prevent making any contractual clauses [NDAs] which stop disclosure of future discrimination, harassment or victimisation.’

Labour said: ‘Like many organisations, the party has used NDAs which require former employees to maintain the confidentiality of private information obtained during their employment but does not seek to use NDAs which stop the disclosure of discrimination, harassment or victimisation.’

He told Pienaar’s Politics on BBC Radio 5 Live: ‘From what I understand, and I’m not familiar with the ins and outs of it because I’m not working for the Labour Party, but from what I understand, these agreements have been signed by former staff leaving but they’re nothing to do with bullying or sexual harassment or those things.

‘They’re what staff sign when they leave the Labour Party because, you know, they don’t want to reveal election strategies and things like that.’

‘As far as I understand it, and it’s not unusual for a member of staff who’s been involved in sort of running the election strategy team, for example – I don’t know if that person’s signed it, but you know what I mean – to sign an agreement because obviously political parties don’t want their former staff to go out there because they’re in competition with other parties.’ 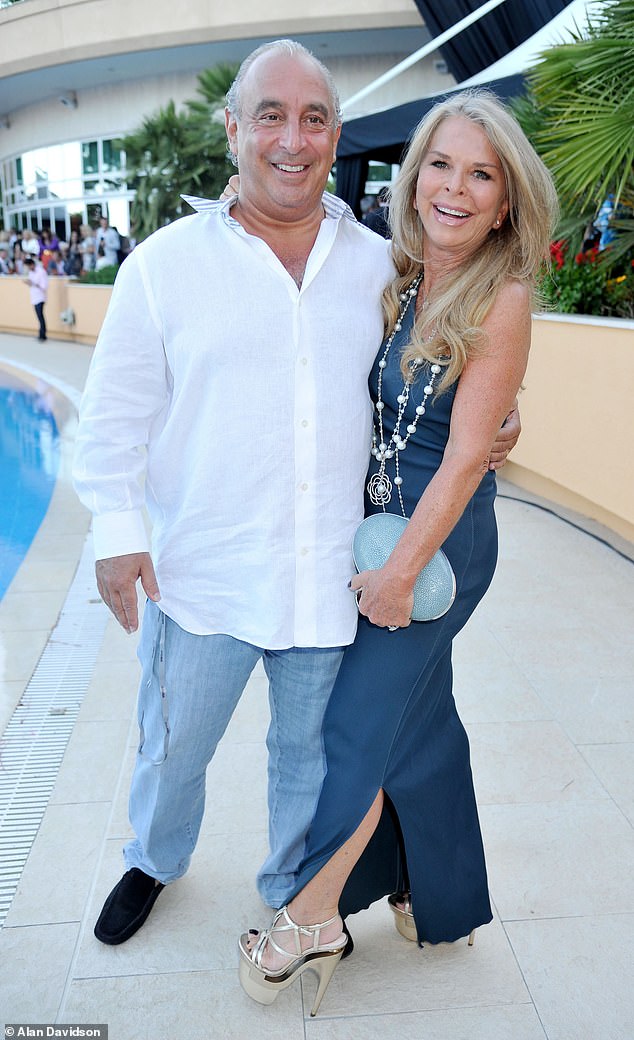 Breaking his silence: Sir Philip Green with his wife, Lady Tina. Speaking for the first time since the scandal erupted, the TopShop owner said that he had indulged in nothing more than ‘banter’ with his staff, claiming he had a good relationship with those who worked for him

The use of NDAs has been thrust into the spotlight amid the accusations of the ‘MeToo’ movement.

And Dawn Butler, Labour ‘s shadoq women and equalities secretary and a close ally of Mr Corbyn, last week criticised their use in the wake of the allegations against Sir Philip.

She said:  ‘While much of the focus in the coming days will be on this man and his alleged actions, let us also pay tribute to survivors of sexual abuse and harassment, who are too often silenced and cannot command an army of lawyers to fight their corner.

‘NDAs should never be used to suppress allegations of criminal behaviour. If the current law doesn’t protect the voices of survivors, the next Labour government will legislate to do so.’