Mummy’s boy! Labour MP Ian Murray brings his MUM to the launch of his campaign to become the party’s deputy leader after new poll reveals he is miles behind front-runner Angela Rayner

Scottish Labour MP Ian Murray posed alongside his mum today as he kicked off his campaign to become the party’s new deputy leader.

The Edinburgh South MP embraced Lena Lavery as he unveiled his attempt to take the post despite trailing miles behind favorite Angela Rayner.

The 43-year-old, Labour’s only remaining MP in Scotland, came second in the ballot of party MPs behind the Ashton-under-Lyme MP.

But a poll of party members last night showed she would win convincingly after just one round of voting, with 60 per cent of ballots.

He kicked off his campaign at Wester Hailes Education Centre saying the party must listen to the public or become ‘a diminishing, perpetual opposition’. 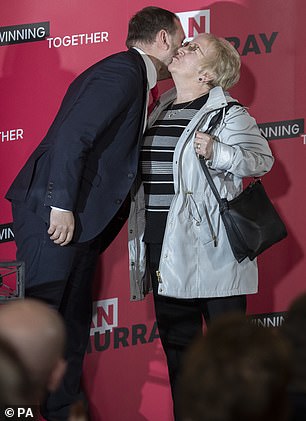 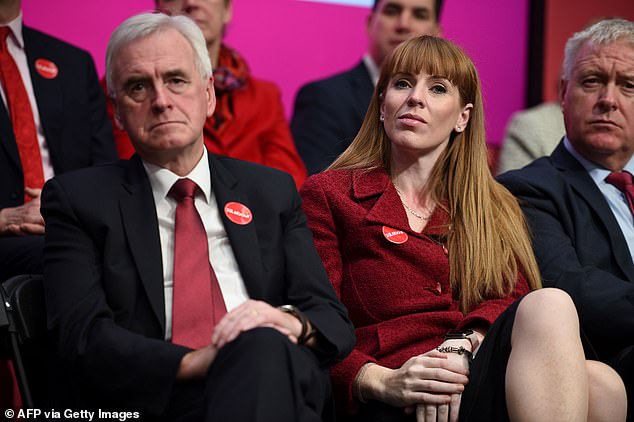 A poll of party members last night showed Ms Rayner  would win convincingly after just one round of voting, with 60 per cent of ballots.

Reflecting on the 2019 election, Mr Murray said he was ’embarrassed’ by Labour’s campaign and performance, which saw the party lose swathes of its traditional supporters.

He said: ‘People were in tears, telling us on the doorsteps that – for the first time in their lives – they could not vote Labour. I do not want to feel like that again.’

Mr Murray, who was a vocal critic of departing leader Jeremy Corbyn, said Labour members have to make a choice at the leadership election between ‘a credible alternative government, or we can choose to be a diminishing, perpetual opposition’.

He added: ‘That’s not my analysis, that’s the analysis of the public.

Mr Murray was scathing about Labour figures who visited Scotland during the general election campaign, saying they undermined the Scottish party’s position.

He referenced shadow chancellor John McDonnell’s comments about being open to another independence referendum.

‘Let’s never again have a senior member of the Labour Party coming to a Fringe show at the Edinburgh Festival and changing our constitutional position,’ he said.

After his speech, Mr Murray told reporters ‘I say this to all leadership and deputy leadership candidates, please don’t come up to Scotland and talk about things that you’re not quite sure what you’re talking about.’