The Sky’s the limit: Jeremy Corbyn at the launch of the Labour party’s manifesto

Jeremy Corbyn has unveiled the Labour party’s manifesto for the 2019 General Election – and it has sparked dire warnings from his critics.

With promises to scrap tuition fees, axe the cap on benefits, and give more powers back to the unions, it reads like a Marxist’s dream.

Here, in all its blood red socialist horror, we examine the manifesto that independent analysts say would hit millions of families in the pocket...

At a glance, the 15 key pledges in Corbyn’s little red book:

Despite promising to respect the result of the first EU referendum, Jeremy Corbyn now wants a second. Asked by one interviewer yesterday to choose between Leave and Remain, Mr Corbyn replied: ‘Both.’

If Brexit happens, Labour would still agree to ‘protect’ free movement from the EU. There would be no limit on the number of worker visas and no minimum salary for anyone wanting to bring in family members. Two major detention centres used to hold dangerous foreign criminals will close.

NHS funding will rise by 4.3 per cent in real terms, and Labour wants to make dental treatment and prescriptions free, at a cost of £7billion a year. But it also wants to cut the NHS working week to four days, requiring hundreds of thousands more staff.

Manifesto reads like a union baron’s wish-list. It promises to remove all ‘unnecessary restrictions’ on strikes and impose collective bargaining across the private sector. This threatens a return to shutdowns of the 1970s.

Labour plans to build 100,000 council homes a year, plus 50,000 more ‘affordable’ properties at a cost of around £75billion. Thatcher-era right to buy policy would be scrapped. 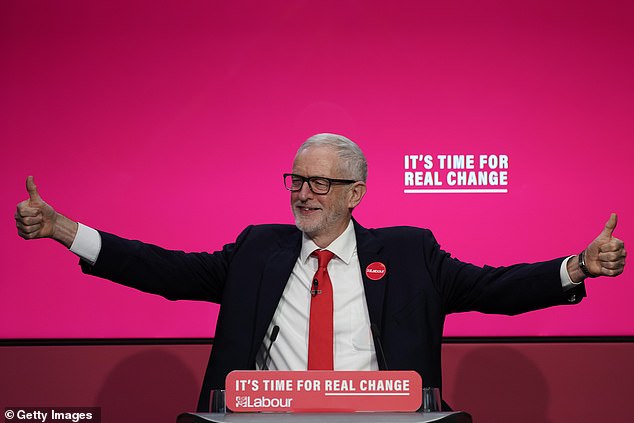 The benefit cap, which limits the amount claimants can receive from the Government every year, could go – opening the door to vast increases in payments. Universal Credit, the benefits scheme designed to encourage work, would be axed – but what would replace it?

Free schools and academies would be abolished and all schools returned to town hall control. Ofsted, credited with driving up standards, would be scrapped.

All public sector workers would get a one-off ‘catch up’ increase in pay of five per cent, at a cost of £5.3billion. The average worker would receive around £1,600.

All private landlords would be prevented from increasing rents faster than inflation. Mayors would be given powers to cap rents further – a policy which, when imposed elsewhere, has undermined investment and led to a fall in the number of properties available for rent.

All jail terms of six months or less to be scrapped, meaning thousands would avoid prison every year. Even short jail terms offer respite for victims, including of domestic violence, who know they are safe when their assailant is locked up.

At a cost of £7.2billion, university tuition fees would be scrapped, and maintenance grants brought back. This overwhelmingly benefits the better off.

Energy suppliers would all be owned and run by government, as well as the energy distribution network. Prices to be set by Parliament, a policy which would hammer shareholders.

All 16 and 17-year-olds would be given the right to vote – as Labour thinks that the very young will keep it in power.

Any firm with more than 250 staff would have to give shares to new government-organised funds at a rate of one per cent a year over a decade. Workers would receive dividends for those shares of up to £500 each, with any surplus passed to the government. Would mean payments of up to £10billion a year from companies.

BT broadband would be nationalised, which Labour claims would give more families access to superfast internet speeds. But its £20billion cost estimate was dismissed by the company – which put the real figure at £100billion.

…And his 12 tax rises of Christmas

At present, everyone can leave an additional £150,000 from their family home to children or grandchildren without paying tax, on top of a £325,000 individual allowance. Couples can double up, shielding all but the most expensive family homes from the taxman. Labour would scrap the £150,000 allowance.

Jeremy Corbyn would abolish a small tax relief which allowed married couples to transfer part of their income tax allowance to their spouse.

Private schools would lose their charitable status and be hit with VAT on fees. Labour estimates it will force around 30,000 parents to move their children to state schools, at additional cost to the taxpayer.

Annual charge on holiday homes equivalent to twice the level of the council tax for the property.

It would rise from 19 to 26 per cent, one of the highest levels found in any developed economy. This would be likely to damage competitiveness. Even small firms with profits under £300,000 would pay 21 per cent. 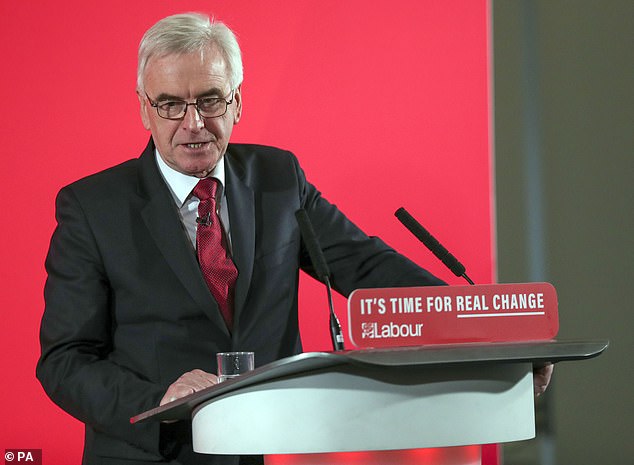 Spun as a tax on technology firms such as Amazon, Facebook and Google, which use avoidance measures to limit their UK taxes. But all multinational firms would be taxed on a certain slice of their global profits. Will it simply drive companies out of the UK? 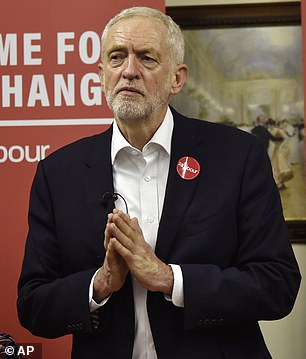 Praying for a good result: Jeremy Corbyn is hoping his party’s manifesto will win him seats in key constituencies

This tax applies to sales of a business, a second home, family heirlooms and shares. Rates, currently 5, 10 or 20 per cent, would increase dramatically to the same level as income tax.

The levy on dividends – payments made by companies to shareholders – would increase sharply to match income tax rates. Allowances would also be scrapped.

This would be a vast tax on the City of London. Anyone trading in a wide range of financial products would pay a form of stamp duty on sales. It risks driving banks overseas.

Labour’s promise of a ‘comprehensive tax transparency and avoidance programme’ would see an inquiry into the City and the abolition of non-dom status. But it also involves a series of tax hikes, including firms paying a surcharge on any high-earning executives, and a tax hit on firms buying property in the UK from tax havens.

Labour would abolish a series of tax breaks for businesses – including those paid for research and development.