Veteran Labour MP Frank Field has resigned from the Labour Party and will sit in Parliament as an independent.

In a letter to the party, it is thought Mr Field blames the continuing row over anti-Semitism for his decision.

The Birkenhead MP, first elected in 1979, has also faced a threat from left-wing activists who want to oust him for pro-Brexit votes.

Mr Field is the second Labour MP to resign the whip and go independent in protest at Mr Corbyn’s leadership.

Barrow MP John Woodcock made the same move earlier this summer and it is widely thought more MPs could follow.

Labour leader Mr Corbyn has been embroiled in anti-Semitism scandal for months and last week MailOnline revealed footage of him dismissing British Zionists as not properly English.

In his letter Mr Field said: ‘I am resigning the whip for two principal reasons.

‘The first centres on the latest example of Labour’s leadership becoming a force for antisemitism in British politics.

‘The latest example, from last week, comes after a series of attempts by Jeremy to deny the past statements and actions by him were antisemitic.

‘Britain fought the Second World War to banish these views from our politics, but that superhuman effort and success is now under huge and sustained internal attack.

‘The leadership is doing nothing substantive to address this erosion of our core values.

‘It saddens me to say that we are increasingly seen as a racist party. This issue alone compels me to resign the whip.’ 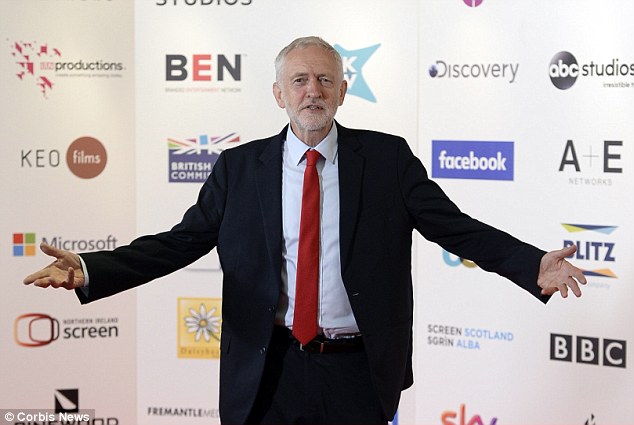 In a letter to the party, it is thought Mr Field blames the continuing row over Jeremy Corbyn and anti-Semitism for his decision

Field also raised concern about the ‘thuggish conduct’ of some members in his local party and the lack of action against them.

He said the party’s actions served to ‘legitimise appalling levels of bullying and intimidation’.

Field said that he intended to continue representing Birkenhead in Westminster as an Independent.

He added: ‘I also intend, providence willing, to represent those views when the next election is called.’