Labour will campaign to abolish all private schools after activists voted in favour of making the policy part of Jeremy Corbyn’s next general election manifesto.

Activists at Labour’s annual conference in Brighton voted this afternoon to commit the party to integrating the private education sector into the state sector.

If Labour gets into power at the next election and pursues the policy it would represent a major shake up of education provision in the UK and a significant escalation in the party’s nationalisation agenda.

It is unclear whether Mr Corbyn is in favour of the move with sources close to the Labour leader refusing to be drawn on the matter this morning.

But a senior party source made clear this evening that the leader would abide by policy decisions made by conference.

The policy was brought forward by the Labour Against Private Schools campaign and had already won the backing of a number of senior party figures including shadow chancellor John McDonnell.

Assuming Labour does move ahead with the push, it will almost certainly spark accusations of hypocrisy given that a number of senior party figures, including Diane Abbott and Shami Chakrabarti, have educated children privately.

Jeremy Corbyn, pictured in Brighton today, will now have to add a pledge to integrate private schools into the state sector in his next manifesto after delegates voted in favour of the move 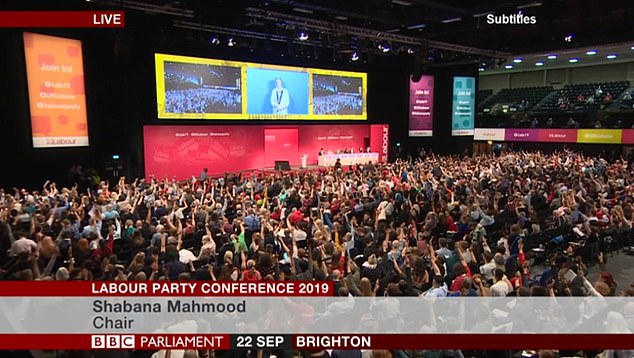 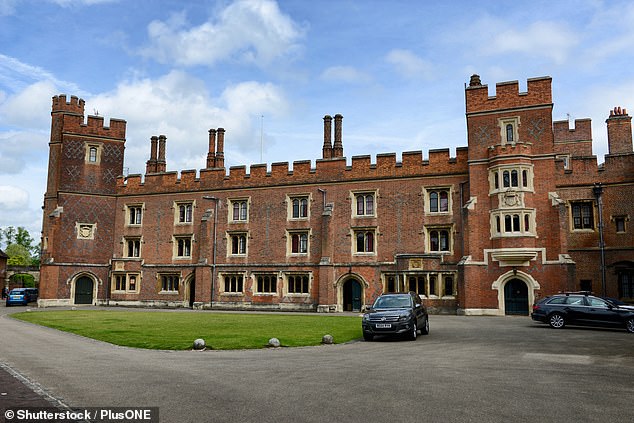 The move brought forward by Labour Against Private Schools, also known as the Abolish Eton campaign, has made the college in Berkshire famously attended by Boris Johnson its rallying point

One shadow cabinet minister told MailOnline that scrapping private schools would only be beneficial if the government could rake in some of the money better-off people would have spent on educating their children – suggesting taxes could rise under a Labour government.

‘Often the reason people turn to independent schools is because they want children to have more support,’ they said.

‘If the state system did not get some of those resources, then getting rid of those schools would not help. We want to lift the overall standard, not bring everyone down to the same level.’

Ms Abbott, the shadow home secretary, said before the vote took place that she would back the policy if it was adopted by the party.

‘As you well know, I sent my son to private school some years ago but if the party takes that position I would support it,’ she told Sky News.

Told that many people would view that as hypocrisy, Ms Abbott said: ‘I did what I did and I talked about it at the time and you can’t keep rehearsing those arguments.’

The campaign’s motion calls for Labour to commit to ‘integrating’ private schools into the state sector in its next manifesto.

The grassroots campaign to ‘end the class segregation of our schools’ has made Eton College, the school attended by numerous senior Tories including Boris Johnson, its rallying point.

The campaign has enjoyed a broad range of support from across the Labour Party, including from the sizeable pro-Corbyn Momentum group.

Laura Parker, the group’s national coordinator, said adopting the proposal was a ‘huge step forward in dismantling the privilege of a tiny, Eton educated elite who are running our country into the ground’.

Holly Rigby, a spokeswoman for the Abolish Eton campaign, said: ‘This is what a democratic Labour Party look like. We will dismantle systems of privilege and inequality and build a society that works for the millions and not the millionaires.’

The motion passed today calls for private schools to be stripped of their charitable status, to have limits placed on the number of their pupils who can attend certain universities and for their endowments and assets to be distributed in the state education sector.

It states: ‘The on-going existence of private schools is incompatible with Labour’s pledge to promote social justice, not social mobility in education.’

Tory MP Ben Bradley said campaigning to abolish private schools when members of the shadow cabinet have sent their children to them would amount to ‘blind hypocrisy’.

Mr McDonnell threw his backing behind the ‘Abolish Eton’ campaign last week as he said private schools ‘should not exist’.

The shadow chancellor recorded a video message for Labour Against Private Schools and said he hoped that the campaign would ‘eventually become Labour party policy’ because ‘people think that everyone should have a fair start in life’.

‘We know that our society is grotesquely unequal, and part of the reason for that is because of the inequalities in education, particularly in private schools, where large amounts of money are spent on a privileged few,’ he said.

‘That’s why I support the campaign now for us to talk about how we ensure an integrated education system, where private schools don’t need to exist and should not exist where we have equality of education… to give all our children the education they deserve, no matter what their background.’