Athletes have been ranked in order of how likely they are to get sunburn at the 2020 Tokyo Olympics.

The ladies single tennis champion will catch the most UV rays due to their clothing and playing during peak sunshine hours, scientists say.

Also at a higher risk of burning is whoever will win the men’s golf and men’s road race cycling.

Researchers calculated the average sun exposure for 144 outdoor competitions set to take place at the world-renowned games next year.

Being extremely exposed to the sun can raise the risk of skin cancer. Nine in 10 cases of melanoma can be prevented with proper sun care.

The women’s single tennis champion will catch the most UV rays due to their clothing and playing during peak sunshine hours. Pictured, leading tennis star Serena Williams

The study, led by Dr Nathan Downs at the University of Southern Queensland, used a range of measurements to predict the at-risk professionals.

Dr Downs used satellite data on cloud cover, ozone and aerosol concentrations to create a model of the UV rays athletes will be exposed to in Tokyo.

He then looked at what time of day the events are usually held at, how long they tend to last and whether they take place on grass, concrete, water or sand, as each of the surfaces reflect the sun’s rays to a different extent.

He used footage of Rio Olympics 2016 to look at what type of clothing is usually worn by competitors, and what body parts would be most exposed to sun based on posture.

The results, published in the journal Temperature, showed the duration of events and the time of day that they take place in are the most important factors influencing UV exposure.

Athletes who should be most careful were found to compete in singles tennis, golf, the cycling road race, beach volleyball, hockey, rugby, the decathlon, the triathlon, football, softball and the 10km marathon swim.

But tennis, golf and cycling stars should be the most concerned with using suncream, according to the findings. 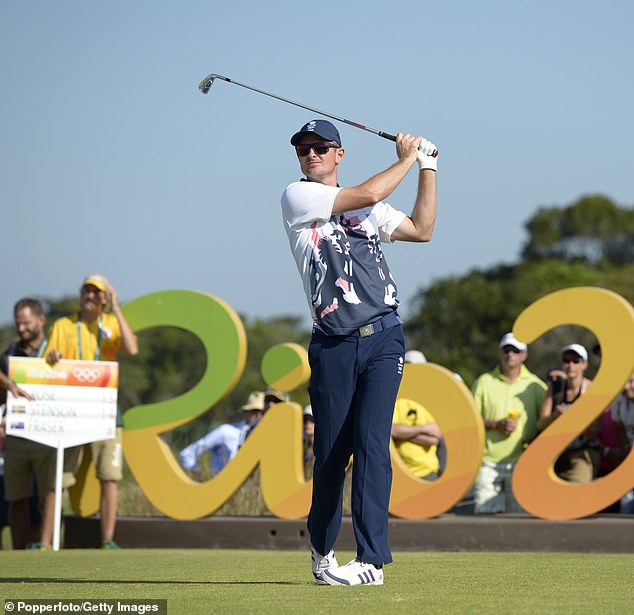 Men’s golf players were among the top at-risk, the study found, but are protected to an extent by the trousers and cap they wear. Pictured, Justin Rose, champion at Rio 2016 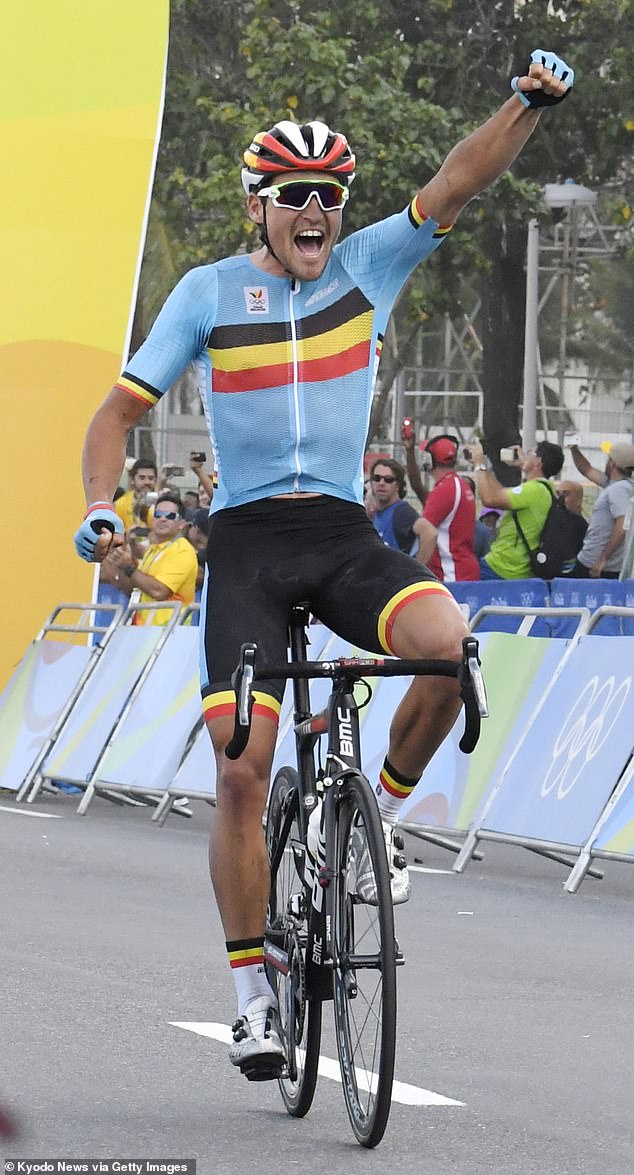 The study looked at the surfaces games are held on, as well as the time of day and length. Pictured, Greg van Avermaet, winner of the Rio 2016 men’s cycling road race

Dr Downs explained: ‘The winner of the women’s singles tennis will have to compete in six rounds, many of which will be at peak midday.

‘Golfers must also compete in four daytime rounds, and the winner of the men’s cycling road race can also expect to be exposed to sunlight for at least six hours, with other competitors being outside for even longer.’

The golf players would be at even higher risk of exposure if they weren’t protected by the trousers and cap they wear.

‘We were often amazed that for events like rowing or the 50km walk, a good number of competitors in Rio chose not to wear a hat or cap,’ says Dr Nathan Downs.

‘Little things like this can make a difference, but competitive clothing that comfortably covers the greatest body surface area will have the most significant benefit.’

According to Dr Downs, other measures that could help include making sure to schedule long events when the sun is lower down in the sky or at night.

‘Events like the Marathon are purposefully scheduled to run early in the morning in order to keep the total sun exposure down, so this is something that could be considered for other events too.

‘Other things that can be done include route alterations that make greater use of shade, or careful use of sunscreens to prevent unnecessary sunburn.’

The study also suggested that rules were put in place by the Olympic Committee to make sure athletes wore enough suncream.