Lady Amelia Windsor, 27, stunned today in a green frilly dress while showing off her natural beauty.

The model, who is the granddaughter of Prince Edward, Duke of Kent, and is 42nd in line to the throne, was spotted at the Mon Cheri Barbara Day charity gala in Munich.

Wearing minimal make-up, she posed for photographs at the event held at the city’s modern and contemporary House of Art, where other glamorous guests included Teri Hatcher and her daughter Rose.

She accessorised her stunning outfit with black Miu Miu shoes and a small black clutch bag.

The 27-year-old, who is 42nd in line to the throne, wore minimal make-up to the event, showcasing her natural beauty 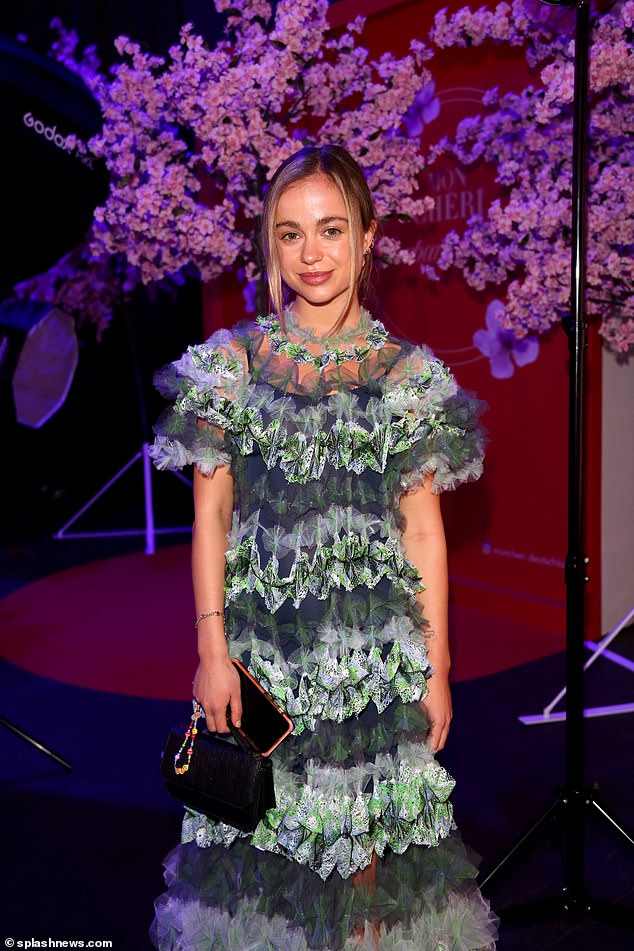 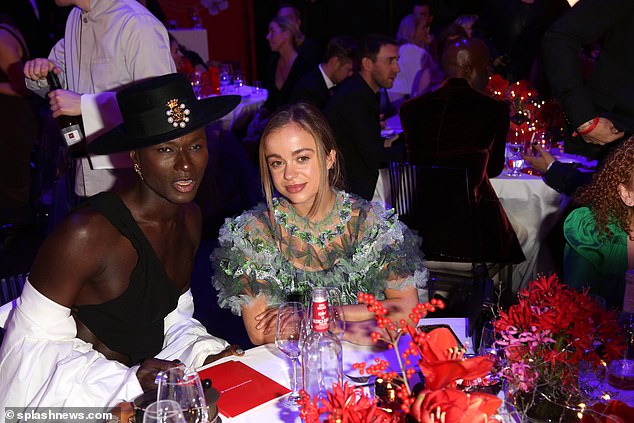 Lady Amelia is an aristocratic fashionista now regularly seen at star-studded fashion events such as the Dior show in Paris.

Once named the ‘most beautiful woman of the British royal family’ the socialite and model is cousin of Prince Harry and Prince William.

She has a particular interest in fashion and has also been committed to charitable organisations for many years.

At this particular gala, she was seen chatting to Papis Loveday, the Senegalese model and fashion entrepreneur.

And the pair both seemed in great spirits as they posed for photographs. 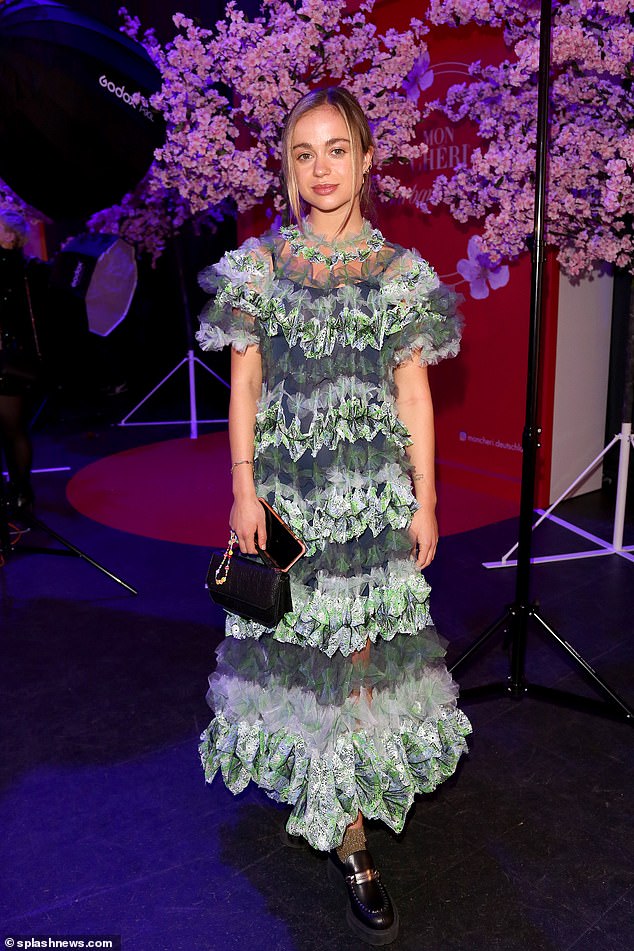 The model seemed happy to pose for photographs as she attended the event, matching her dress with comfortable Miu Miu shoes 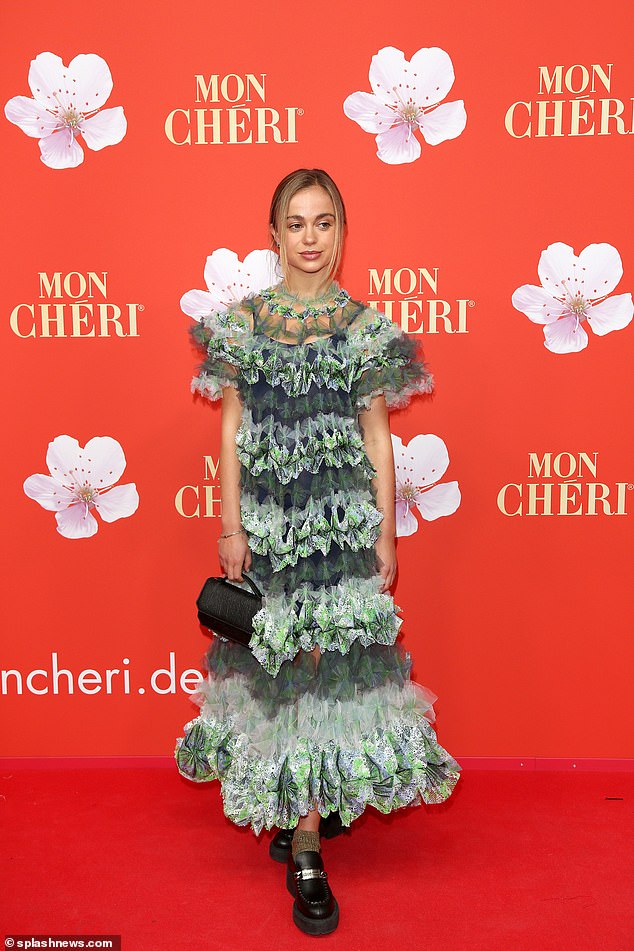 Amelia, who regularly posts about her love of fashion on Instagram, is the second daughter and youngest child of George Windsor, Earl of St Andrew.

Her grandfather was a first cousin of the Queen.

In recent years, she has been seen walking the catwalk in Manchester in a pale pink three piece suit, in a wide leg trouser and a lilac dress featuring a plunging neck line, side split and ruffles.

She was also seen at Milan Fashion Week wearing another low-key ensemble, complete with black trousers and an orange and black vest. 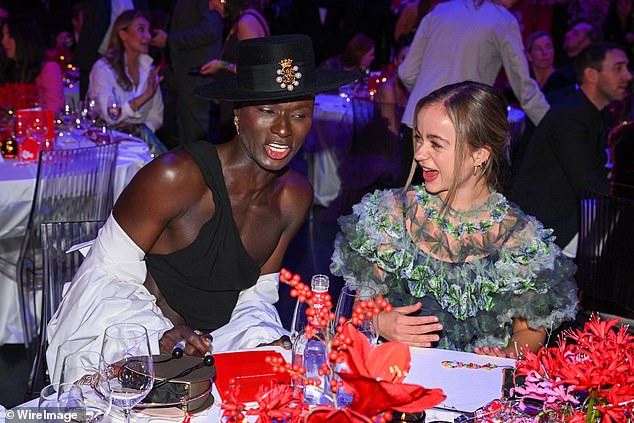 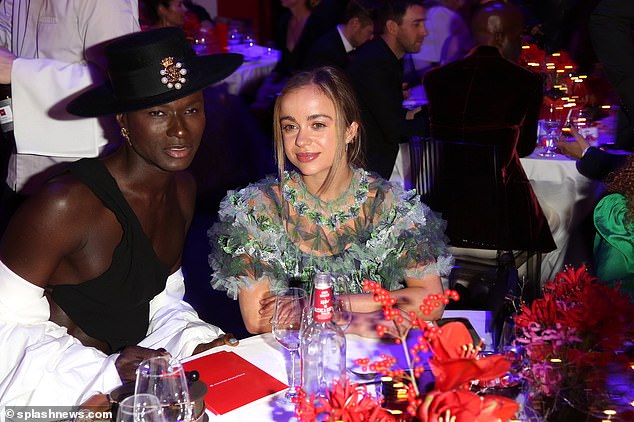 The two well-dressed models spent much of the event talking to each other, seemingly in great spirits 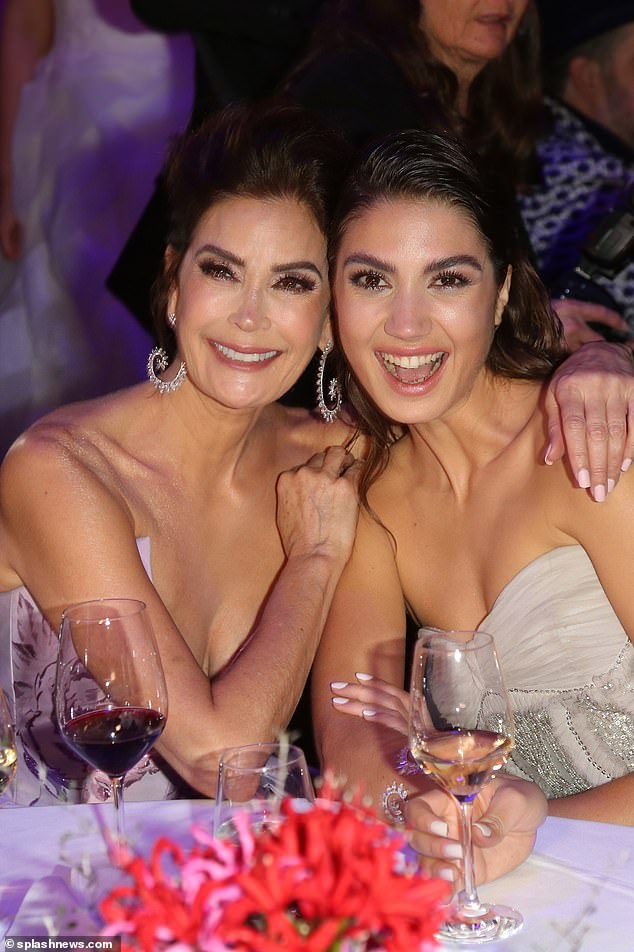 Actress Teri Hatcher, 57, was also at the event alongside her daughter Emerson Rose Temney, now 25

The royal, who has been on the cover of Tatler, has spoken in the past of her love of fashion and art, and loves to decorate the apartment she shares with her sister, Marina in Notting Hill.

She was also recently seen wearing a monochrome ensemble as she celebrated a jewellery launch in London.

Amelia was among the members of the extended royal family who attended the late Queen’s emotional funeral in London and Windsor on September 19.