Lady Frederick Windsor has revealed how she ‘expected to die’ in the immediate aftermath of a horrific car smash.

Sophie Winkleman – sister of Strictly Come Dancing star Claudia – broke her back after a car ploughed into the one she was travelling in Cambridgeshire on November 23rd last year.

The actress, who is married to Lord Frederick Windsor, the son of the Queen’s cousin Prince Michael of Kent, said she felt her ‘soul rise up’ and the warmth of ‘hot’ blood all over her body in the moments after the impact.

‘I felt my soul rising up and seeing everything’: Lady Frederick Windsor, 37, said she expected to die in the horrific car accident in which she was involved in November last year 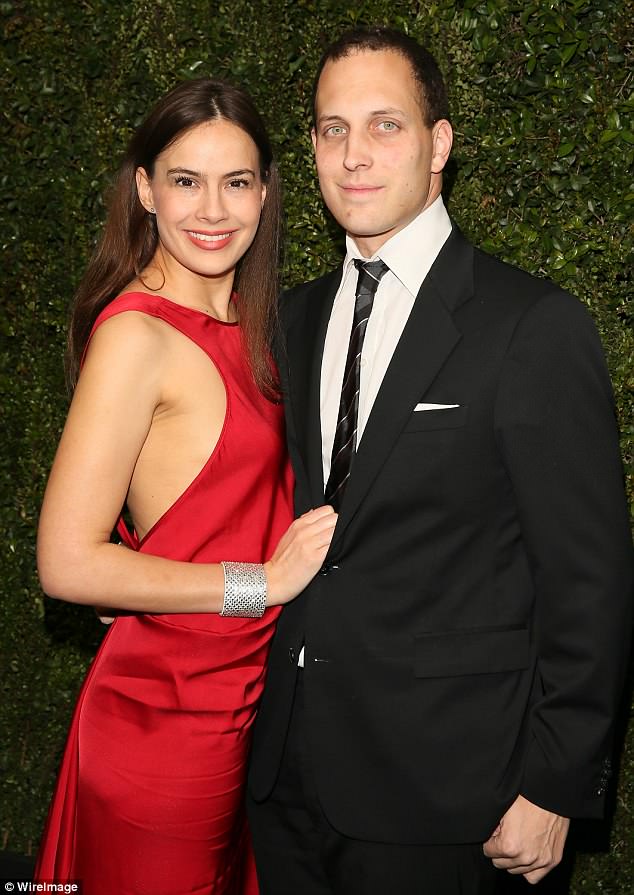 Lady Windsor – Sophie Winkleman, who is married to Lord Frederick Windsor and is mother to Maud, 4, and Isabella, 2,  spent nearly five weeks in hospital following the crash

Appearing in Hello! magazine to talk about her recovery, she offered a vivid account of how she felt: ‘It’s very strange, when something huge happens to your body, you don’t immediately feel the pain.

‘I felt lots of warmth and a strange kind of serenity. I felt like my soul was rising up and seeing everything… Yes, I did expect to die. It was extraordinary.’

She added: ‘I just remember a massive great thwack and then lots of hot blood all over me.’

Lady Windsor had been filming Danny Boyle Thriller Trust at nearby Audley End House when the crash happened on her way home from the set.

Her vehicle was thrown into the air before crashing down and causing her life-threatening injuries. 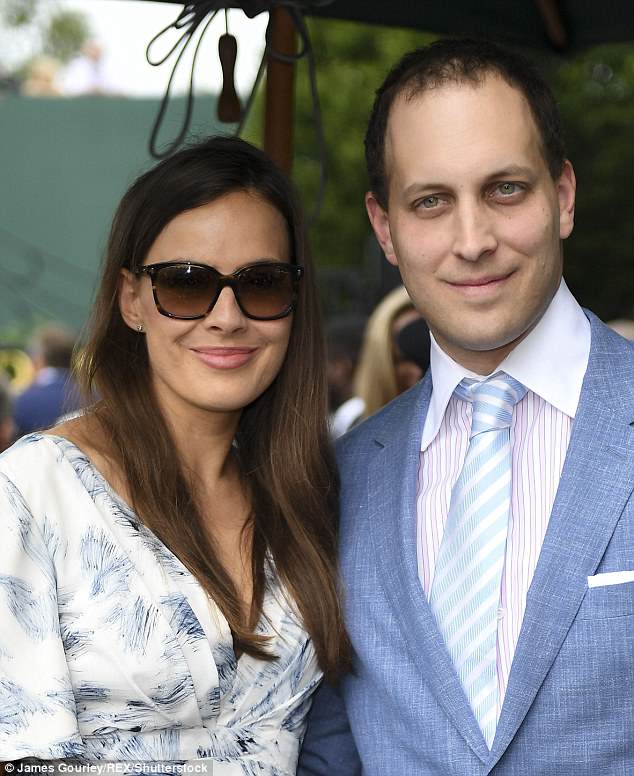 Kindness: Prince Charles sent over his private chef to help cook for the family in the weeks following the accident 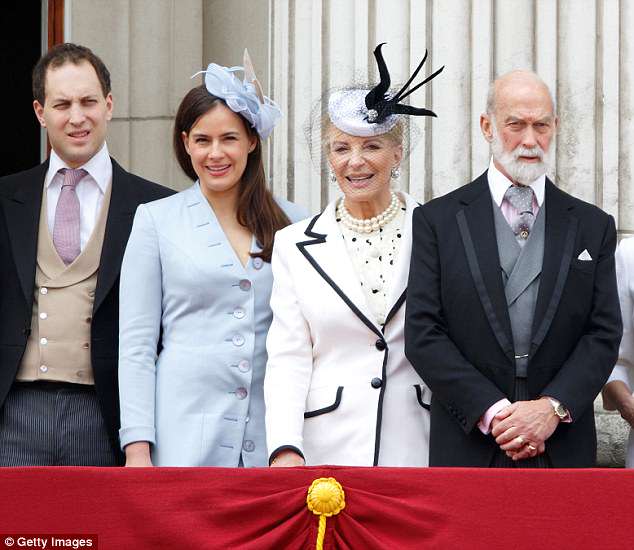 The mother-of-two was left paralyzed for three days. She said: ‘I recall heat; I had broken my back and ruptured my abdomen so my belly was torn apart and basically in my lap.

‘I could feel my backbones jiggling around and I thought: “I really hope this doesn’t mean anything paralysing.”’

Lady Windsor spent three days in Addenbrooke’s Hospital before she began to regain feeling in her legs.

She said: ‘I had been a couple of millimetres away from paralysis.’

Two weeks later she was transferred to Chelsea and Westminster Hospital in London, where she finally walked again, and remained until Christmas Eve.

The mother-of-two said the kindness of the royal family has aided her recovery.

She added she received a ‘magnificently practical’ gift from the Prince of Wales to aid with her recovery. 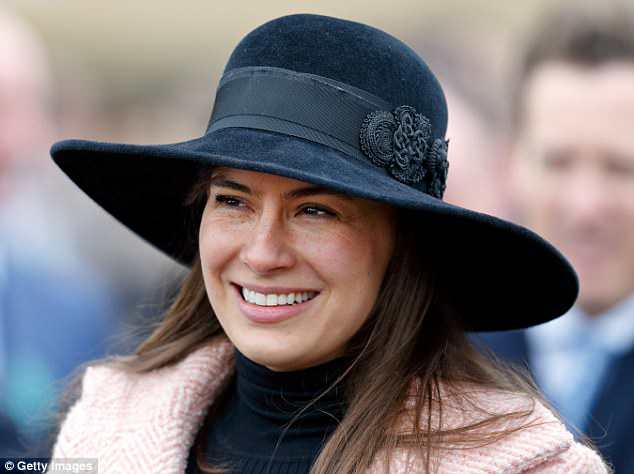 Lady Windsor has enjoyed a successful career as an actress including a part in hit US sitcom Two And A Half Men, playing the girlfriend of Ashton Kutcher’s character. 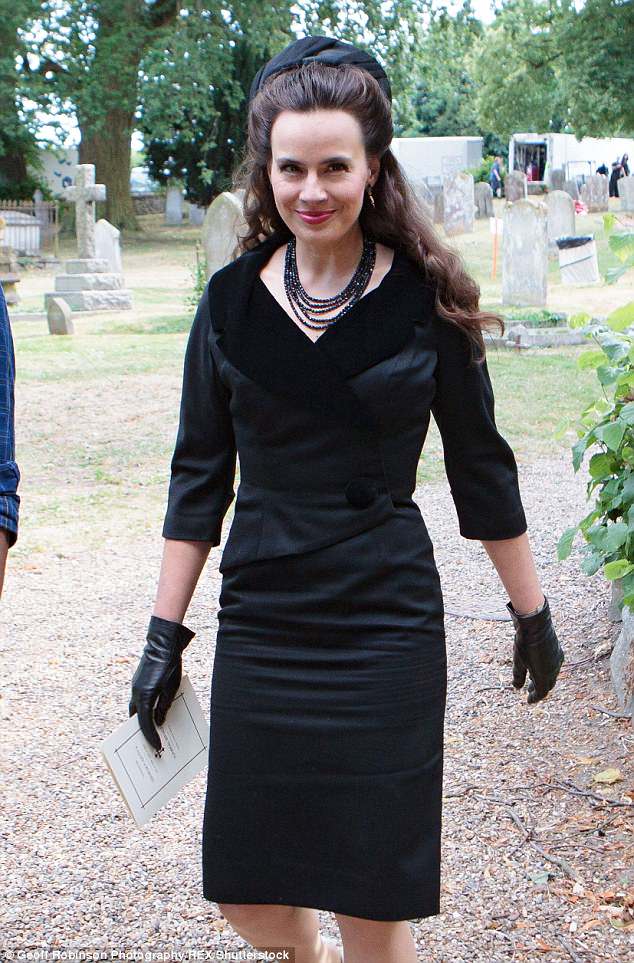 Filming on the set of Trust, directed by Danny Boyle, before the fateful accident last year

She told the magazine: ‘Prince Charles sensed correctly that everything would be chaos at home, so he asked his cook, instead of taking care of him, to take care of us.

‘So our lunches and dinners were cooked at Clarence House then delivered for weeks on end while I was in hospital and then still disabled at home.’

She added that the Duke of Cambridge, who is her husband’s cousin, phoned the hospital to ensure she was well looked after. 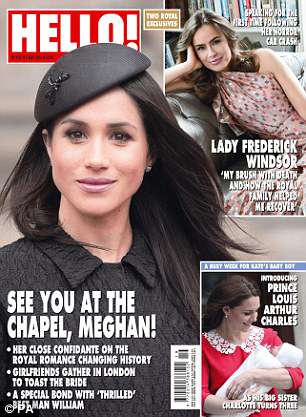 Lady Frederick Windsor was speaking in the new issue of Hello! Magazine

She said: ‘I heard from pretty much every member of Freddie’s family, I was spoiled to bits by them.’

Ms Winkleman, who still uses her maiden name professionally but is formally titled Lady Frederick Windsor, has enjoyed a successful acting career including a part in hit US sitcom Two And A Half Men, playing the girlfriend of Ashton Kutcher’s character.

She married financial analyst Lord Windsor, 39, in a lavish ceremony at Hampton Court Palace in 2009.