Lady Gaga was back in character on Wednesday as she prepared to shoot her latest scenes on the set of forthcoming biopic House Of Gucci.

The singer and actress stepped into the designer shoes of Patrizia Reggiani, the woman responsible for ordering the assassination of her estranged husband, fashion house heir Maurizio Gucci, in 1995. 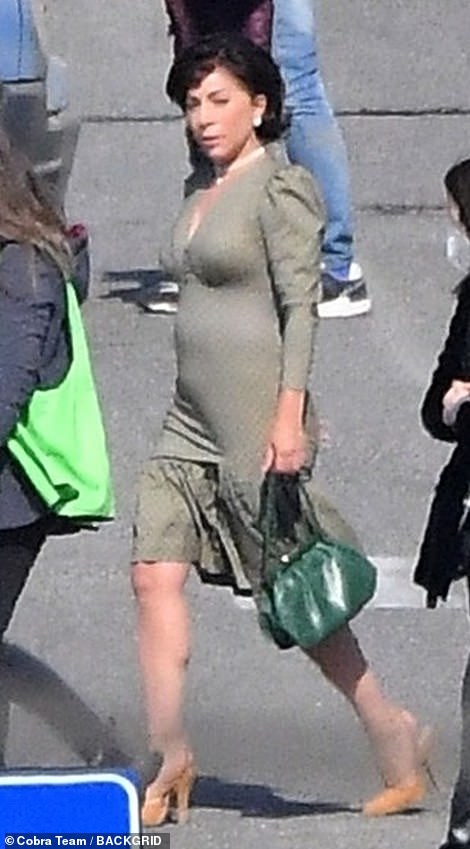 Here she comes: Lady Gaga was back in character on Wednesday as she prepared to shoot her latest scenes on the set of forthcoming biopic House Of Gucci

The film, which documents Reggiani’s sensational plot to murder her ex-husband, is based on the novel The House of Gucci: A Sensational Story of Murder, Madness, Glamour, and Greed by author Sara Gay Forden.

Her husband had left her for another woman 10 years previously after telling her he was going on a short business trip, from which he never returned. 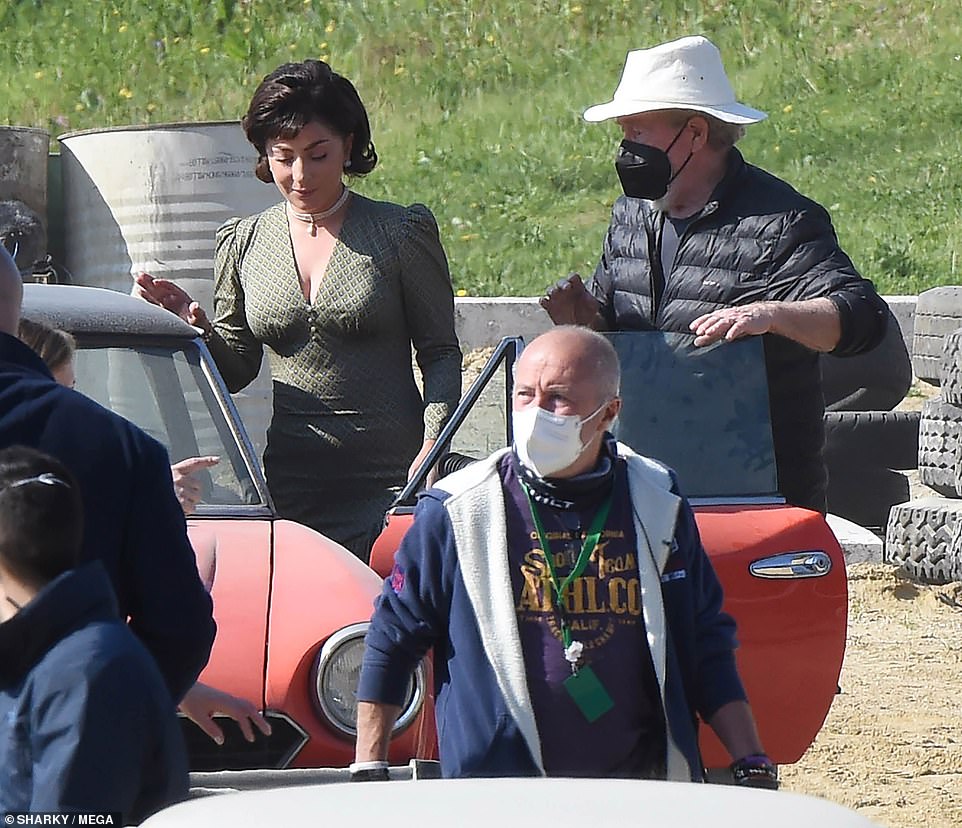 True to life: The singer and actress stepped into the designer shoes of Patrizia Reggiani, the woman responsible for ordering the assassination of her estranged husband, fashion house heir Maurizio Gucci, in 1995 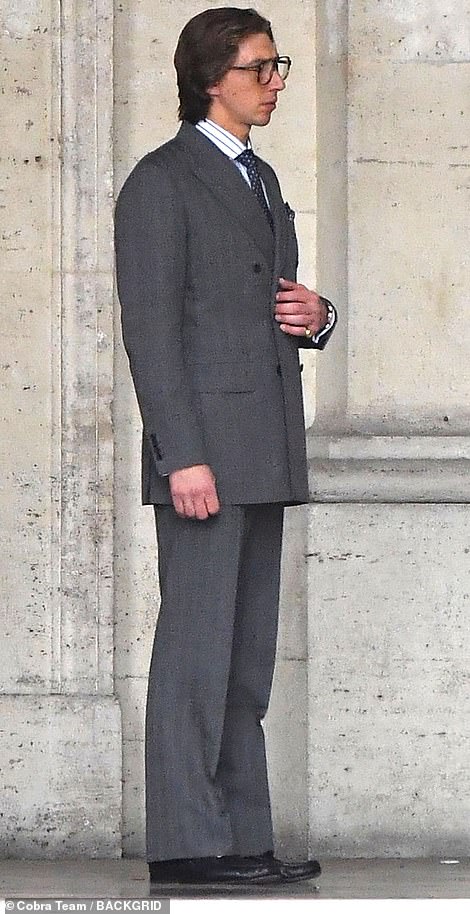 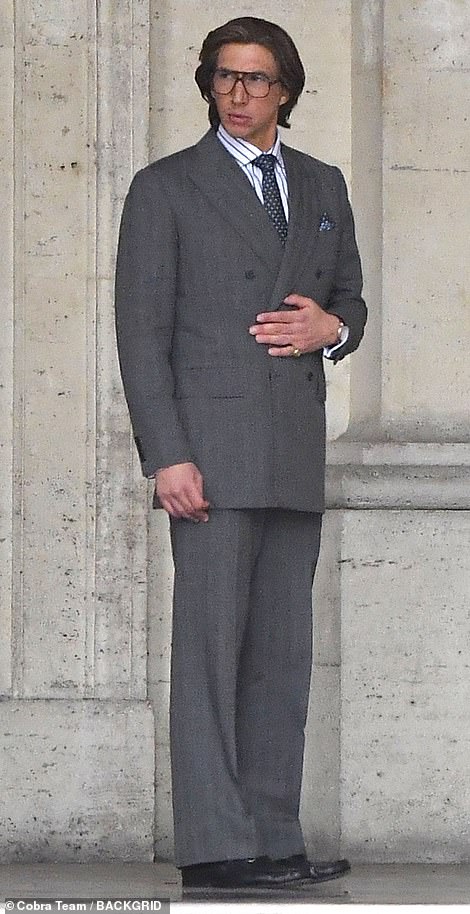 In good company: Gaga was joined by a suave looking Adam Driver, who takes the role of Maurizio in the new film 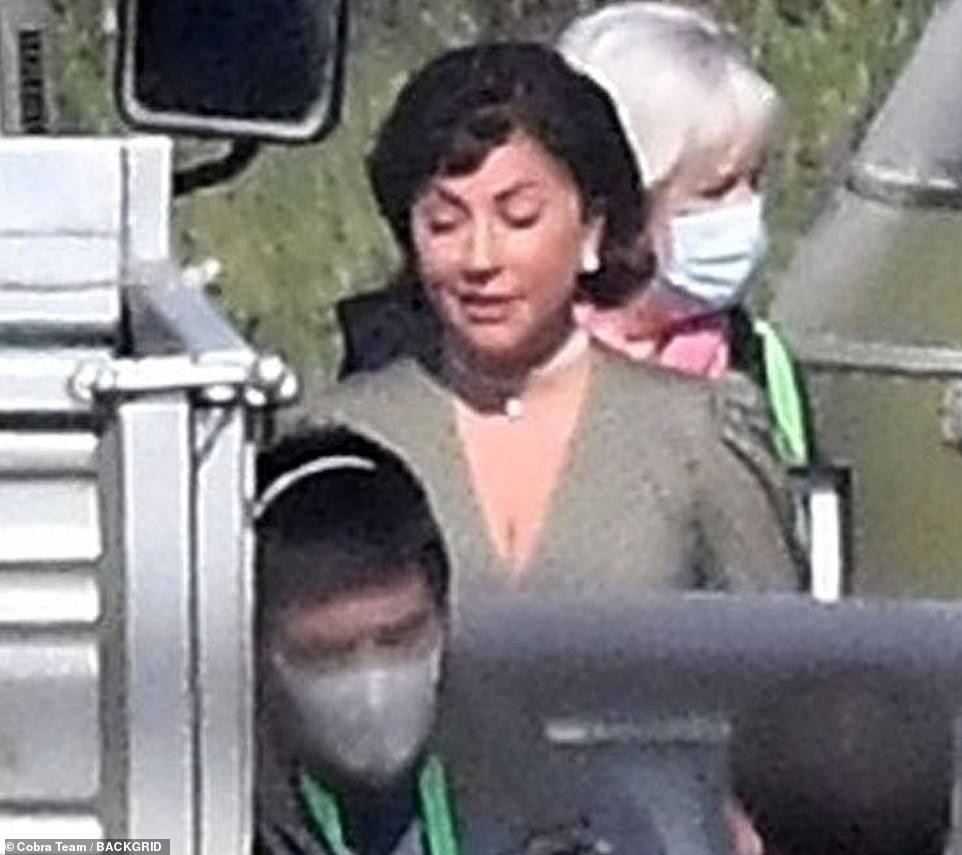 Upbeat: Gaga appeared to be in high spirits as she idled with mask clad crew members in Rome  on Wednesday

She was also said to be furious her former husband had started seeing other women, and feared her daughters’ $170million inheritance was at risk if he remarried before ordering the hit.

She also wanted more than the $650,000 she had been offered in a divorce settlement, the court heard.+

Reggiani eventually hired hitman Benedetto Ceraulo, a debt-ridden pizzeria owner who shot Gucci dead on the steps of his office in Milan as he arrived for work. Ceraulo was convicted and sentenced to life in prison. 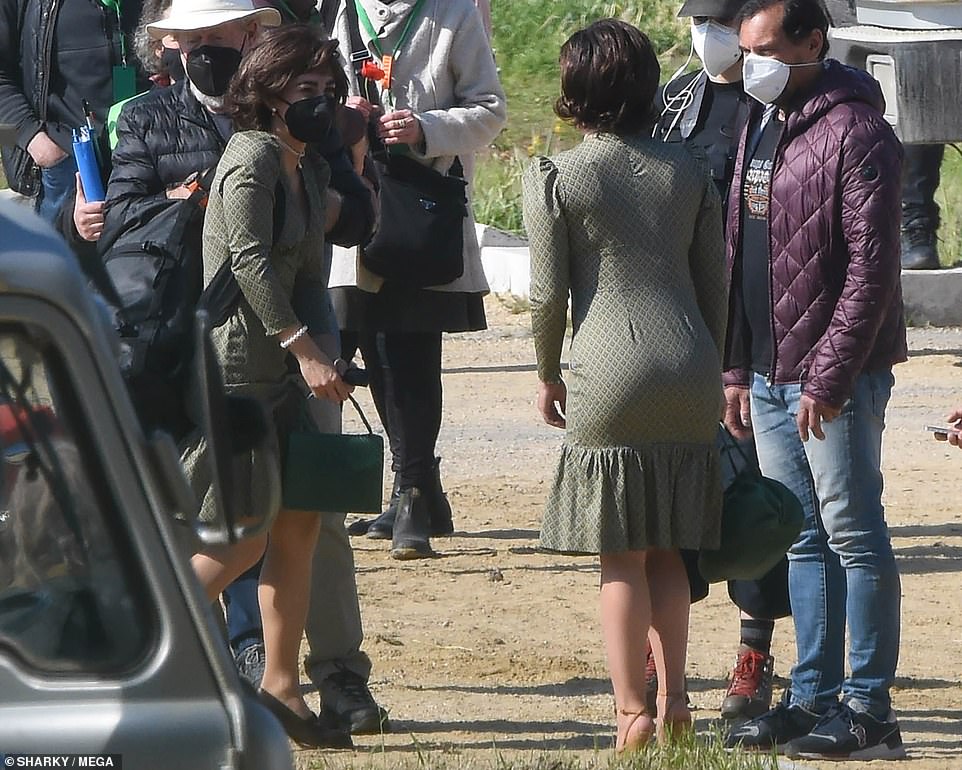 Fancy seeing you here! The American star looked delighted after crossing paths with her stunt double, who wore an identical green patterned dress 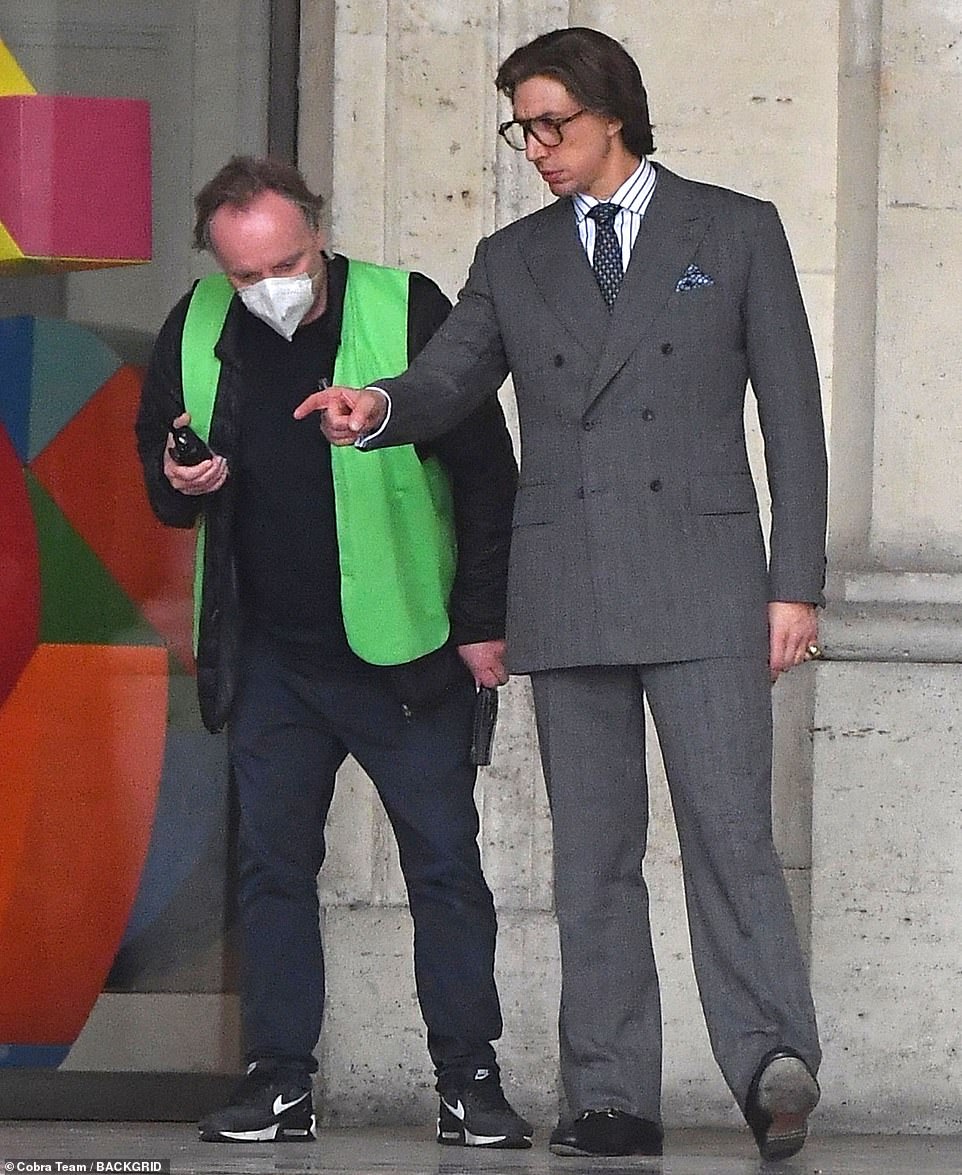 pointing it out: Driver chatted to a mask-clad assistant while taking a break between scenes on Wednesday

She was convicted after her clairvoyant and confidante Pina Auriemma turned informer and told police about the plot.

The court heard how she had ordered the murder of her husband after he offered her $650,000 in a divorce settlement. Fight club: The actor was later seen filming what appeared to be an all out brawl on a dusty Italian street 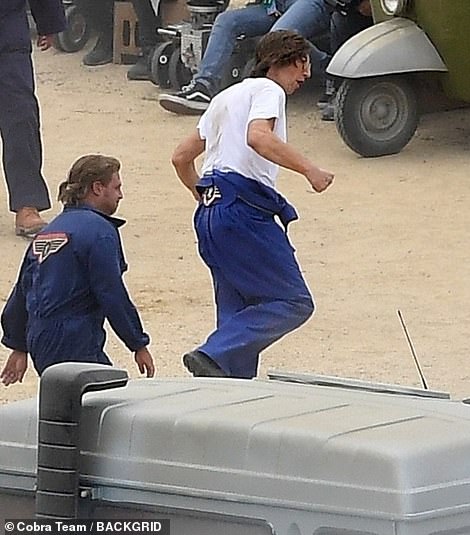 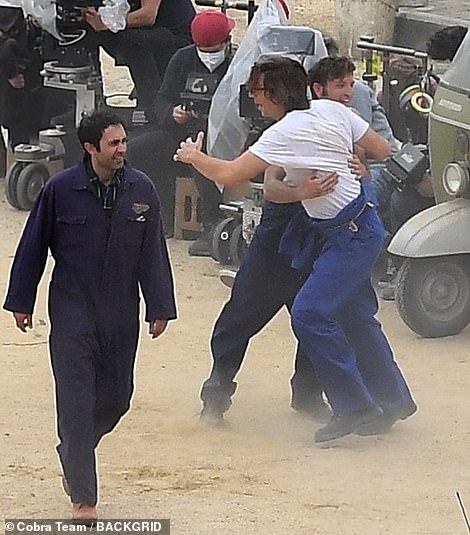 Not the usual look: Mauricio’s designer suits were exchanged for a pair of weathered overalls as Driver threw himself into the scene 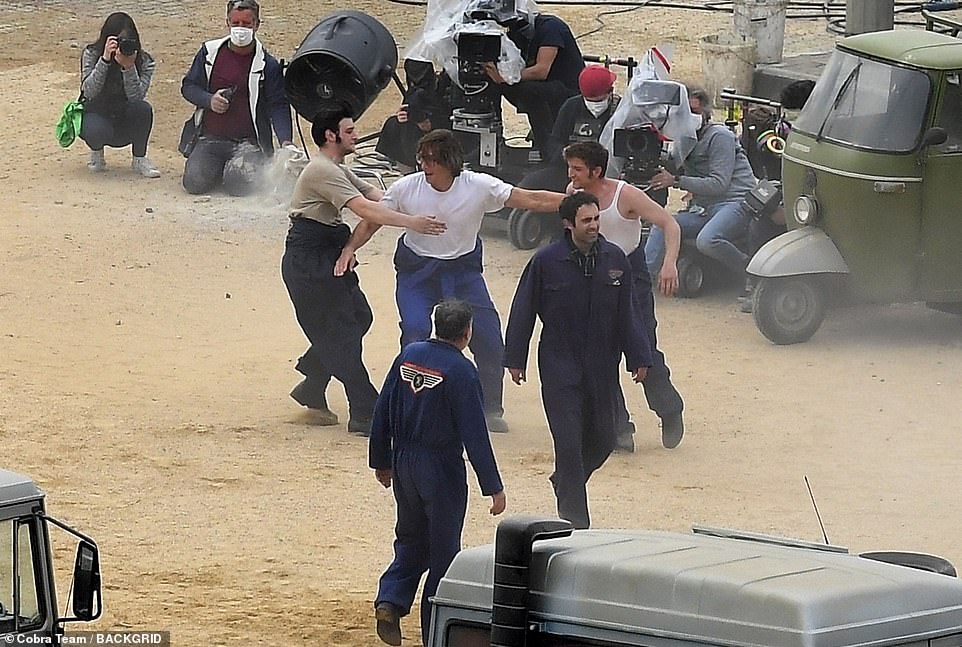 Peacemaker: He also appeared to hold two warring co-stars apart as they attempted to fight one another

She was initially sentenced to 29 years in 1998, which was reduced to 26 on appeal. She served 18 – with her pet ferret Bambi as a companion for some of the time – before being released in October 2014.

Having Bambi by her side was a special privilege negotiated by her lawyers — however he was to suffer an unfortunate demise when a fellow inmate accidentally sat on him.

Well-known for her luxury lifestyle, Reggiani once said: ‘I’d rather cry in a Rolls than be happy on a bicycle’ and turned down the offer of day release while in prison because it would have meant doing ‘menial’ work. 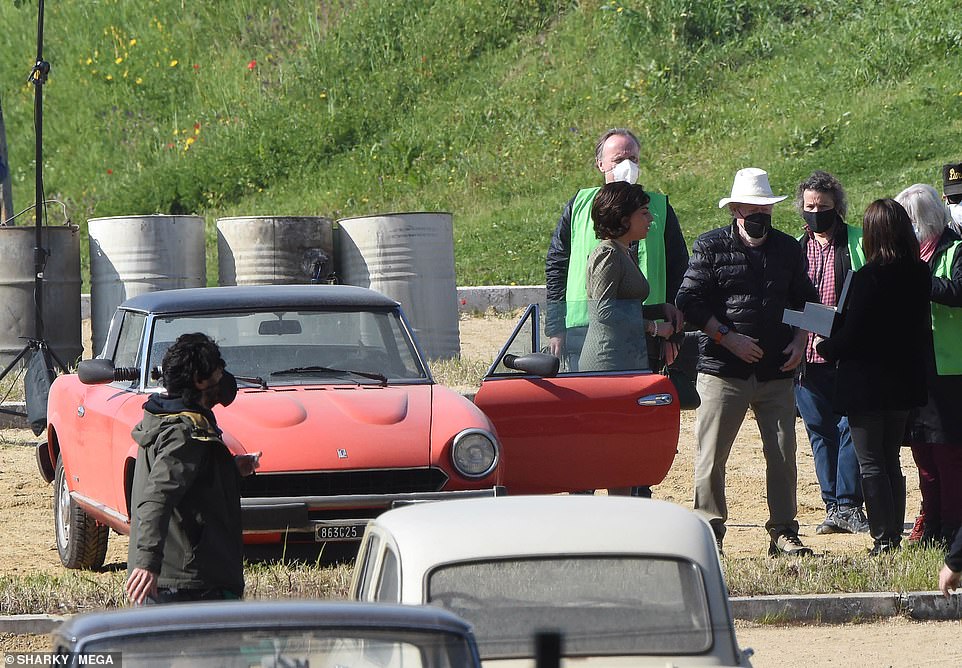 Nice: Gaga was seen idling beside a red Fiat Spider while preparing to film her own rather less dramatic scenes 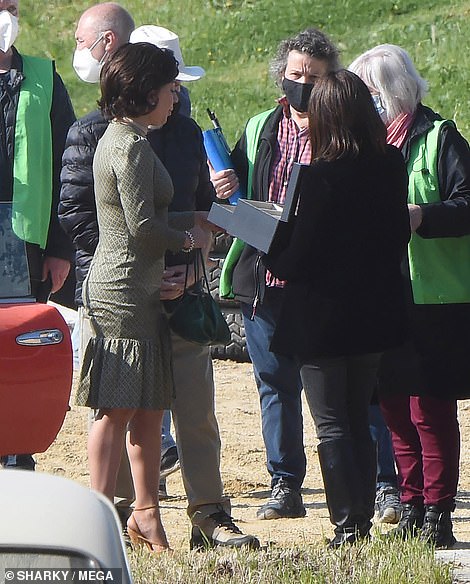 For me: She appeared to be confronted by an assistant carrying a large jewelry box while passing the time on set 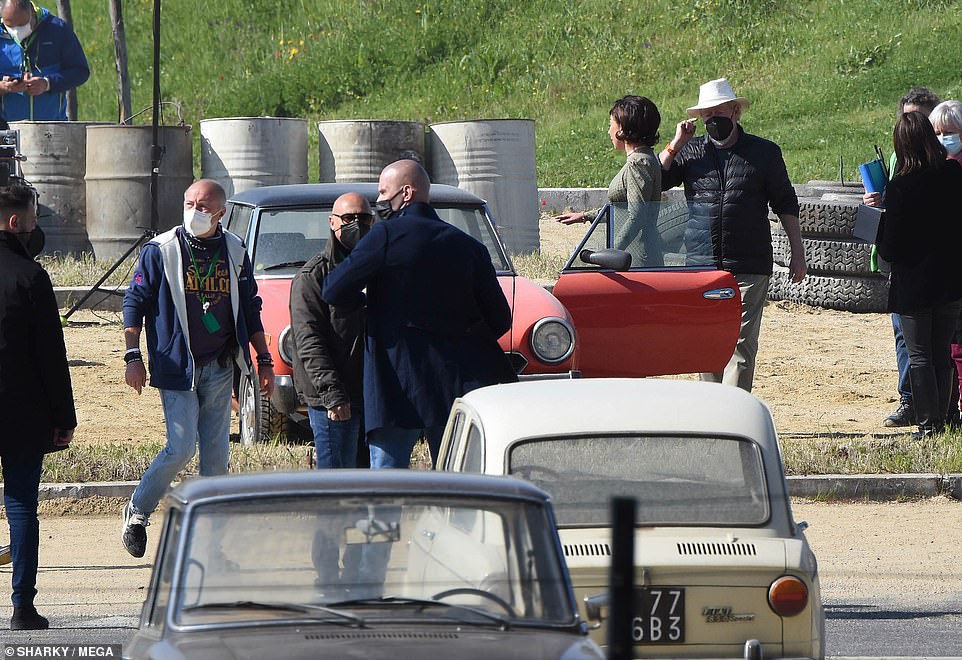 Ready for work: Gaga prepared to climb into the Fiat Spider as her latest scene commenced on Wednesday

In 2017 a court ruled Reggiani was entitled to receive £900,000 a year from her ex-husband’s fortune and she was given a lump sum of £16million for her time in prison.

Maurizio Gucci was the grandson of Guccio Gucci, founder of the fashion company made famous with its double G logo.

In the early 1990s it was hit by problems and he sold the label for $120 million, just two years before his death. 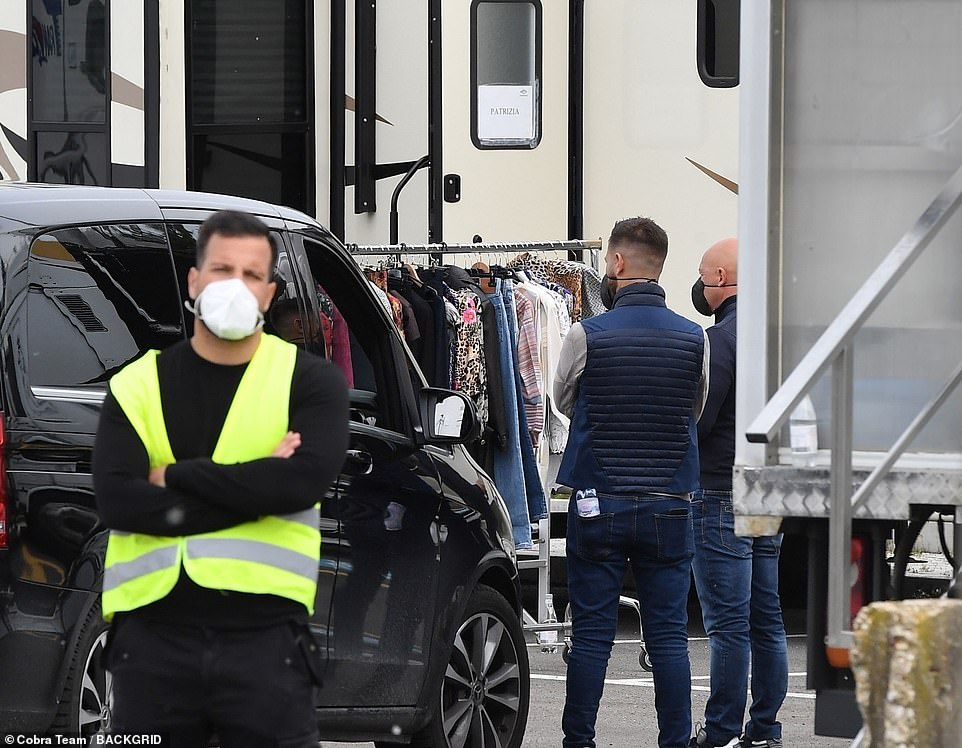 All mine: A wardrobe of clothes waited outside a trailer upon which a piece of paper bearing the name Patrizia was visible. Gaga plays Patrizia Reggiani in the new film 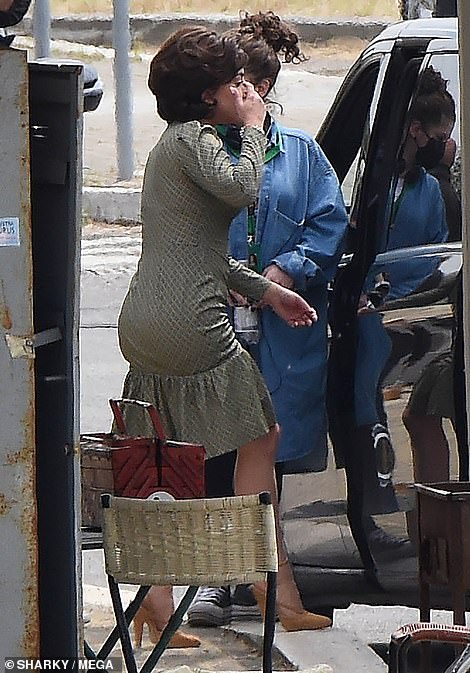 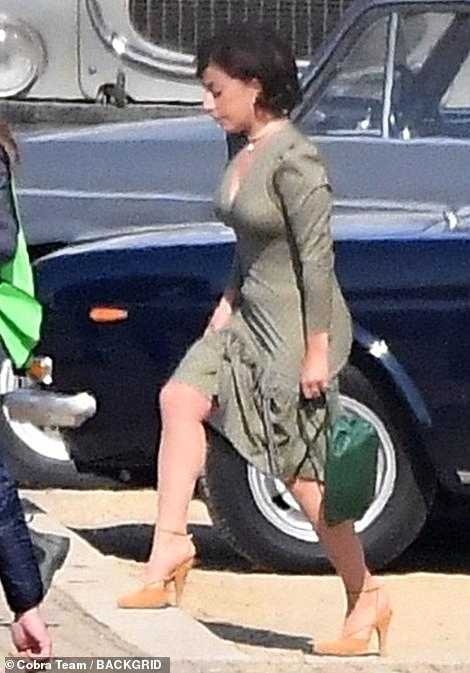 There she is: Gaga made her way to and from her sprawling trailer as she relaxed between takes on location in Italy 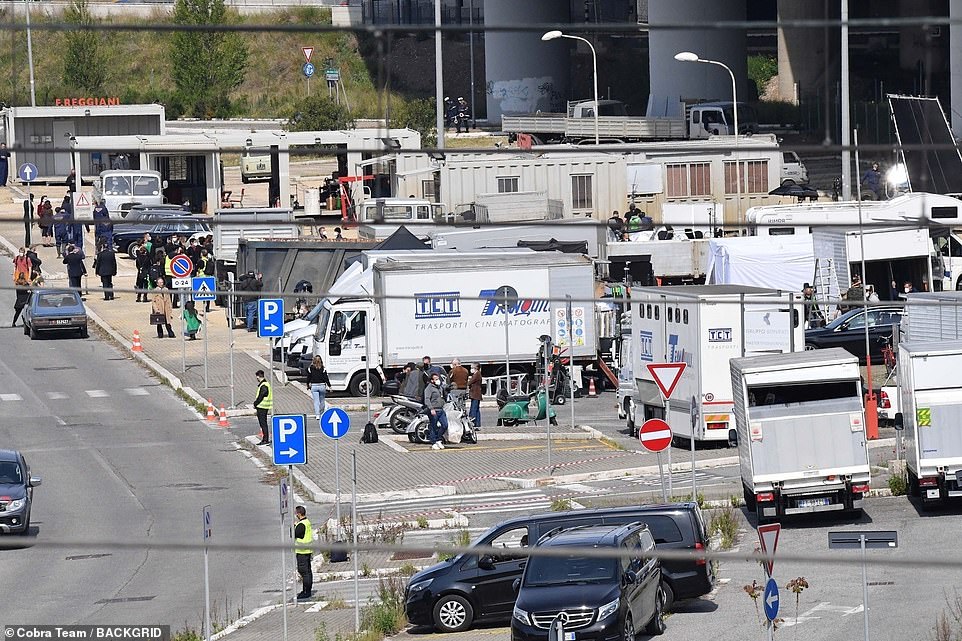 Big operation: A sprawl of trailers covered the outdoor location on the set of Ridley Scott’s new film

It comes after the heirs to Gucci aired their concerns about their depiction.

The great-grandchildren of Gucci fashion empire founder Guccio Gucci have appealed to filmmaker Sir Ridley Scott to respect their family’s legacy in the new movie that focuses on a sensational murder.

The new film is scheduled to go on general release from November 24 2021.