Lady Kitty Spencer might be a married woman, but she still had time for a girls’ night out tonight with her friends Emma Weymouth and Jade Holland Cooper.

Princess Diana’s niece, 30, was spotted at Superdry’s flagship store opening party in London with the Marchioness of Bath, 35, this evening.

The two women made a striking pair as they arrived at the shop on Oxford Street, alongside designer and mother-of-one Jade.

Kitty, whose summer wedding to business tycoon Matthew Lewis, 62, in July was the social event of the year, beamed in an all-black look, while Emma, a mother-of-two, donned animal print from head-to-toe.

Lady Kitty Spencer might be a married woman, but she still had time for a girls’ night out tonight with her friends Emma Weymouth and Jade Holland Cooper

Kitty, who is a brand ambassador for Dolce and Gabbana, wore a striking silver belt from the brand that cinched in the waist of her dress.

Styling it mostly with black accessories, she wore here hair down to inject a touch of tousled glamour.

Finishing the look off with a choker necklace, Kitty opted for neutral toned makeup to complete the ensemble. 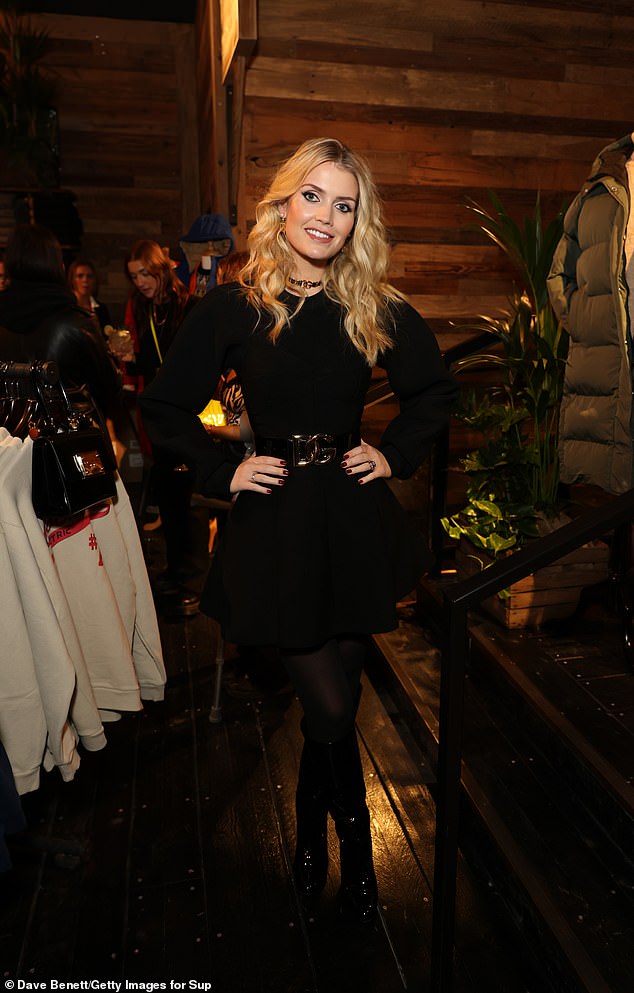 Earl Spencer’s daughter looked stylish in a black mini dress with balloon sleeves and vinyl boots, which she paired with a dramatic black D&G belt

Emma looked equally as stunning as she attended the flagship event and wore dazzling gold chain earrings with a slicked back hairstyle.

The mother-of-two opted for a leopard print co-ord, with a slinky midi skirt paired with a matching bralet top.

Meanwhile she wrapped up a little against the cold by donning a cropped black tuxedo jacket for the outing.

And mother-of-one Jade looked equally glamorous for the event, donning a stunning black suit with a dramatic neckline and an over-the-top necklace. 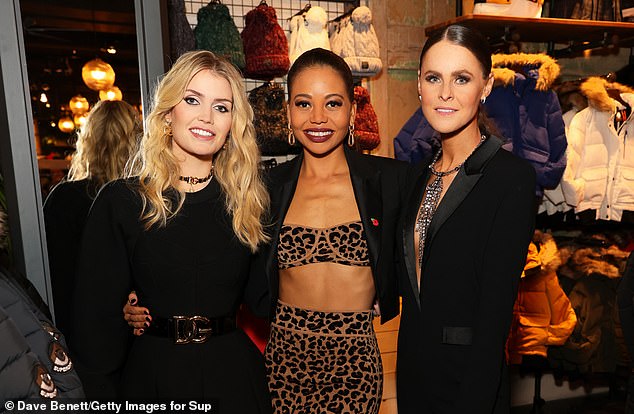 Jade married the fashion tycoon and boss of clothing brand Superdry, Julian Dunkerton, 55, who is worth an estimated £441million, in a lavish ceremony in the Cotswolds in August 2018. She was serenaded at the ceremony by Idris Elba and Craig David.

It has been a busy few weeks for Lady Kitty, who last month dazzled in an array of Dolce & Gabbana outfits when posing up a storm during a photoshoot for the brand in Italy.

Princess Diana’s niece looked effortlessly elegant as she showcased several lavish ensembles when at a Villa in Portofino.

In one outfit, the socialite and model stunned in a yellow dress, boasting a cinched waist, a dropped hem and lace and ruffled features. She teamed the garment with a D&G embellished bag. 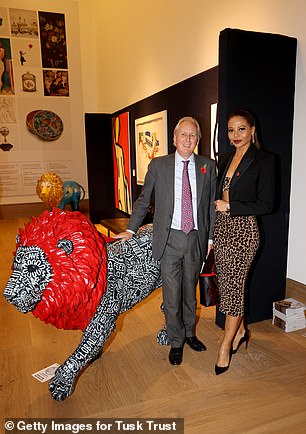 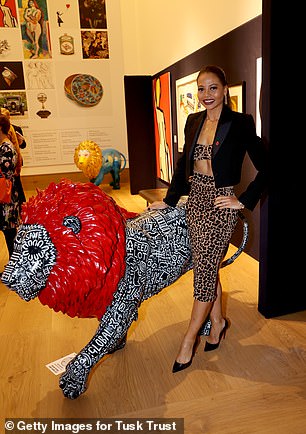 Elsewhere, she appeared radiant in a white and red striped frock, which she teamed with brown sandals while keeping her locks down.

Her appearance alongside Emma comes after the Strictly Come Dancing star returned to the UK after attending the nuptials of Lady Kitty  in Italy followed by a short break in France with her children.

Lady Kitty’s father Earl Spencer, 57, did not attend and she was walked down the aisle by her brother Louis Spencer, Viscount Althorp, 27, and half brother Samuel Aitken, whose father is businessman Jonathan Aitken.

During her time aboard she was spotted exploring Venice with her hunky Serbian model pal Alessandro Egger this month.