Lake Michigan’s color has transformed from a brownish green to a Caribbean clear blue – all in the last 20 years.

The change, reports the Chicago Tribune, has been prompted by the arrival of invasive species of mussels such as the zebra and quagga. The invasion has killed off a significant population of phytoplankton, a form of green algae.

Algae and nutrients within the lake gave it a distinctive brown-green color through the late 1990s. Since then, Lake Michigan has become significantly more clear and more blue.

Lake Michigan had a greenish brown hue in the 1990s but today has a crystal clear blue hue (pictured: Chicago with the lake in the background) 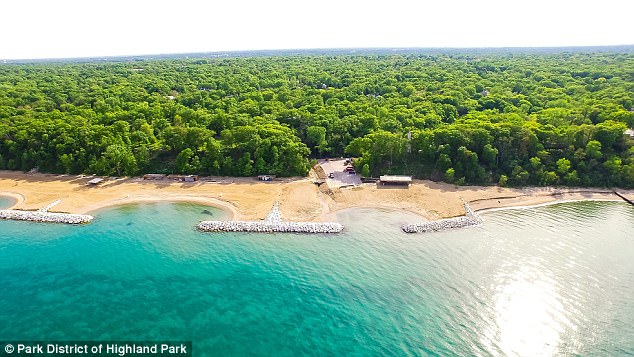 The change has been prompted by the arrival of invasive zebra and quagga mussels, which feed on phytoplankton, a form of green algae (pictured: Rosewood Beach on Lake Michigan) 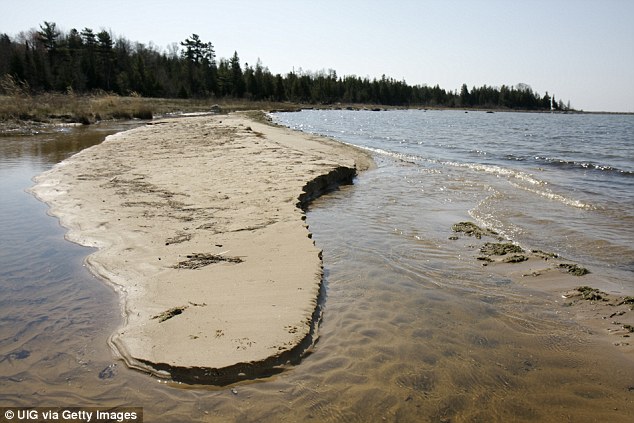 ‘You’ll hear from people that the water is so blue it compares to something in tropical areas,’ researcher Michael Sayers told the Chicago Tribune.

The ecological transformation has also affected the fishing industry of the Great Lakes, which brings $7billion to the U.S. economy.

One researcher speaking to the Chicago Tribune described phytoplankton as ‘the basic building block’ of the lake’s food chain.

Salmon fishing harvests, for example, have declined by around 70 per cent since the 1980s, from 10 million pounds per year to three million pounds. 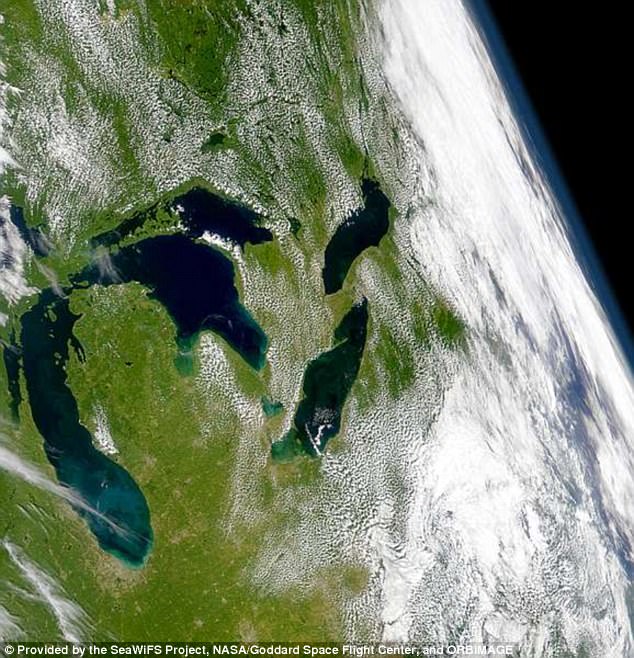 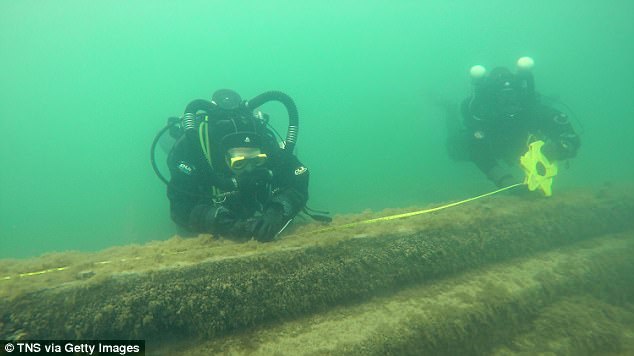 There are signs that the mussel invasion is ending; the population fell by 40 per cent from 2010 to 2015 (file photo of Lake Michigan underwater)

But, scientists speaking with the Chicago Tribune said, there are signs that the mussel invasion already peaked.

Scientists say this change may be due to the lack of plankton for the mussels to feed on.

The last time the Great Lakes was hit with a similar sort of invasion was the 1940s, when the sea lamprey swam into the Great Lakes via the Erie and Welland canals and killed fish such as trout and whitefish.

Lake Michigan is one of the five Great Lakes along with Superior, Huron, Erie and Ontario.

Chicago, the third-largest city in the United States, is located on the lakefront. 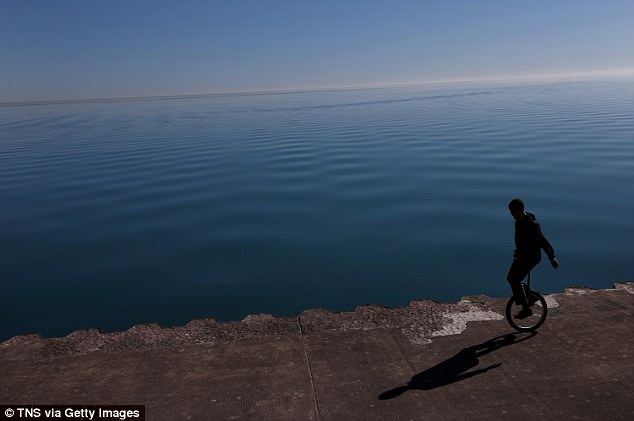 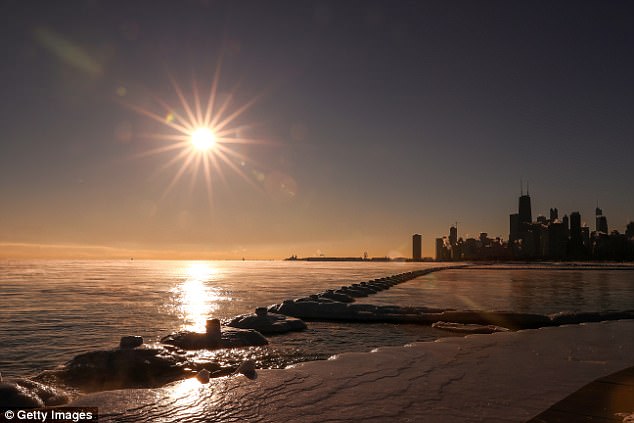 The Chicago skyline is pictured against the backdrop of a frozen Lake Michigan on January 6, 2018