Lance Armstrong admits doping may have caused his testicular cancer

Lance Armstrong has admitted he thinks doping might have caused his testicular cancer and also revealed that he was a drugs cheat from the age of 21.

The disgraced former cycling superstar was finally caught nineteen years later, stripped of his seven Tour de France titles and he eventually admitted to doping the following year in 2013.

In an upcoming ESPN documentary titled ‘Lance’, the 48-year-old shed further light on his cheating and now infamous career.

Lance Armstrong admits that he first started doping at 21, in the upcoming ESPN documentary 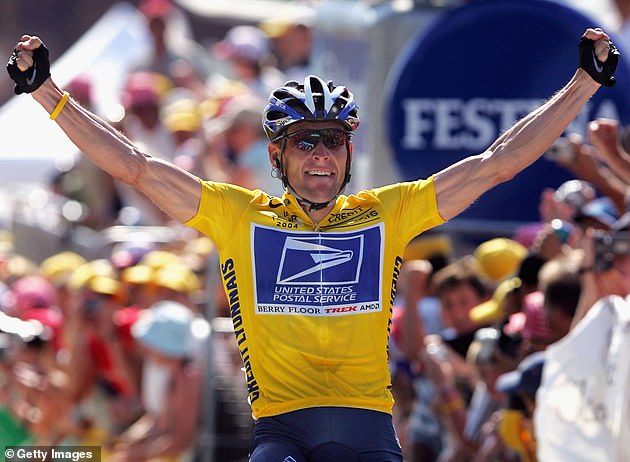 When asked what age he was when he first began doping, he replies after a long pause for thought: ‘Probably 21’.

Armstrong turned 22 just one month after being crowned the road race world champion so it seems likely that he was cheating before the first major win of his career.

In the clip released by ESPN he goes on to say: ‘There’s a bunch of ways to define doping. The easiest way to define it is ‘breaking the rules.’ 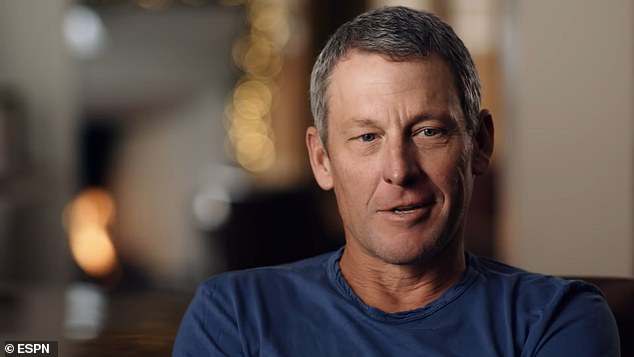 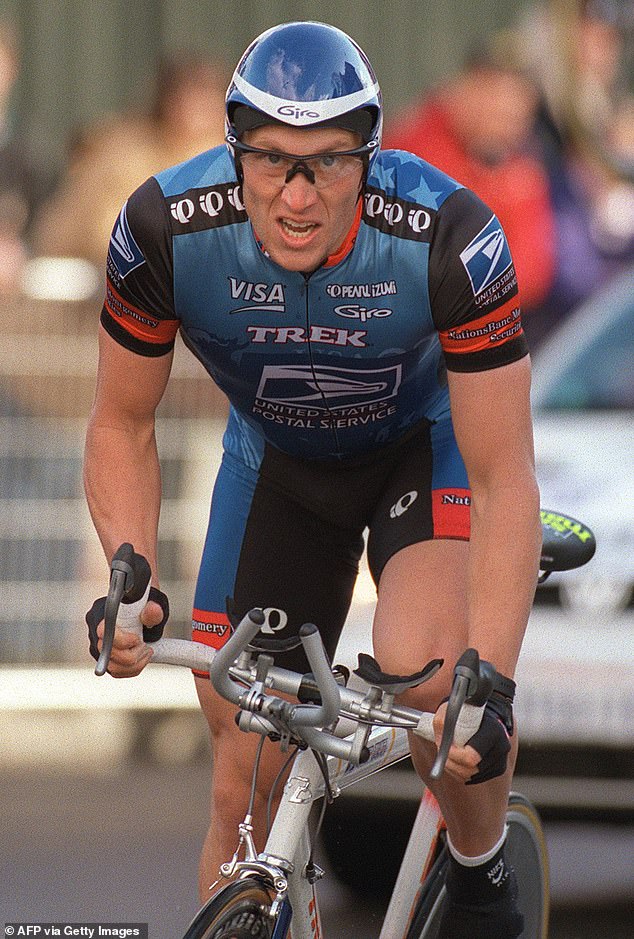 He’s then asked: ‘So, were we getting injections of vitamins and other things like that at an earlier age?’ ‘Yes. But they weren’t illegal, so that… You know…’

‘But did you know?’ Armstrong was asked by filmmaker, Marina Zenovich.

‘Know what?’ he replied.

‘What was in them [the syringes]?’

‘Of course. Oh, yeah, yeah, yeah. Come on.’I’m not one of those guys. I was always, “Ooh – what do we have here?” I always asked, and I always knew, and I always made the decision on my own. Nobody said, “Don’t ask; this is what you’re getting.”

‘I never, ever would have gone for that. I educated myself on what was being given, and I chose to do it.’ 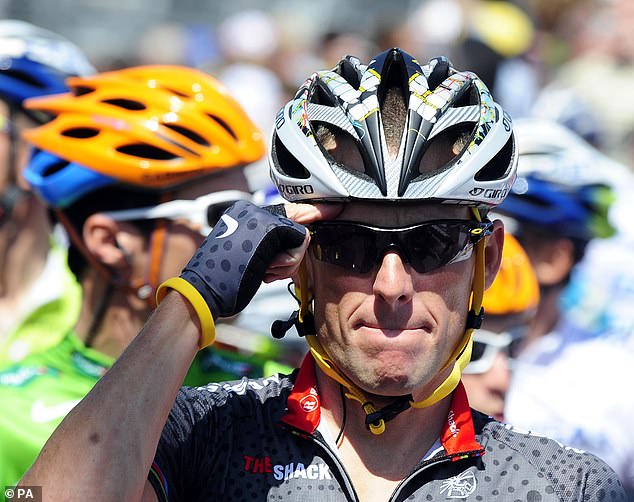 Armstrong was also asked if he thought his testicular cancer was a result of the doping.

He said: ‘You know, I don’t know the answer to that. I don’t want to say no, because I don’t think that’s right either. I don’t know if it’s yes or no, but I certainly wouldn’t say no.

‘The only thing I will tell you is, the only time in my life that I ever did growth hormone was the 1996 season.

‘And so just in my head, I’m like, growth… growing hormones and cells, like… if anything good needs to be grown, it does. But wouldn’t it also make sense that if anything bad is there, that it too would grow?’ 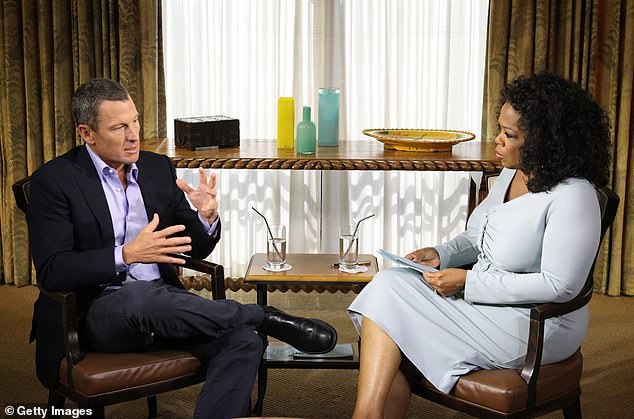 Armstrong recovered and came back to cycling two years later in 1998, when he has since admitted using EPO to boost his performance in the ensuing years.

When asked about whether he was scared the drug might have negative effects on his body given the remission from cancer, he said: ‘In many ways – and this is not going to be a popular answer – EPO is a safe drug,’ he said.

‘Assuming certain things, assuming [it is] taken properly, taken under the guidance of a medical professional, taken in conservative amounts.

‘There are far worse things you can put in your body.’

Armstrong’s confession was aired in a special interview with Oprah Winfrey in 2013 and sent shockwaves around the world, disappointing the huge number of fans who had always staunchly defended the American’s innocence.

He was also the driving force and main ambassador for cancer charity Livestrong but they have distanced themselves from him and ‘relaunched’ in February with a ceremony in Austin. 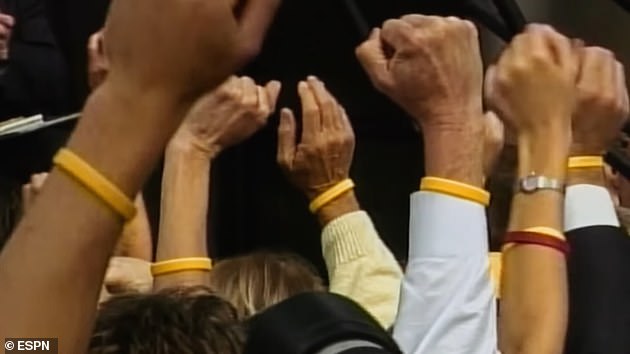 Livestrong’s trademark yellow wristbands were once worn by celebrities and politicians the world over. Donations and commercial ties to athletic apparel company Nike brought in tens of millions annually.

But those days are gone. The wristbands are rarely seen anymore, and Nike ended its Livestrong clothing line years ago.

Armstrong still denies accusations that he pressured teammates into doping, bribed cycling officials, or took PEDs during his comeback in 2009 and 2010.

The new documentary will be aired by ESPN in two parts, on May 24 and 31 and they will be hoping it can deliver similar success to its 10-part docu-series on the 1997-1998 Chicago Bulls titled ‘The Last Dance.’