Lancing schoolgirl sent home for wearing too much make-up

Freya King, 15, was excluded from school for five days for wearing too much make-up

A furious mother has slammed her teenage daughter’s school after they excluded her for wearing too much make-up.

Freya King, 15, was left devastated when teachers, who were carrying out uniform checks at the school, sent her to the head teacher’s office on Tuesday.

Her mother, Chrissie, 53, was stunned when her daughter called her from Sir Robert Woodward Academy in Lancing to inform her she’d been excluded for five days.

Mrs King claimed her daughter had been singled out and other youngsters wear more make-up than Freya.

The 53-year-old said: ‘The teachers conduct uniform and make-up checks at the gates as the students come in to the school.

‘On Tuesday, Freya and her friends were going in when she was told she had to go to the headteacher’s office because she was wearing too much make up.

‘She went to the office and waited ten minutes but no one turned up – she called me in tears and she was terrified because she’s never been in trouble like this before.

‘Me and my husband Jason are not against the school rules and there have been times Freya has worn too much, but she has toned it right down after being warned.

‘Teenage girls are going to wear make up – it’s almost a confidence thing.’ 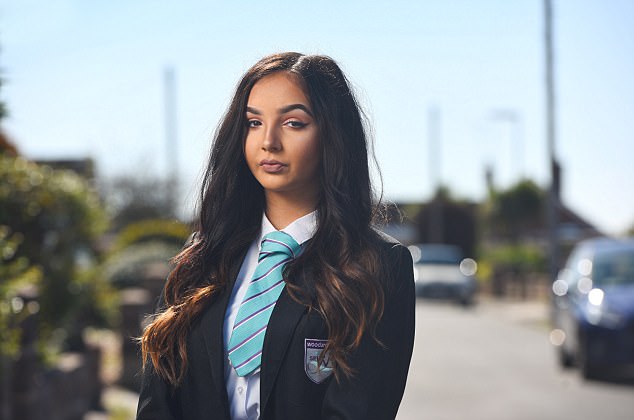 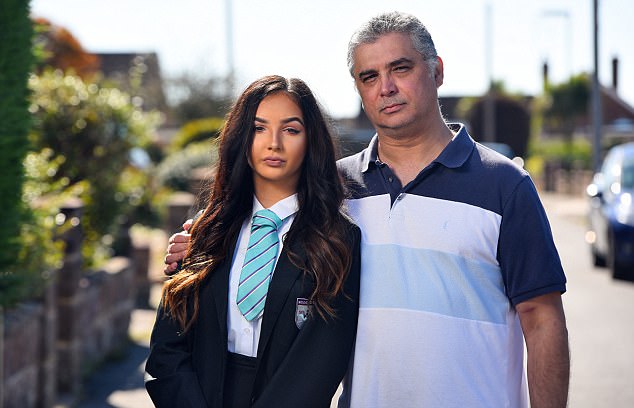 Freya, pictured with father Jason, has been excluded from her school for five days during her GCSE year 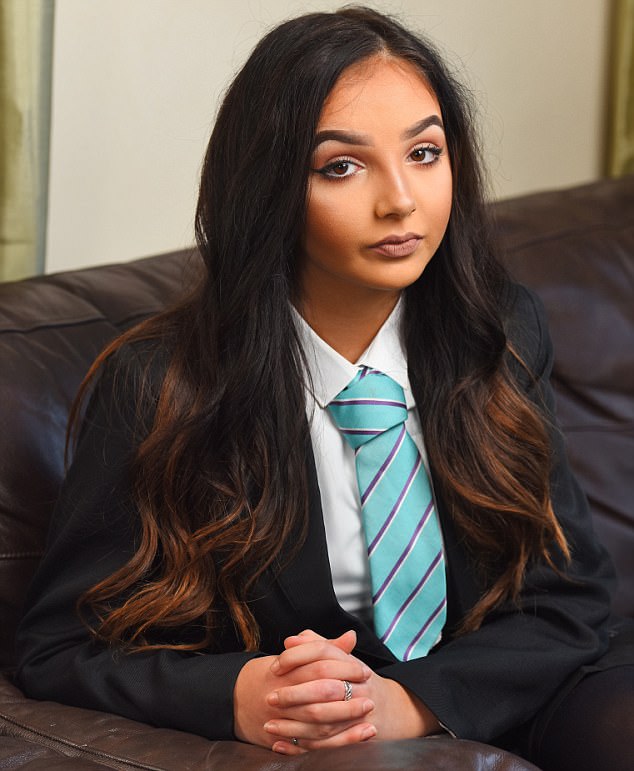 The school’s make up policy says students can wear make-up so long as it is ‘kept to a minimum and natural looking’.

It also states that students must not wear false eyelashes or nail varnish.

Freya was excluded from school for wearing excessive make-up, according to a teacher

However Mrs King said the policy is ‘open to interpretation’ and depended on the teacher doing the checks at the school gates.

She said: ‘The school have a new headteacher and they keep doing prison-like inspections at the gates to check uniforms, which is a waste of time.

‘At the moment, different teachers do the checks on different days and most don’t seem to have a problem.

‘It’s the same teachers telling her she is wearing too much make up each time they do the checks.

‘But there are other girls wearing far more who aren’t questioned.

‘The policy is open to interpretation and most of the teachers are male, so how do they judge what is too much.

‘It took three days for the school to confirm in writing that she had been excluded.

‘This is such an important year for Freya with her GCSEs and the school have done this.

‘It really is ridiculous. I could understand her being given a detention or even put into isolation and just set work to do on her own. But they’re now interrupting her education.’ 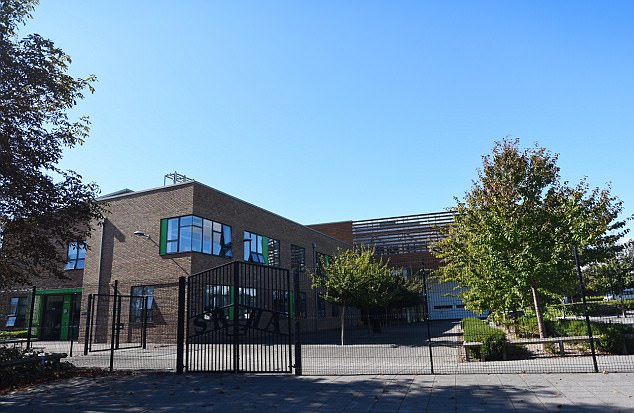 A spokesman for the West Sussex school said: ‘Sir Robert Woodard Academy operates a smart and professional dress code for all students that helps prepare them for the working world. This dress code is clearly stated on our website and in parent and student handbooks. It is repeatedly reinforced in school assemblies and by teachers.

‘In a school, rules have to be implemented and observed and while in this case repeated warnings were given, they were constantly ignored.

‘We do not exclude without careful consideration but the student’s open disregard and attitude has led us to take this action.’